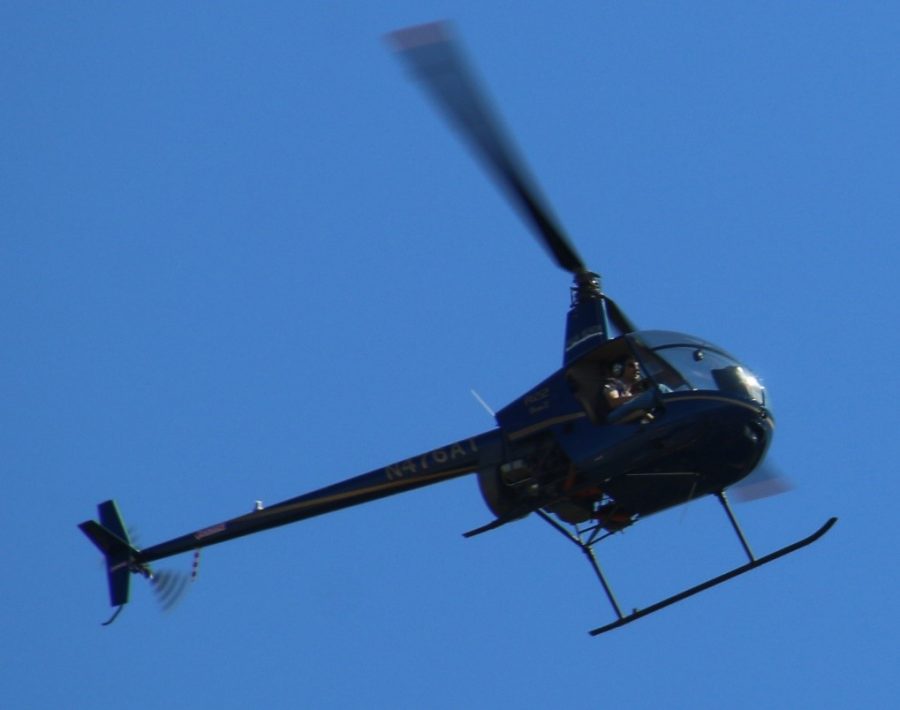 PRESIDENT TRUMP IS LOOKING UP

But not at aviation in the sky due to many restrictions on flight practice, which the Lantana Airport claims is hurting their businesses.

Florida has been home to many presidents, such as Harry S. Truman, John F. Kennedy, Richard Nixon, and now our new president Donald Trump, who frequently stays in his Mar-a-Lago estate right in Palm Beach, which is only a little over 10 miles away from Suncoast High. Trump’s frequent visits have been causing complaints from many in Florida due to traffic changes and the inability of private flights to land within 10 miles of Mar-a-Lago (unless they are screened by the TSA). In addition, all flight practice is banned at the Lantana airport because of its close proximity, which many small businesses at the airport claim is hurting them tremendously.
The major argument on the table for the small businesses of Lantana Airport and the United States Government is reimbursement for the money lost when President Trump stays in Florida. Jonathan Miller, the contractor who operates Lantana Airport, claimed in an interview with the Palm Beach Post that they have already lost one flight school due to President Trump’s numerous visits and the restrictions surrounding visits.
Former pilot William Coakley who is involved with the Lantana Airport said, “Yes, it has a negative effect on business, but I think that effect has been grossly exaggerated.” Coakley refuted the supposed loss of the flight school, saying, “those restrictions were announced weeks after I received a letter from the FAA [Federal Aviation Administration] … Saying that this company planned on leaving at the end of February. So, in other words, that loss, that he alleges that he is going to take because of the less of the helicopter school, is bogus.”
Compared to other airports, those in Florida have more flight practice days because of the tropical weather. They do not have to deal with shutting down for major weather conditions, like snow or ice. Therefore, airports in Florida have more sunny days for flight practice compared to places such as New York or Chicago. The loss of flight practice days due to Trump’s restrictions can easily be rescheduled, because the weather is commonly nice.
Coakley, being a former pilot, also pointed out that many pilots do not wish to switch schools, move to a new area, or get a new instructor solely because of a few missed practices. “In general from knowing a lot of pilots, they’re very loyal to their schools, and especially their instructors,” said Coakley. The New York Times recently interviewed Coakley as well, and they were only able to bring up one instance of a student moving because of the flight restrictions.
Therefore, because of Florida’s normally nice weather and many unwilling to move students, most of the money losses that the Lantana Airport claims to have taken can easily be pegged as rescheduling problems. The Lantana Airport will most likely instead get their money at a later date.
William Coakley is also the Vice President of the Lake Osborne Estates Civic Association, which is the neighborhood association of Lake Osborne Estates, a neighborhood directly across from the Lantana Airport. Residents of Lake Osborne constantly deal with the sounds of the flight school, and worse, helicopters that fly over the neighborhood that were originally unauthorized to do so. Trump’s visits to Mar-A-Lago have “highlighted the noncompliant helicopter training that goes on here on a daily basis… The county established, about 20 years ago, a set of flight rules when the helicopters schools came in,”Coakley said. These rules consist mostly of agreeing not to disturb the private residencies nearby, however, that is all that they do.
When President Trump is in town, there are no bothersome noises of the helicopters flying over houses, and no longer are homeowners “driven from their porches and forced to shut their windows to block out noise,” Coakley said. Other residents agree, including Suncoast Junior Aiden Talavera, who agreed that the helicopters were disturbing, and that the neighborhood “has been more quiet,” while Trump was at Mar-a-Lago.