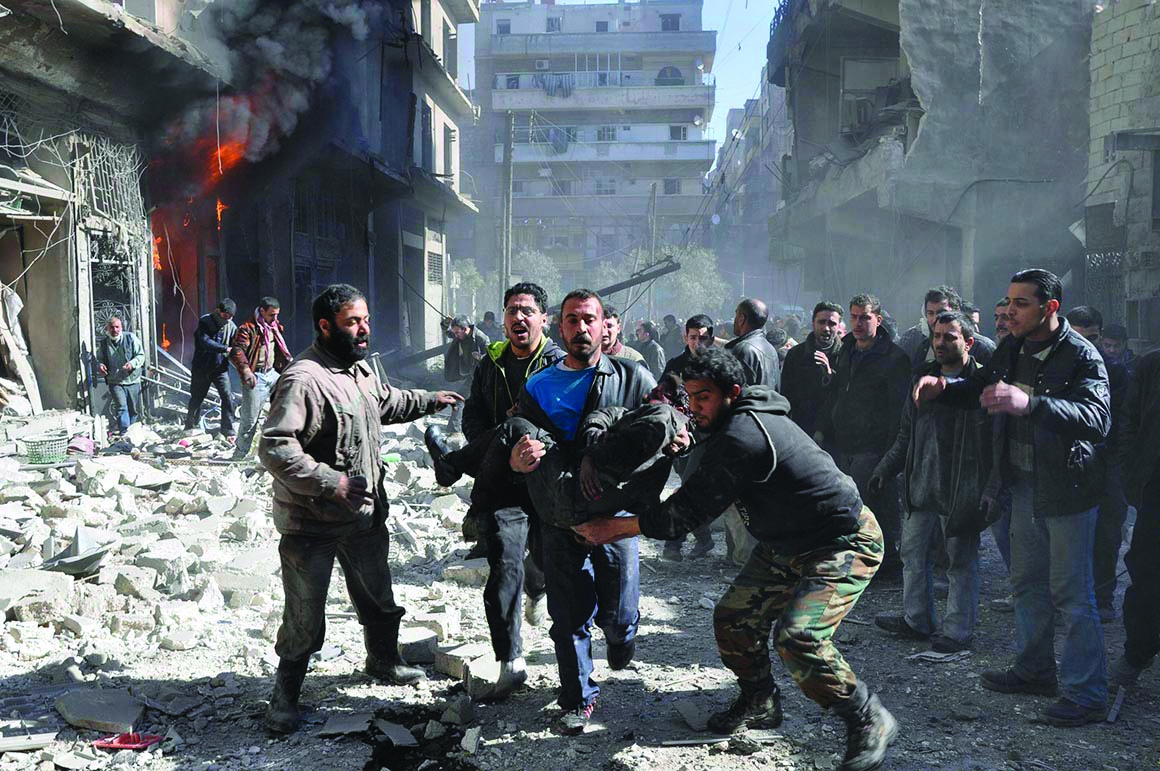 Desensitization to the war in Syria can affect the entire world.

While 500,000 Syrians have been killed and 11 million have been forced out of their homes, Americans are busy watching “Stranger Things” on Netflix and watching Drake and Rihanna’s relationship unfold. This is known as desensitization. Since the 1900s, Americans have cared less about violence around the world. In 2011, protests sparked a civil war in Syria. As the violence increased, Syrian lives were affected everyday. As more countries become involved in the war, coverage of the events get broadcast on social media more frequently.
Through modern technology, people have the world at their fingertips, exposing them to events that occur across the globe. This constant exposure can have a psychological effect on people; they eventually view drastic events as “just another news story.” According to the American Psychological Association, repeatedly seeing violence in media may become enjoyable to children, which would eventually affect their behavior.
“We don’t understand the severity of people who can’t even walk outside their own homes without being scared for their own safety,” Junior Binathi Vuppuluri said. Families are afraid to risk their family’s lives due to the constant attacks in their country.
Although desensitization may not seem important at the moment, it can become a long-term issue. Over time, people would not feel triggered by the spread of war, allowing violent attacks to occur more often. People also may not feel affected by the war because it does not affect their loved ones.
In retrospect, desensitization is an issue that negatively affects people around the world, especially in countries such as Syria. Putting an end to the issue could help educate people on serious world problems, which could stop war and violence, making the world a better place.