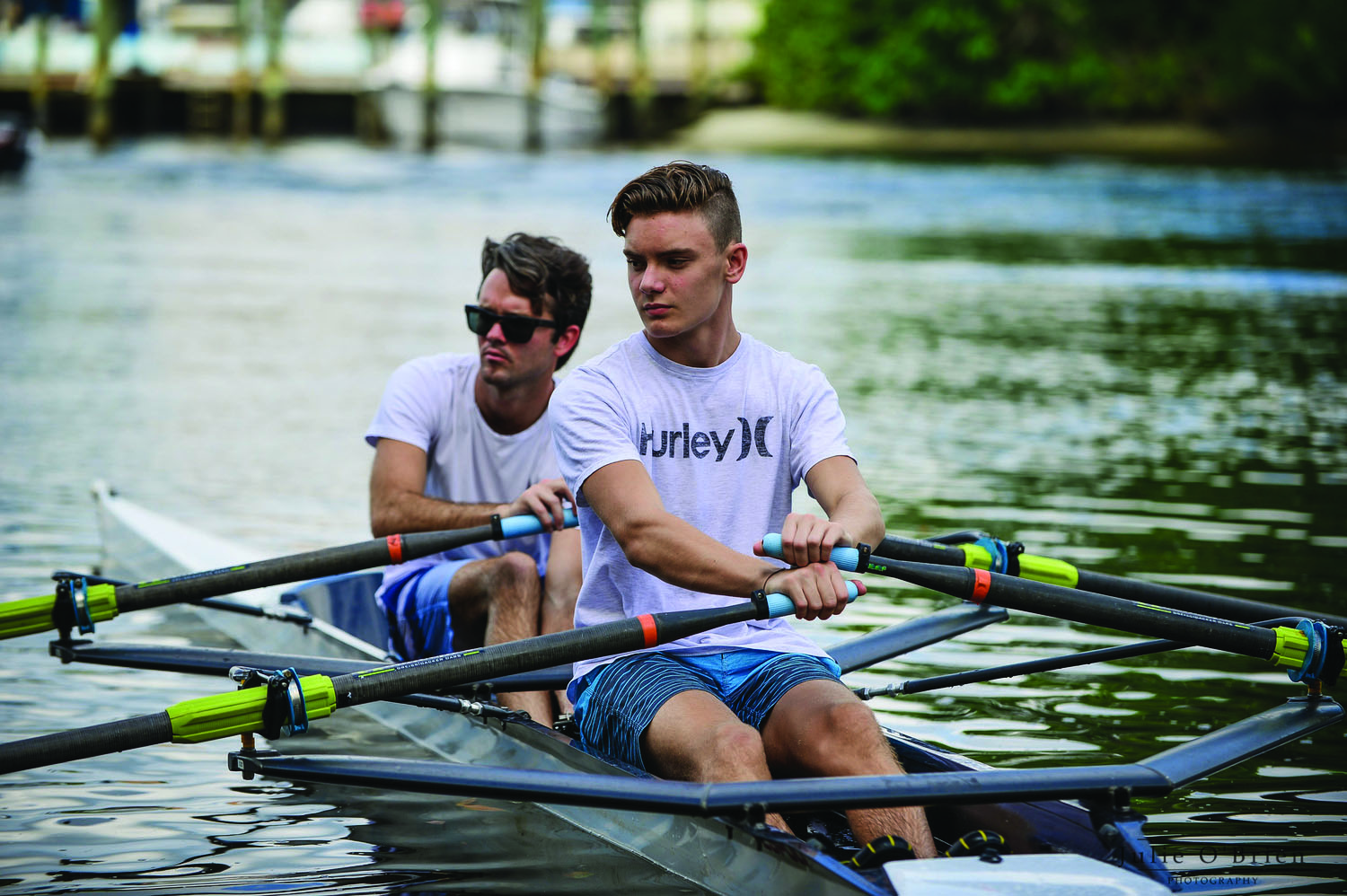 THE MORE YOU ROW

When they are not doing homework or studying for a test, some Suncoast students are working out at the Palm Beach Crew Rowing Club. While the club is not directly sponsored by Suncoast, many of the club’s members are Suncoast students.
The rowing club meets at Juno Beach Park and practices rowing on the Intercoastal six days a week. To keep in shape, rowing club members must do many land-based workouts in order to get better at rowing, including arm and core exercises. Along with this, members use a rowing machine called an erg to improve their rowing technique.
When rowing club members are not practicing their own individual skills, they are competing with other rowing clubs in races, known as regattas. In regattas, competitors row two kilometers, over a number of different events, with each event having a specific number of members rowing. Individual regattas are a straightforward race in which each competitor races with two ores in a boat by themselves. When there are multiple people, things change as each event is split into two categories. The first category is known as “sweep” and involves each team using only one oar per person. This promotes teamwork and technique in order to win. The other category is called “skull”, which involves two oars per person. While teamwork is still needed to win in these races, overall speed plays a slightly more important role since synchronization between the right and left sides is much easier to control. Both the sweep and skull have two person, four person, and eight person events.
Suncoast junior and rowing club member, Taylor Reed, has been involved with the club since the beginning of this summer. “Primarily we row,” Reed said, “We do like core workouts: situps, pushups, that kind of thing. We also do running and weightlifting too. Rowing primarily uses the quadriceps.” Reed participates in the rowing club because it is a great workout and looks good on college applications.
Next time you are looking for an exercise-filled hobby, think about joining the Palm Beach Crew Rowing Club, it will be an exciting new team-based sport that is sure to get you in shape.