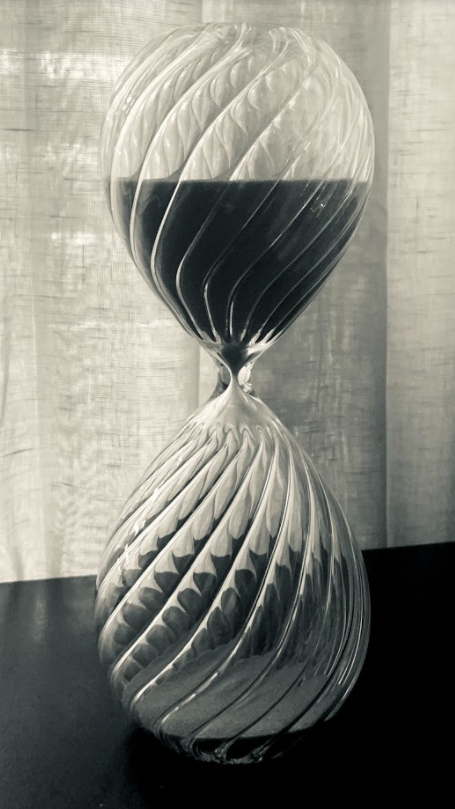 Is Time Running Out?

How the stress of becoming an adult causes anxiety in teens.

Growing up and becoming an adult comes with many burdens that can make life stressful. Many teens have to endure obstacles within their home lives along with school. Starting an independent life and choosing career paths are among some tasks that prepare teens for adulthood. The bright childhood that was once enjoyed is now disappearing and coming to an end. It is hard to imagine a life on your own, but it is slowly becoming a reality.

“Growing old is unavoidable, but never growing up is possible. I believe you can retain certain things from your childhood if you protect them – certain traits, certain places where you don’t let the world go,” Martin Luther King Jr. stated.

In the past, school consisted of fun games and activities that brought imagination and creativity to the minds of children. Now as high school students are learning, the imagination and joy that was once found have been transformed into logical and reasonable thinking. The stress of testing and completing assignments has taken a toll on the minds of many students. Teens are worried about exam results, college acceptances, GPAs and their overall school performance. This stress affects the mental health of 83 percent of teens because they are so worried about succeeding. Studying every day and having loads of homework to do after school is another contributing factor to student’s stress. Students are working hard to achieve their goals, but do not stop to give themselves a break.

Another part of growing up is being about to support yourself financially. Finding a job that suits you and your career path can be a tedious process. Teens often get part-time jobs to gain a sense of training for future positions. Many teens tend to work at fast-food restaurants, supermarkets and/or public attractions. In order to get these jobs, teens have to fill out a resume and go for interviews. Getting a job helps teens to form communication and responsibility skills that can benefit them in the future. Knowing when to save, spend, or share money also comes into play when teens start making money. Prioritizing what you need before what you want is important in teen spending. Having positive money habits as a teen will be beneficial in adulthood.

“Many people lack discipline when it comes to saving money. What good is having a bunch of stuff if you’re struggling, in debt, or broke most of the time? So many people put up a front like they’ve got it going on, but they know the truth. They spend all of their money trying to look important, and/or keep up an image. Knowledge is everything! Educate yourself about money, investing, and saving,” Stephanie Lahart, a youth motivational speaker and author, stated.

Growing into an adult may not be a simple process, but working towards a successful future as a teen will make it a whole lot easier!