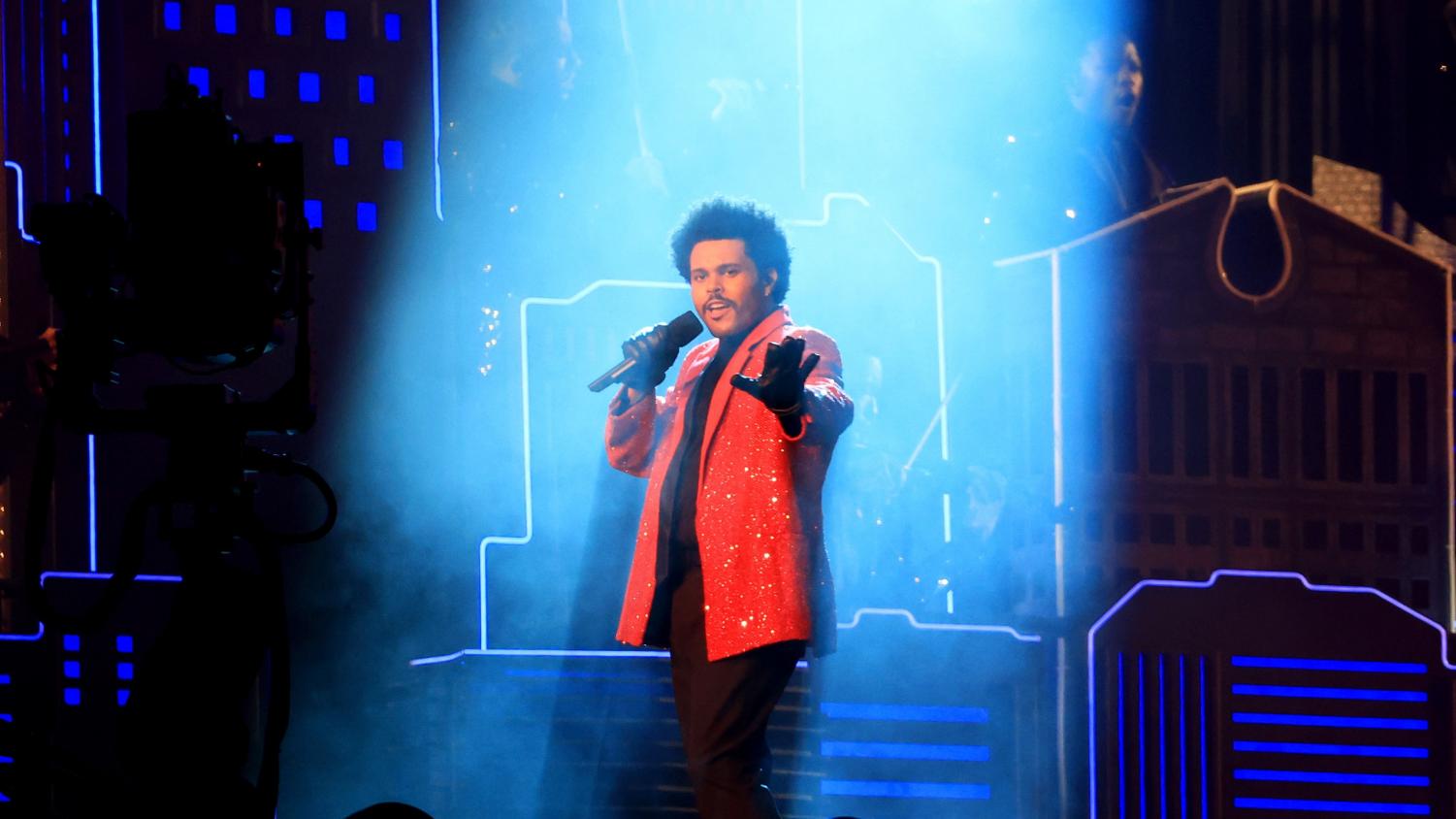 The Weeknd lit up the Pepsi Halftime Show during Super Bowl LV.

Super Bowl LV in Tampa, Florida was provided a much needed boost from The Weeknd’s halftime performance during the Pepsi Halftime Show on Feb. 7, 2021. Wearing a sparkly red blazer and a pair of black gloves, the 31-year-old Canadian singer utilized numerous background dancers; an orchestra, a set modeling the Las Vegas strip and fireworks for a grand performance of his biggest hits. The Weeknd’s halftime performance was met with mixed reviews and resulted in several memes across the internet.

Some, like Junior Keilana Brooks, found the performance very exciting. “I loved [The Weeknd’s] set-up and how he picked all of the perfect songs to sing,” said Brooks, “with all of the singers and lights, he brought his songs to life, which made it feel like I was right there in the stadium.”

In fact, according to Billboard, after the Super Bowl, The Weeknd saw a 41% increase in streams for all of the songs he performed during the show, like “Blinding Lights,” “Save Your Tears,” “The Hills,” “Starboy,” “Can’t Feel My Face,” “I Feel It Coming,” “Earned It,” “Call Out My Name” and “House of Balloons/Glass Table Girls.”

Senior Tawfiq Rawnak similarly stated that he loved The Weeknd’s performance during the Super Bowl. “I am a huge fan of his work and I know all of his music and performances are metaphorical,” Rawnak explained.

On the other hand, some viewers felt The Weeknd’s Halftime Show was underwhelming. People on various social media platforms were confused by The Weeknd’s performance and felt it was overhyped. Some even noted how The Weeknd did not have any other artists perform with him unlike previous Super Bowl performances.

Whether people liked the performance or not, everyone could agree on there being many memes after the halftime show. It was The Weeknd’s performance of “Can’t Feel My Face” that sparked memes as he walked through a brightly lit mirror maze while holding a camera and continuously moving it. People made memes of the performance on Twitter and Instagram, and eventually, The Weeknd made fun of himself too!

Brooks personally loved the memes and found many of them relatable. She actually was not surprised by The Weeknd’s reaction explaining that The Weeknd “is one to go along with jokes.” She found “it cool and funny to see that [The Weeknd] was able to laugh at memes of himself.”

Rawnak expressed how this “shows that The Weeknd really cares about his performance and how he used this opportunity to not only invest in the Super Bowl, but to self promote his album through the series of metaphors not only in his songs, but in his videos too.”

Showtime also announced that they will be releasing a documentary that details the behind the scenes of The Weeknd’s halftime show performance. It will be 90 minutes long and released later this year.

No matter what, The Weeknd certainly provided excitement to a rather lackluster Super Bowl!