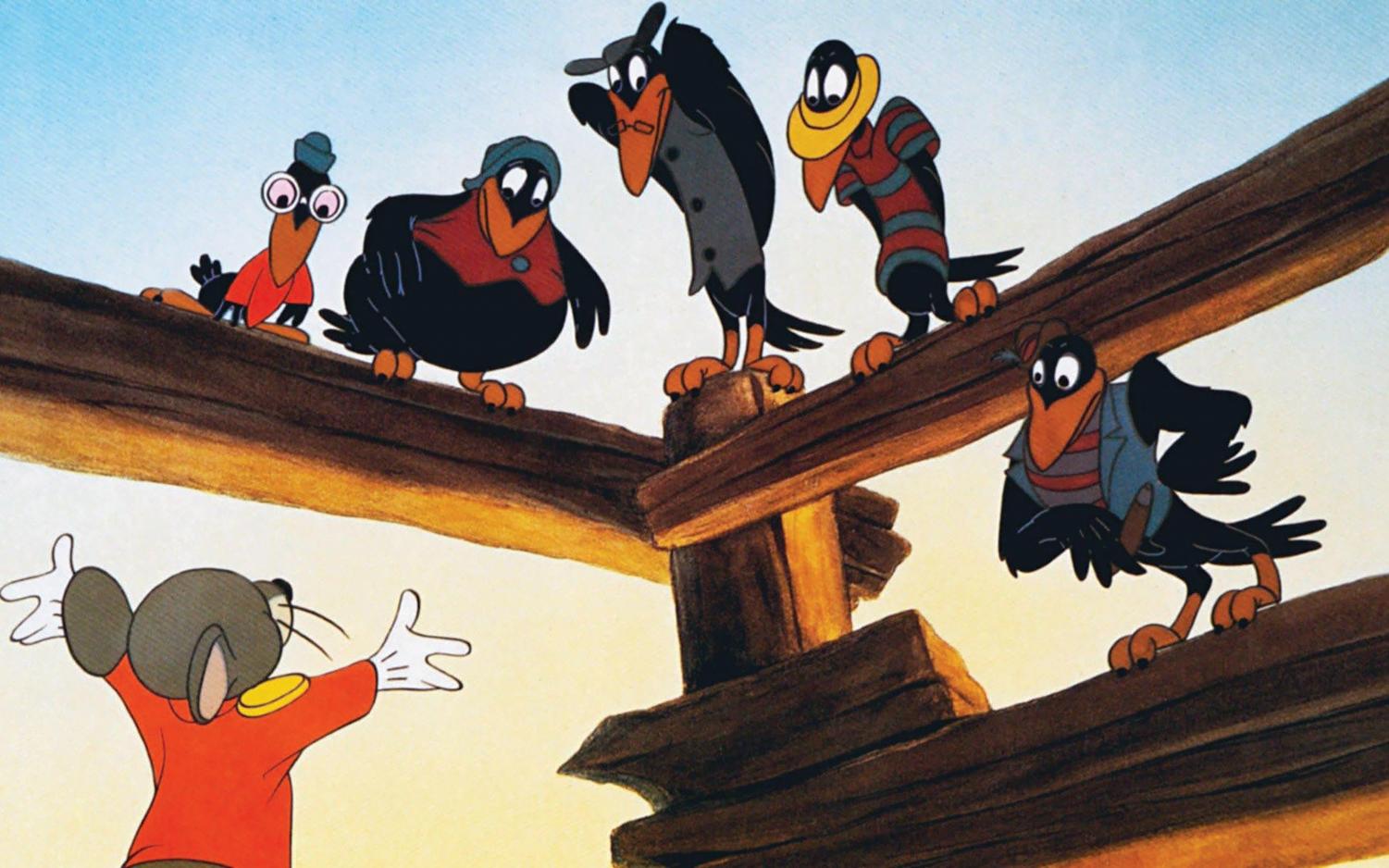 TO KEEP OR NOT TO KEEP?

Companies consider whether to keep or remove productions with stereotypes.

Ah, the classics. The shows and movies that you grew up with. The ones you used to watch with your parents and siblings. The ones you rewatch every now and then because they never get old. The classics bring back such happy memories. They make you feel nostalgic as you recall the simpler times, where you had absolutely no worries in the world.

Many of these classics, however, have recently been called out for their racist depictions of minorities and for including archaic stereotypes. With more attention and conversation on issues of race following the death of George Floyd, companies have been urged to address this and take action to prevent younger generations from encountering and accepting these depictions and stereotypes.

In October 2020, Disney decided to strengthen its warning labels for many of its classics on their streaming platform Disney+. Stronger warnings have been added to movies like “Dumbo”, “The Junglebook” and “Peter Pan” etc.

The warning appears for a few seconds prior to the start of the work containing racist overtones. In it, Disney stated, “These stereotypes were wrong then and are wrong now. Rather than remove this content, we want to acknowledge its harmful impact, learn from it and spark conversation to create a more inclusive future together.”

Disney actually included labels back in November 2019. Their message back then stated, “This program is presented as originally created. It may contain outdated cultural depictions.” This, however, was not completely well received as many found this label to be rather short and insincere.

Senior Sierra Robinson commented, “I appreciate the fact that [Disney] acknowledged their errors and wanted to take responsibility for their actions.”

Disney is not the only company that has had to take action on some of its classics. Companies like Netflix, HBO Max and Hulu have had to pull shows that contained racist descriptions. For example, HBO Max removed the movie “Gone With the Wind” from its library after increased calls for its removal due to its portrayal of slavery in the South. HBO Max does plan to make the film accessible to the public again after they add a label explaining the film’s historical context and condemning the film’s portrayal of slavery.

Other productions that have been pulled, or have had parts removed, include “Cops”, “Scrubs”,“The Mighty Boosh”, “The League of Gentlemen” and “It’s Always Sunny in Philadelphia” etc.

This has raised an important question as to what exactly companies should do to address racist undertones in old shows and movies that many consider to be classics. On one hand, removing these classics prevents younger generations from watching these productions and connecting them to older generations. On the other hand, however, keeping these works makes a company seem ignorant and dismissive of issues regarding racial depictions.

Senior Mahatru Miryala expressed that it was better to include labels than completely removing these works. He explained, “Putting warnings [in the beginning] and acknowledging the past is far better than pretending it never existed.”

Robinson similarly felt that “a selection of these movies or shows [should be kept] with labels to allow individuals to educate themselves on these issues.”

Though it is a difficult choice, it is absolutely necessary that companies do something.

Whether they remove episodes or particular scenes, or add warning labels, or completely pull the show, streaming sites need to do something. They cannot ignore racism within works in their library. Doing so would not only set a bad impression of them, but it would set a bad example for children too.

Miryala described how “it is important to address these issues, especially as the social climate changes and people’s values adapt.”

Yes, some may say the past is in the past. However, the past exists in order for us to learn from it and grow. It exists so that one does not continuously repeat the same mistakes over and over again.

Robinson elaborated, “There should be no debate on whether or not [these issues] are important or if they should be addressed. There is no doubt that they are wrong and everyone should be educated on and understand why racism exists.”

As the classic phrase goes, “Doing something is better than nothing,” it is important that streaming platforms do something, really anything, to address any wrongful portrayals of minorities or any racial issue. Not to make them look good, but because it is the right thing to do.