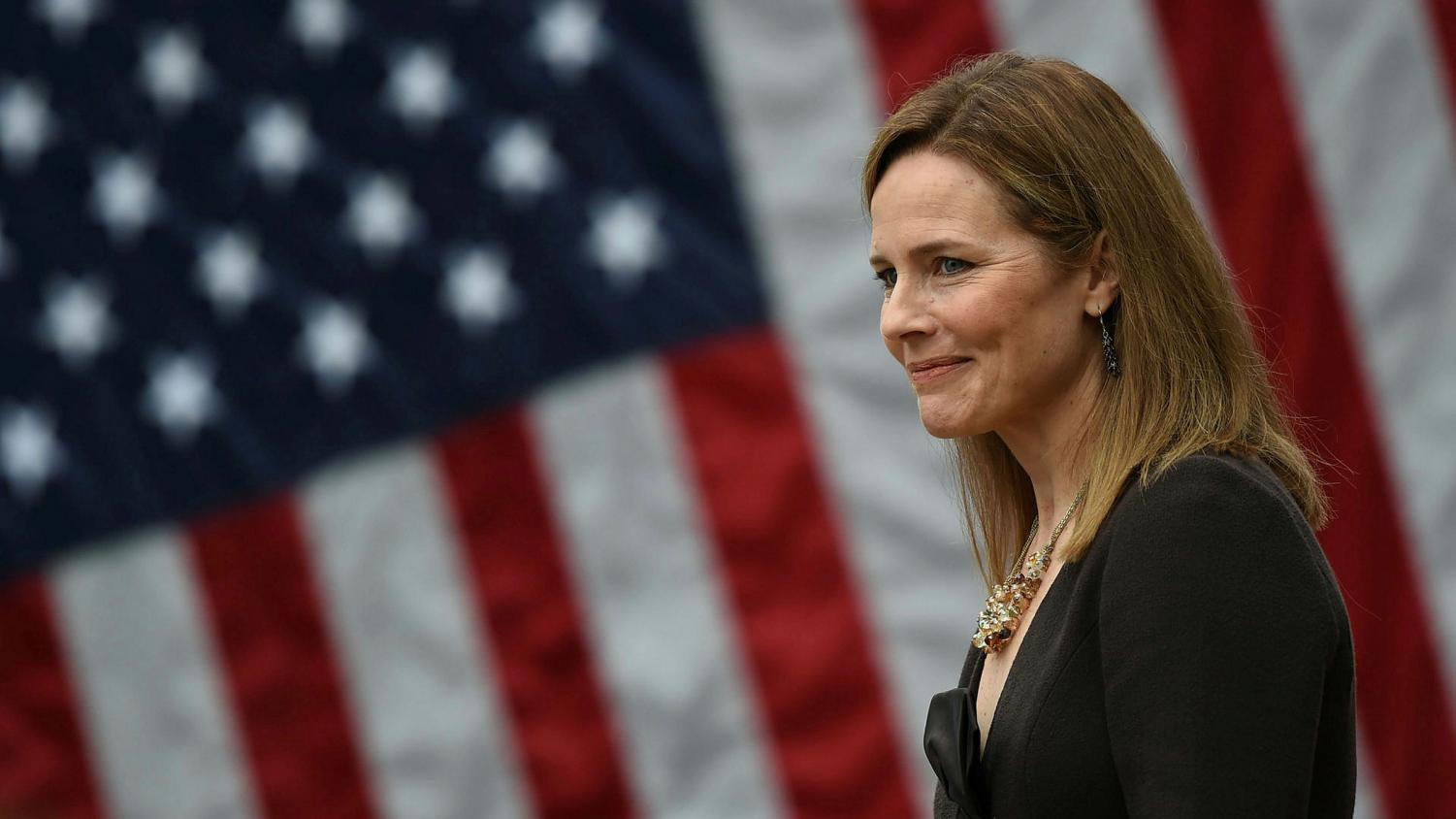 Judge Amy Coney Barrett was sworn in as Associate Justice to the Supreme Court.

On Sept. 26, United States Court of Appeals Judge Amy Coney Barrett was nominated by President Donald Trump to the position of Associate Justice to the Supreme Court. Her nomination came just eight days after the death of Ruth Bader Ginsburg, former Associate Justice and avid women’s rights activist. Barrett’s nomination was highly controversial, as it came less than seven weeks before the presidential election on Nov. 3. However, this controversy did not stop President Trump’s push for Barrett’s confirmation, and on Oct. 26, just eight days before the election, Amy Coney Barrett was sworn in as Associate Justice to the Supreme Court of the United States.

Barrett’s confirmation has caused a tremendous uproar, as it could mean the end to the Affordable Care Act (ACA), as well as the overturning of the Supreme Court decision in Roe v. Wade, which gave women the right to an abortion. Also, many people believe that President Trump should have waited and let the winner of the election nominate someone to the court. So was Trump’s decision the right decision?

No. Not at all. At that point in the campaign trail, Trump’s biggest concern was getting as many votes as possible, but by adding an anti-ACA justice to the court, which could lead to the end of the ACA, he risked losing votes from voters who have pre-existing conditions. The end of the ACA would mean the end of healthcare coverage for individuals with pre-existing conditions, who otherwise could not afford health insurance. It would put the lives of millions of Americans at risk, which is the last thing the president would (or at least should) want.

Also, vacancies like this one are not new, and have happened multiple times in the past. In 2016, former president, Barack Obama, nominated Merrick Garland to the Supreme Court, but the Senate would not confirm him, with Republican Senator and Senate Majority Leader Mitch McConnell saying, “The Senate will appropriately revisit the matter when it considers the qualifications of the nominee [that] the next president nominates, whoever that may be.” However, this did not stop Senate Republicans, along with McConnell, from confirming Barrett to the Supreme Court.

“I don’t agree [with the confirmation],” senior Daniel Borenius said, “Normally, it’s fine to appoint a new [justice]. It’s just a problem since Republicans [stopped] Obama from appointing a new [justice] years earlier, and now they are angry that the Democrats are doing the same thing. I think both parties were wrong at some point, but right now the Republicans are being hypocrites.”

Judge Barrett’s nomination and eventual confirmation may have been one of the many causes for Donald Trump’s loss in the 2020 election, and although he can try to challenge each state’s counts, it would be nearly impossible for him to prove voter fraud with no hard evidence. Barrett’s confirmation was like gasoline, thrown on the burning Washington, and undoubtedly helped Democratic candidate Joe Biden win the election.