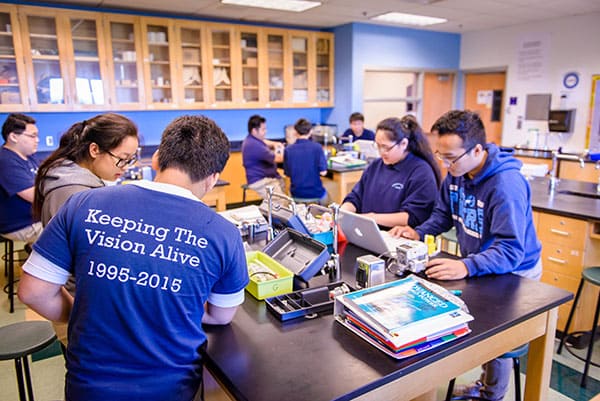 School clubs are adapting to in-person and online meets.

What is not to like about school clubs? Joining a club will allow for closer connections with others, increase in interactions with peers, improve academic performance, etc. School clubs have been around for a while, providing extracurricular activities; However, some things have changed throughout the pandemic. Suncoast clubs are currently still occurring but with small revisions made to fit the restrictions due to COVID-19.

School clubs have been trying to stay consistent. With the combined efforts of teachers and students, clubs have been working efficiently with most clubs online and some of the clubs allowing students to stay after school. There have also been major changes to the competitions.

“ For debate club, all competitions are online, GSA club has an international event at the end but for now we don’t know much information about it. Most clubs are online and this changes the routine we have adapted,” sophomore Chelsea Brooks said.

Usually, events in person allow for human interactions, but with the risk of sickness, these events are modified. According to U.S. News, with Speech and Debate, it has “moved online this summer and saw more than 6,600 students compete. Likewise, some drama teachers got creative when the coronavirus caused cancellation of scheduled productions last spring, shifting to recorded audio plays, short films and table readings over video calls.”

Some events have taken drastic measures and canceled their entire event due to the global disease still currently spreading. Even events that happen annually have been canceled or delayed for safety measures.

“For Key Club, we had an event called D-con that was canceled last April and probably won’t be happening this year either,” junior Sophia Osborne said.

“I have Debate 3:30 to 4:30 or 5 and Key Club is usually once a month and the times are decided by the officers,” junior Sophia Osborne said.

While most clubs are online there are still activity buses arriving at 6:00 p.m. to take students home from any clubs or after school activities that occur. Even during these school clubs, social distancing measures are still in effect with students required to wear masks and much more. For instance, in Key club, there was an after school activity on October 18, where students were allowed to come to make posters after school for Bethune Elementary School Drive and the UNICEF Trick or Treat.

“I’m doing six clubs: Girls with Girls every Thursday, debate every Monday/Tuesday, GSA every Wednesday, Girls who Code every other Wednesday, Step on Thursdays and Wednesday after school and Games for Service club is whenever,” sophomore Chelsea Brooks said.

Students are still participating in many school clubs even if it is a slightly more difficult with the dates, times and obstacles presented by COVID-19. Clubs are adapting and so are students to help preserve the authenticity and atmosphere of the clubs as much as possible.