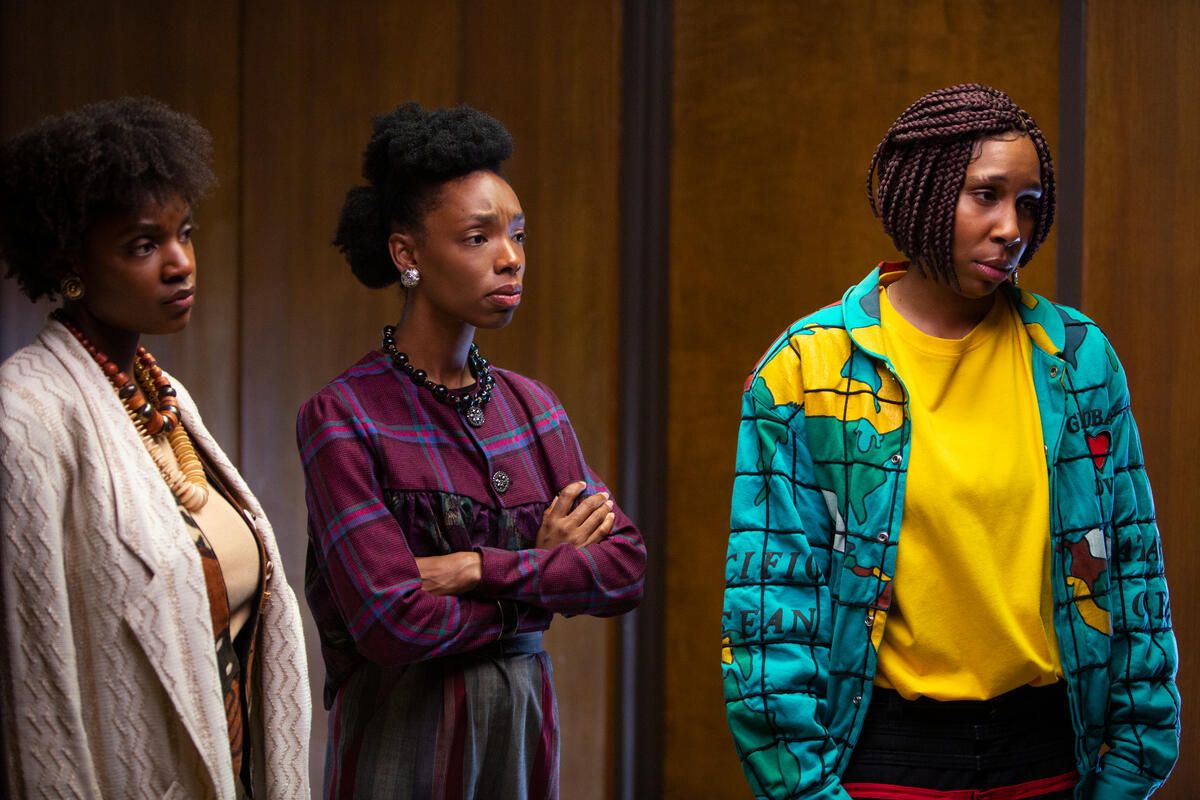 WEAVE CAN BE A KILLER: “BAD HAIR” MOVIE

The 2020 Hulu original, “Bad Hair”, is a satire horror/thriller movie set in 1989 Los Angeles. With Justin Simien, the director of the television series “Dear White People,” as both the director and writer of the movie and the cast consisting of a majority of African Americans, it is safe to assume the demographic the film is reaching out to.

There are a plethora of recognizable faces, including Kelly Rowland, Vanessa Williams, Laverne Cox, Blair Underwood and Usher Raymond. Elle Lorraine plays the main character Anna, and is also known for producing “Insecure” and “Dear White People” alongside Simien.

The movie follows Anna, a dark-skinned kinky-haired woman, as she navigates the world of television production. Anna works for a television channel appropriately named Culture. She is the assistant to the head of the channel, Edna, who is played by Judith Scott. When Edna is replaced by a light skinned, fair eyed, former supermodel with weave named Zora, played by Williams, it is sternly suggested to Anna that if she wants to obtain more responsibility regarding the channel, she has to appeal more to a white audience, while ironically working at a television channel predominantly for black viewers.

Anna is anxious and desperate and ends up getting a sew-in, which is shown through one of the most disturbing scenes seen in the movie. Anna has never gotten a weave before and due to the past trauma done to her hair as a kid, she seems to be particularly sensitive or “tender headed.” She constantly winces from the pain of getting her hair cornrowed and even cried during this procedure.The audience is shown close-ups of the needle digging into her scalp and blood spreading around her hair follicles.

Anna passes out only to be awoken with her new hairdo, and people start to look at her differently with her now straight hair. The rest of the movie simply revolves around the idea that the weave that was sewn into Anna’s and other girl’s heads is possessed by bloodthirsty witches. The hair feeds on blood and kills people in order to take full control over the person wearing the hair. Anna turns to a folklore of the enslaved for advice and guidance. We are given scenes of Anna learning about the tale of “The Moss-Haired Girl,” the story of a slave woman who fashions herself a wig from the dark moss that grows on a tree on the grounds. We also see scenes that alludes to the story, but they feel rushed and are masked by the attempted rapes, bad 90s angles and less than comedic scenes.

Simien is using horror as a framework to critique racism and how black people make sacrifices, changing their look and identity to appease to white people. Simien also opens the doors for discussing natural versus processed hair.

It was a daring movie to make and unfortunately it failed to meet the expectations of the audience it was reaching out to.The film lacks a straightforward plot and leaves the viewer with many questions. The scenes were overstuffed and the message the movie was trying to portray feels lost inside the unnecessary amount of characters and the underdevelopment of the movie.

Williams said, “I don’t like the idea that weave is evil, or that it is something that should be demonized. I think weave is a great way to enhance the length of your natural hair.”

She takes pride in wearing both her natural curly hair and a weave, and the subject of the movie, that black females get weave to satisfy others and cannot succeed with natural hair “made [her] heart sink.” Luckily the movie did not change her opinion on hair and she doesn’t think her weave will kill her.