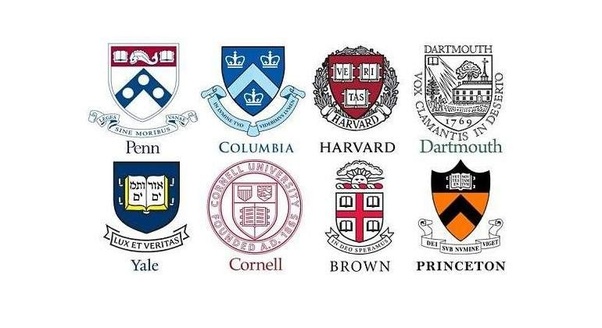 IVY LEAGUES: ARE THEY WORTH IT?

The hype placed upon Ivy Leagues leaves high schoolers in the dark.

Opening her computer with sweat covering her face, the young girl anxiously fidgeted as she awaited the news for Princeton University. One more minute, and she’ll know her college fate. The time came, and with anxiousness, she clicked to view her status. “Congratulations!, You have been admitted to Princeton University’s class of 2024!” Tears of joy and happiness flowed down her face as virtual confetti reflected from her tears. Another accepted student, now what?

Senior year is a time of excitement. The anticipation of prom, graduation, and other senior events serve as a reward to the hardwork and dedication put forth by the students themselves. On top of these anticipated activities, also comes the anticipated college decisions. In America alone, there are nearly 6,000 colleges and universities that exist, tailoring to the educational interests and academic pursuits of students worldwide. Of these 6,000, eight stick out as the most prestigious and selectively competitive: The Ivy Leagues. At young ages, students have been introduced to the Ivy League schools and their level of prestige by TV shows, movies, and even family members, but rarely do they understand the meaning of “Ivy League” , what it entails, and how it came about.

The Ivy League, is a selective and competitive group of eight Northeastern Universities that, according to US News, are known for their “highly selective admissions process, academic excellence, and promising career opportunities”. These eight universities include, Princeton University, Harvard University, Columbia University, Yale University, University of Pennsylvania, Dartmouth College, Brown University, and Cornell University. The origins of the term “Ivy League” is debatable, but many historians believe that it was coined in 1935, as “IV League”, in reference to the sports league that involved the original four colleges: Harvard, Yale, Princeton, and Dartmouth. Patricia T. O’Connor and Stewart Kellerman, in their blog titled Grammarphobia, highlight how the term “Ivy League”, was not popularized until the ‘50s, where the phrase would then be “used to identify the colleges collectively and describe the characteristics of its students”. As the years have gone by, the characteristics and expectations of Ivy League attendees has been placed on a higher pedestal, enticing students worldwide to pursue their studies at one.

It is true that Ivy Leagues provide their students with top-tiered education and networking opportunities, but aside from the funding and student support, Ivy Leagues are not necessarily automatic doorways into opportunity. For one, students who plan to attend an Ivy League must know that it comes at a cost, both mentally and financially. With the cost of attendance for Ivy League schools ranging from 70,000 to 80,000 dollars, it is almost expected that students take out loans, along with other financial aid. But why take out loans during undergraduate years, when more money will be needed to pay for graduate school programs? Some students and even parents neglect to understand that loans accrue, and while it would not affect the student directly during their undergraduate years, it will become an issue right after they graduate with their bachelor’s.

Not only that, but the emotional toll that Ivy League universities can have on their students may also affect their mental health. According to Susan Kelly from Ezra Magazine, Cornell University, following a series of suicides during the 2009-10 school year, installed nets on their bridges in hopes of preventing any more suicide deaths. Other Ivy League universities, like University of Pennsylvania, followed these suicide prevention tactics to combat the rising number of succesful and attempted suicides that were occurring on their campuses. As recently as 2019, University of Pennsylvania released an initiative to improve mental health services on campus. Although it has not been widely used by their students, the university aims to make students aware of it, through many means possible.

The rigorous academic curriculum, competitive and stressful nature of Ivy League universities, may not always be as daunting, as many students leave them with positive experiences. Suncoast Alum, Danneile Davis, believes that attending the University of Pennsylvania truly granted her the opportunities needed to both succeed in life and reach her desired career.

“ For me, it was a life-changing opportunity that helped me study abroad for a full year, get top-tier jobs after graduation, meet my best friends and expand my social circle, and get into an elite grad school to pursue my passion in violence prevention. But even a world-class education is worthless unless you know what you want for yourself, are prepared to make the best use of your time there, and can find a way to make it financially feasible. If you are applying to Brown because you are excited to design your own major, or to Columbia because you love the core curriculum, and you’ve lined up a bunch of scholarships, then godspeed! You’ll have an amazing time; I know I did at Penn.” Davis shared.

But even though these opportunities occurred for Davis at the University of Pennsylvania, for others, it may not wholly be the same. In fact, opinions regarding any University may differ depending on the individual and their experience. Students should not apply or even attend an Ivy League if it is based on someone else’s experiences and opinions. If a university does not align with someone’s interests, drive, and overall personality, then they should not force it upon themselves. Princeton University is often discouraging to some students, given how far it is from New Jersey city life, while others may see its isolation as a means for forging stronger connections with faculty and students on campus. It really lies within perspective.

“If you’re just applying because Ivies are “the best”, although secretly you despise snow, or prefer small campuses, or are afraid of New York City, then you’re setting yourself up for misery. Be reflective and honest with yourself about what you actually want out of a university, and out of your life for the next few years. It’s okay if that changes—indeed, it definitely will—but at least start thinking about it. Then carefully evaluate all the aspects of a school, and narrow down a list that matches your value…The name of your school will matter a lot less than who you met and what you accomplished there,” Davis emphasized.

Yes, Ivy Leagues are extremely good schools  and will definitely get students the opportunities and internships they need, but for undergraduate students, it is not worth the stress and the hype. One can still attend a state college and be just as successful in any job field they choose. It really comes down to GPA, a willingness to learn, and who you know.