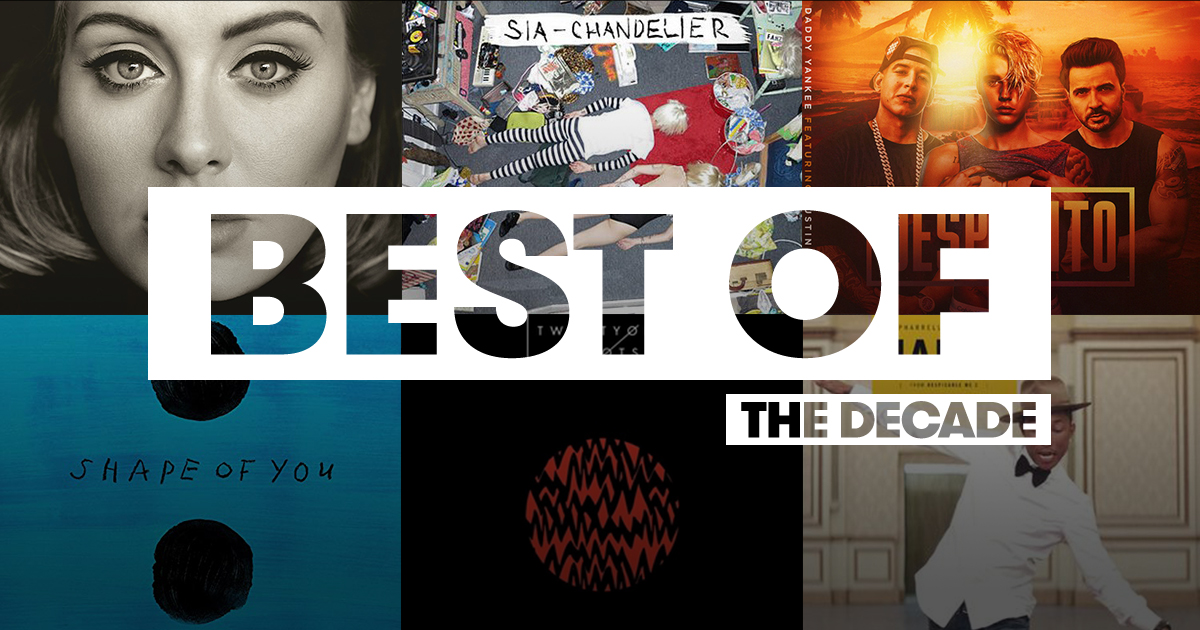 SONGS OF THE DECADE

Looking back on the songs that made the decade.

It is March of 2000 and “Say My Name” by Destiny’s Child has just peaked at the number one spot on the Billboard Hot 100 Charts. Adlibs and harmonies are blasted from the radio and Beyonce’s voice can be heard singing “Say my name, say my name, if no one is around you” as she calls her lover who she suspects of being unfaithful. A few weeks later, ‘Maria Maria” by Santana reaches the number one spot on the Billboard Hot 100 charts. Fast forward to 2010, “Tik Tok” by Ke$ha is number one on the charts making her song the first hot 100 number one of the decade.

Rap, R&B (rhythm and blues), pop, rock and country were popular genres of music throughout the 2000s, but the start of the 2010s marked a shift from an industry dominated by multiple genres to an industry dominated by pop. Artists such as Ariana Grande and One Direction made their musical debut and amassed millions of fans worldwide, while artists such as Beyonce, Nicki Minaj and Taylor Swift continued to make music despite their musical debuts years prior.

Songs such as “Wrecking Ball” by Miley Cyrus and “This Is America” by Childish Gambino peaked at spots in the top ten on the Billboard Charts because of the controversy and the messages behind them and some songs released throughout the 2010s decade allowed listeners to find an escape and other songs released were just feel good songs.

This feel-good song is about living life and being young.

Adele herself said that the song was a way for her to describe the vindictive feelings she felt towards her ex.

2012: “Somebody That I Used to Know” by Gotye featuring Kimbra

“Somebody That I Used to Know” is about the dysfunctional relationship between a man and a woman.

Macklemore described this song as the perfect parody song about the materialistic nature of rap music.

This hit by Pharell Williams was originally written for the Despicable Me 2 soundtrack, but many people saw the song as something uplifting and one about having no limits.

This song by Mark Ronson does not have a specific meaning, but the melody throughout prompted the song to reach the number one spot on the charts.

This song appears to be about a relationship between a man and a woman that has gone wrong, but many fans have speculated that this song is about one of Bieber’s ex-girlfriends.

Ed Sheeran once said that this song was originally written for someone else, but nevertheless this song describes the sexual attraction between a man and a woman who meet each other at a bar.

After a close listen, many can determine that this song is about the successes and the struggles that Drake has experienced throughout his life and although he has struggled, God has a plan for him.

Although this song may seem to be about horses, Lil Nas X revealed that the message behind the song is about perseverance.