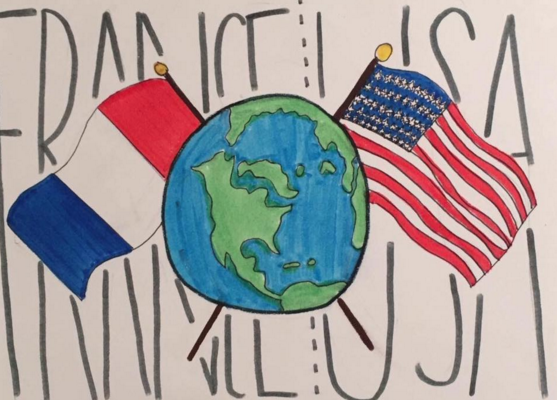 The “far-away” disease has had many close effects.

In the face of COVID-19, people all over the globe are seeing their projects, trips, and excursions canceled or indefinitely postponed for the sake of public safety. Schools such as the University of Florida and the University of Miami have joined several schools in canceling some or all in-person and moving courses online. However, the effects of COVID-19 can be felt even closer.

The French Exchange with the Caousou school in Toulouse has long been the highlight of the school year for many Suncoast students. From daily excursions on weekends to traveling in pairs to classes, Suncoast students are able to expand their horizons and develop everlasting bonds with students who live across the globe.

Yet on March 2, French health minister Olivier Véran made a firm decision in the face of COVID-19: across France in general, school trips in progress must be curtailed and all travelers must return home. School trips in progress within the country may continue, but in doing so must ensure that “no travel or layover in the ‘cluster zones’ in France is planned during the trip”.

This news came as a strong blow to many Suncoast students who were looking forward to learning more about another culture, practicing their French, or simply making a new friend. “I was really looking forward to taking them to prom,” senior Abigail Perree said. “They told me that it’s something that they’ve only seen in American movies, and it was their dream to finally come to prom with an American student. We were both so disappointed when we found it they couldn’t come and experience it.”

The onslaught of the news is not entirely grim. New trials testing out drugs against the virus are beginning in the US and other countries. According to the Guardian, some Chinese doctors are testing a drug known as hydroxychloroquine, a malaria drug that is cheap and highly available because it is off-patent. The first results released in mid-March indicated that cough, fever, and pneumonia went away faster in patients who were mildly ill from COVID-19 as laboratory studies have revealed that it can stop the virus from invading cells. Several teams are already testing vaccine candidates in animals and preparing to carry out small trials in people. The US company, Moderna Therapeutics, is already recruiting and hopes to enroll 45 volunteers between 18 and 55 and launch the trial by the end of April.

Essentially, there is hope that activities may be able to resume as normal before next year. “I’ve had so much fun doing it every single year, not only being able to show them the American culture but going over there and seeing how they live in a different country. It kind of just makes the world a little bit of a smaller place, knowing that we’re so similar in some ways and so different in others,” Perree said. The French Exchange has long spilled joy and happiness down the halls of Suncoast high school, and hopefully, next year, it can continue to do so again.