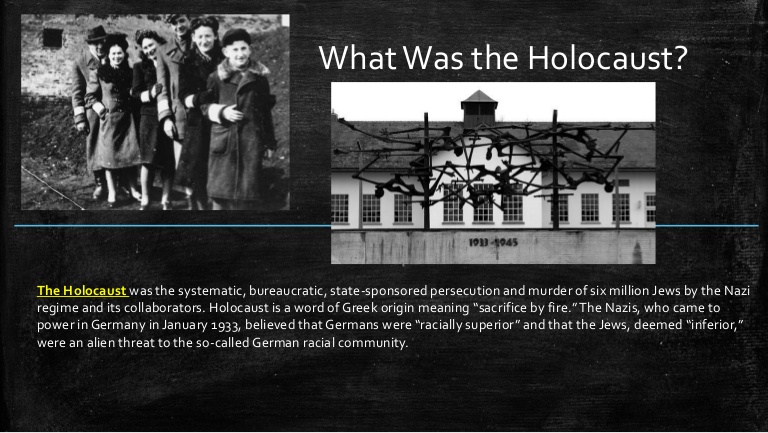 In February, the Jewish Student Union hosted the second Holocaust Assembly, which required the attendance of all sophomore students. The Holocaust Assembly that was composed of panel members who told their stories about the tragic events of the Holocaust. The assembly was arranged by both the Jewish Student Union and Holocaust Studies teacher Debroah Sunset’s class. The majority of the panel was made up of family members of Holocaust survivors and there were two Holocaust survivors; only one spoke. During the assembly, the panel members explained their connection with the Holocaust and how we students can take action on Holocaust deniers. Additionally, one of the panel members shared with students about loving themselves and to love everyone around them.

The students that attended stated they gained a new perspective on the Holocuast. Eilen Santos, a sophomore stated, “It was an enlightening experience,” she explained, “The panelist gave an eye-opening response to the questions asked and their experiences.” Furthermore, the President of the Jewish Student Union, Sara Friedman, stated, “[It was an] interesting and really insightful to meet with them.” The panel members came from across the world from very different backgrounds, which offered different perspectives. Shovik Saha, sophomore, stated, “ I think the Holocaust Assembly was a great experience because the survivors stories were very touching and gave a new perspective of the Holocaust that could not be felt from reading stories.”

The Holocaust Assembly was organized to bring more attention to the Holocaust. The Holocaust happened between 1941 to 1945 in the Nazi controlled Germany. According to History.com, “In 1933, Jews in Germany numbered around 525,000, or only 1 percent of the total German population. During the next six years, Nazis undertook an “Aryanization” of Germany, dismissing non-Aryans from civil service, liquidating Jewish-owned businesses and stripping Jewish lawyers and doctors of their clients.” Additionally, “Under the Nuremberg Laws of 1935, anyone with three or four Jewish grandparents was considered a Jew, while those with two Jewish grandparents were designated Mischlinge, or half-breeds. Under the Nuremberg Laws, Jews became routine targets for stigmatization and persecution. This culminated in Kristallnacht, or the “night of broken glass” in November 1938, when German synagogues were burned and windows in Jewish shops were smashed; some 100 Jews were killed and thousands more arrested. From 1933 to 1939, hundreds of thousands of Jews who were able to leave Germany did, while those who remained lived in a constant state of uncertainty and fear.”

Students questioned why only certain classes were able to attend the assembly. The students wanted to hear and be properly informed about the events of the Holocaust and actually hear about the tragic events from the survivors and/or their family members. Vice President of the Jewish Student Union, Maya Shamash, stated, “[it’s the] easiest way to take it is by grade level [and] especially because it is new, something we are testing the waters.” In the future, they hope to expand it to the whole school.