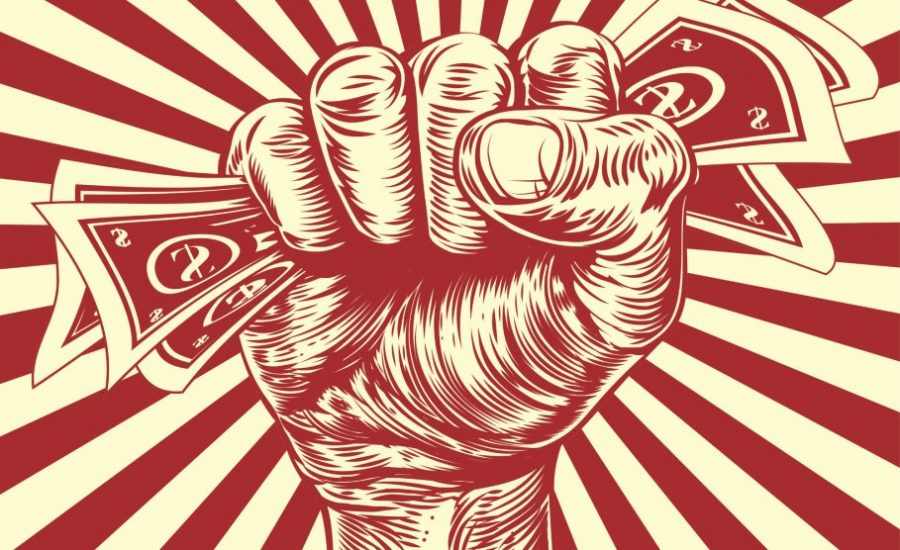 Around the country, workers are striking against their employers, demanding higher wages. In 1938, the Fair Labor Standards Act set the first U.S. minimum wage President Franklin D. Roosevelt passed it to protect workers during the Great Depression. Economic unease caused wages for many to drop to pennies a day. Roosevelt set the minimum wage at 25 cents per hour, which is equivalent to $4.36 per hour in 2018.

But what does this mean? If the minimum wage was to be raised, one would not actually be making more money; instead, the value of the money made would go down. Typically, proponents of the wage raise argue that they are not making enough money to support themselves or their families, but this can easily be avoided by choosing a job that makes more money. Most people that make minimum wage have a high school education or lower, meaning that this could have easily been avoided if these workers had attended college. College tuition can cost as low as $10,000 per year, and student loans allow even the most financially challenged students to attend college, granted they have met all of the requirements.

Countless states have complied with protestors, agreeing to raise their minimum wages to $15 in the next four to five years. If we can understand the consequences that this will have on the economy and cost of living, we can prevent the challenges that this will bring for familial breadwinners.