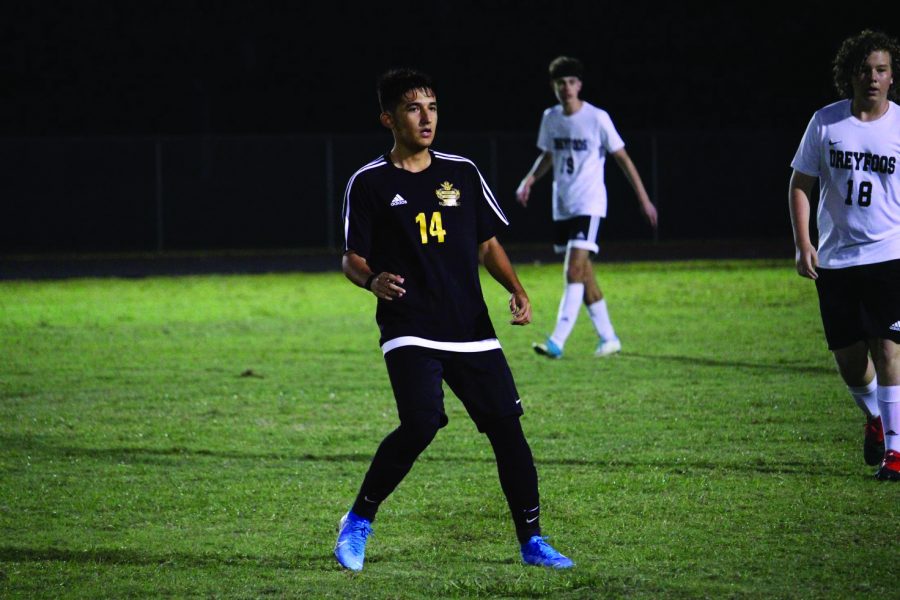 Senior Jordy Fuentes was not always the sociable skilled athlete as he is now. He started off as a young boy playing soccer with his cousins in the streets of San Martin, Colombia for his own amusement. His passion for soccer grew stronger once he moved to the United States and began to play with kids in his school. They encouraged him to join the Palm Beach Gardens (PBG) Predators Recreational Soccer team during his eighth-grade year. He knew that Colombia was recognized for soccer and being a huge part of their culture, and he wanted to keep the tradition flowing within him.
“I wanted to continue the tradition of playing soccer to represent my country. We are extremely passionate about soccer, it’s a lifestyle,” Fuentes said.
As Fuentes continued with the PBG Predators during 2016-2019, he learned how important communication with his teammates was, on and off the field. During the games, he noticed that if he or his teammate were open, he would call out for the ball or call out to pass the ball to his open teammate.
“Communication is extremely important when we are playing. We call out who’s open or who needs to go on defense, and if we don’t have communication we’re all blind on the field,” Fuentes said.
Fuentes used to have difficulty trying to fit in with the boys on his travel team because he was shy. It was his first time playing with kids in competitive soccer and he felt out of place. He feared it would be difficult to become close with his teammates because of his lack of experience, but once he showed them all the skills and tricks he had been practicing throughout his childhood, they all knew he was going to fit in perfectly and they all worked as one.
“I used to be shy and scared. I wouldn’t fit in with the kids on the team because that was my first time playing competitive soccer and I never did that before,” Fuentes said.
Once he began high school, he decided he wanted to try out for the Varsity Soccer team in order to prove to himself that he was a skilled player. He knew if he did not make the varsity team, he needed to train twice as hard to reach his goal. Coach Richard Harr, the Junior Varsity Coach for the Boys Soccer team believed Fuentes needed to build on his stamina and footwork with the ball in order to be prepared for the Varsity games. Harr willingly allowed him to train and perfect his flaws with him on the Junior Varsity Boys Soccer team during his freshman year.

“He always had the talent for Varsity but needed to sharpen his form and be more serious on the field, which is common in freshmen,” Harr said. After training with Harr for a year, and his additional practices with PGA Predators throughout his freshman year, Coach James Evans, coach for the Boys Varsity Soccer, believed Fuentes qualified to have a spot on the varsity team. He has been on varsity since his sophomore year.
”Jordy is a player with enormous potential and a daft touch on the ball that is insurmountable and unmatched by his peers. He is vociferous and disciplined and has the ability to unite his teammates,” Evans said.

Now as Fuentes continues playing soccer during his senior year, he began to think about his future in college. He shared he would like to play in-state and if he is unable to play for a Florida college, he will definitely continue playing with family and friends.