RACE BEHIND THE RATES

The truth behind the racial disparities in schools’ expulsion and suspension rates.

“What is going to happen to me?” “Will colleges look at me differently?” The young girl’s mind raced with fear and anticipation, as she awaited a notice that would forever impact her reputation at school. Her name suddenly blasted through the intercom speakers as the main office summoned her down for what seemed to be the final decision. Indifferent looks filled the room, as the faculty board reached their verdict. “You have been placed on a 3-day suspension.” Those three words, 3-day suspension, echoed throughout her mind, as she wondered whether or not the skin on her body influenced the decision.

Disciplinary actions have always been a major factor in school systems worldwide. According to Assistant Principal Aaron Keevey,“Social and technological advancements have made it easier for students to break school regulations and protocol.” This results in a staggering amount of lost learning time and inadvertently gives rise to greater student behavioral issues, which is supported by data from Anya Kamenetz of NPR. According to the data below, these consequences happen more often with black students, even as early as preschool.  As we carefully investigate the causes for these disciplinary actions, we must also look at the apparent racial disparities in punishments.

It has been proven that students of different races have faced harsher punishments and experienced implicit acts of discrimination. According to The New York Post, “African American middle and high school boys were more likely seen as troublemakers and their misbehavior more severe, than Caucausion counterparts for exactly the same behavior, researchers found.”

So what kind of actions would compel schools to issue such punishments?

It all lies in the severity of the action and the conditions of each punishment. It is known that the “higher-level” disciplinary actions include suspensions and expulsions. The National Clearinghouse on Supportive School Suspension states that suspension is the removal of a student from a regular educational setting for breaking school policies. There are two types of suspensions: in-school suspension (ISS) and out-of-school suspension (OSS). In-school refers to the temporary removal of a student from the classroom under school supervision, while out-of-school refers to the student being removed from the school grounds. Whether an individual is suspended or expelled depends on the severity of the action they have committed. The Palm Beach County School District’s Student Code of Conduct states that disciplinary actions range from level one to level four. Level one actions are typically menial, involving referrals or simple lunch detention, but level three and four behaviors, such as drug distribution, drug usage and fighting may result in suspensions and expulsion referrals.

Over the past years, Suncoast High School has faced a handful of disciplinary disruptions. In the 2019 school year alone, a total of 38 students were given In-School Suspension one or more times during the school year, with 86 percent of them being African American and Hispanic, and the remaining 14 percent Caucasian. In this same year, an additional 70 students were given Out-of-school suspensions with nearly 88 percent of them being African American, Asian, and Hispanic, and the remaining 12 percent Caucasian. The trend is even seen within the 2018 school year, where minority students were nearly 75 percent of ISS and OSS receivers. Although the details and circumstances of each individual is not directly disclosed, the data shows that there are some significant shortcomings when it comes to race.

In a study conducted by the education think tank LKMco, “85 principals and assistant principals took part in an experiment involving hypothetical problems, where a student who was misbehaving in class was referred to them by a teacher. The names were randomized to signal different ethnic backgrounds, using names that respondents in previous research has typically deemed “white” or “black,” such as “Greg” and “Darnell.” The study concluded that both principals and assistant principals “rated the same misbehavior by black students as more severe” than that of the white students.  As a result, the black students were given more days of suspension on average.

In 2018, a group of four Caucasian boys on the Suncoast campus held up the Nazi salute during the National Honor Society Induction Ceremony. Many students witnessed the event and brought it to the administration’s attention. Despite the nature of the boys’ actions (and the fear it caused the school community), the administration responded by punishing only one of the four boys.

“All that we were told for legal reasons I suppose, was that the students would be receiving the equivalent of a trial with some members of admin and that their membership in NHS would be reconsidered. Through all of the frustration we faced, even one of the girls who spoke out about what happened being accused of slander by the parents of one of the boys, only one boy was removed from NHS,” Alum Mae Baltz explained.

Students who witnessed the salute were appalled and disgusted with the action and the administration’s response.

“I think that the situation should have been treated more seriously than it actually was. I’m not sure if he got any punishment from it but the fact that he thought it was funny to joke about wasn’t ok. I think that the school needs to take this kind of stuff more seriously and, for a place that prides itself on diversity, actually work more on the respect of its students,” Senior Sara Kessel said.

are expelled and suspended from schools more often than their white counterparts, and these disparities are growing. Similar to the previous infraction, this student expressed his frustrations inappropriately, however, his punishment was far worse.

Joseph Berry, an African American, admittedly made an inappropriate twitter post. This instance occurred before the Marjory Stoneman Douglas shooting, and was soon resurfaced by another student, which led to his expulsion from the school.

“I felt guilt for not being more wise with my words and the trace I was leaving on social media. It was still really hard to hear that I wouldn’t be able to return to a school I had spent my entire middle school career working towards. While being ashamed that this would now be how people remembered me, I was still hurt that the school was taking such drastic action for my first disciplinary infraction. It was hard to deal with as those who know me know that my words were not meant to be taken literally. But, as time went on I was able to understand why administration took that route,” Berry said.

These are two similar levels of misconduct both perceived as threats against the school community by students, yet two vastly different disciplinary approaches from administration.

Although he was not a part of the Suncoast faculty at the time the two incidents occured, Assessment Coordinator Ernest Anderson said, “There’s no easy answer because of the hate crime connotation that goes with the Nazi salute. Immediately, we would want to investigate the circumstances. As a hate crime related incident, it could be a very high severity, so we would want to first investigate exactly what happened, where did it occur, what were the circumstances, what was the impact, and then apply that information to the student code of conduct. Our main priorities are students’ safety and the integrity of the learning environment.”

Studies have shown that the school-to-prison pipeline affects African American students more than that of their caucasian counterparts, which can be seen in the racial disparities of school disciplinary rates. Researchers claim that this pipeline will be maintained by the use of school zero-tolerance policies, which is not issued equally amongst students. In an article on school-to-prison pipeline, Dr. Nicki Lisa Cole states that “having a zero tolerance policy means that a school has zero tolerance for any kind of misbehavior or violation of school rules, no matter how minor, unintentional, or subjectively defined it may be.” The results of this punishment could lead to lifetime consequences such as falling behind in reading, poor graduation rates, not attending college, which could lead to incarceration. Fair punishments that are based on student actions and not complexion is a small step to developing effective policies and practices within school discipline. 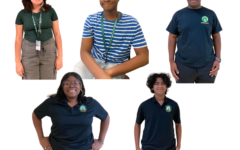 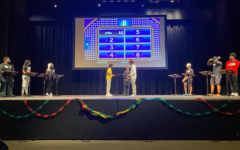 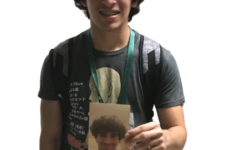 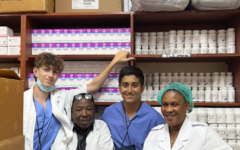