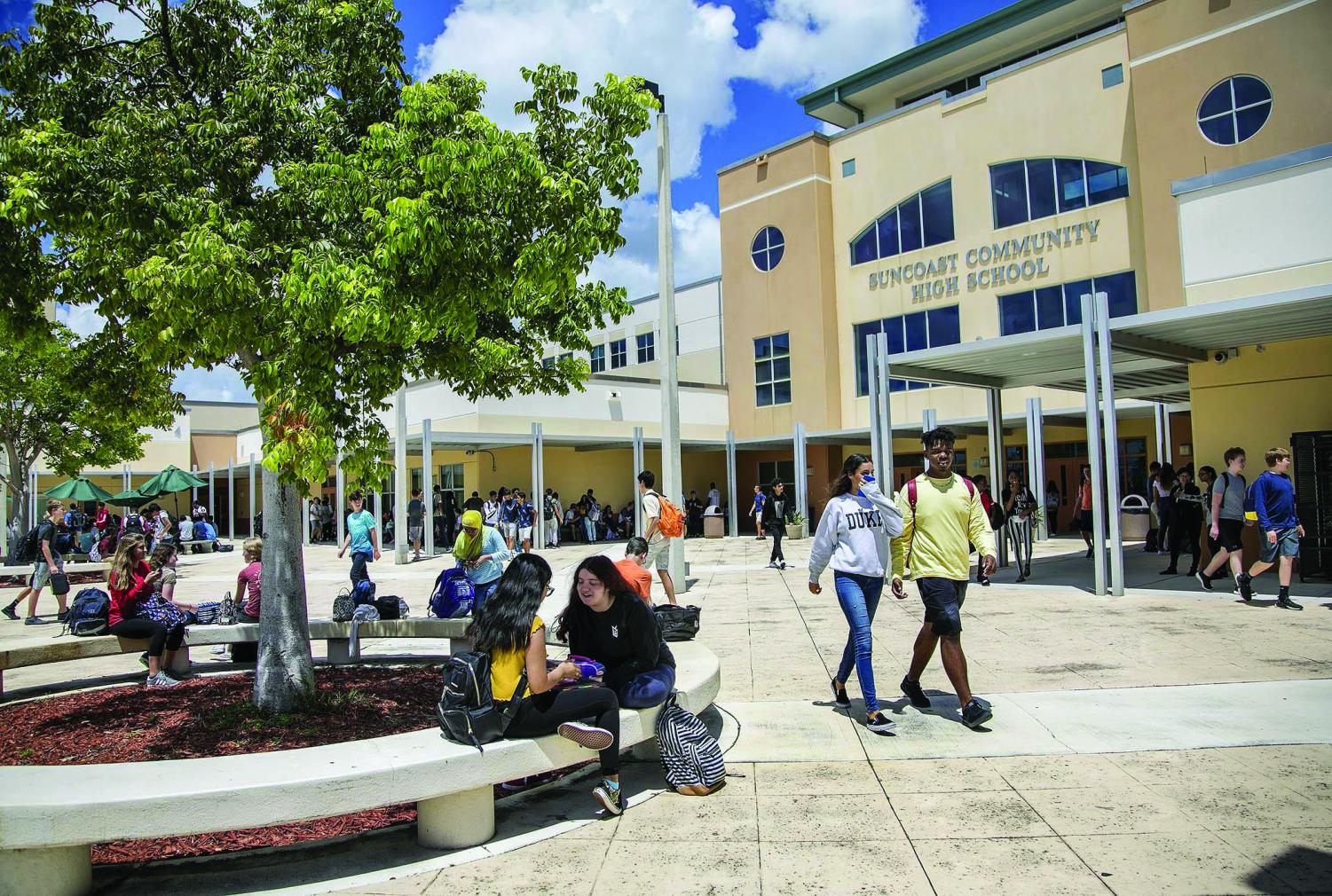 A story of how Suncoast’s programs came to be.

“In the late 1980s, the Riviera Beach High School was on the verge of closing. Like the neighborhood, the student body was mostly black. But the education quality was considered so shoddy that many black families did not want to send their children there. They had a choice: Under a federal desegregation order, the school district allowed black students to leave a school where they were the majority for one where they were the minority.” This excerpt was taken from, “The Powerful Pull of Suncoast’s IB Magnet” a 2005 article written by Nirvi Shah- a staff writer for the Palm Beach Post.

This led to the establishment of the International Baccalaureate (IB) program at Suncoast in January of 1990 as a way to improve the quality of the school and as a way to increase the size of its student body. However, parents originally pulled their students out of the school due to the school’s troubled racial history.

Schools in the county were segregated until a final ruling was issued in July of 1973 mandating the integration of all schools. Following this decision, Suncoast, then known as Riviera Beach High School, merged with the all-black John F. Kennedy High School and was renamed to Suncoast Community High School.

“[There were] seven to eight [students] in a class… you couldn’t get anybody to come here because of the prejudice,” AP English Literature teacher David Hale who began teaching at Suncoast 35 years ago said.

Despite the growing number of black students at the school, the quality of education at the school declined to the point that parents were afraid to send their children to the school. In 1987, Suncoast for example, had 17 advanced classes while Palm Beach Gardens had 97.

“There were 17 African Americans and they were the lowest reading [students] in the school… and I made [the class] into an AP Literature class,” Hale said.

Because of the school’s decline in education, parents of white students filed a complaint with the Federal Department of Education’s Office of Civil Rights and alleged that their children received an inferior education compared to students at other schools. Following the investigation, the school board decided to make Suncoast a magnet school as a way to increase the percentage of white students, and thus the IB program was established along with a computer science program, a math program and an interdisciplinary program.

Admission to these programs was highly selective with students having to meet certain standardized testing requirements in order to enroll in the school. Students, for example, had to score in the 85 percentile on the Florida Comprehensive Assessment Test (FCAT), but some students could not meet these requirements, so the district let in students whose averages fell below standards. This tactic was also used as a way to balance race at the school, but the admissions requirements have since changed and are no longer as selective.