For some tournament attendees, their experience may be overwhelming, yet rewarding.

It was 3 pm on Friday, October 31. Juniors Eryse and Eryone White walked into the Reitz Student Union for the first time. Seeing different faces in suits, in an environment bigger than they have ever experienced, was overwhelming. The start to a new realm of activities had just begun.
The Florida Blue Key (FBK) Speech and Debate Tournament was hosted at the University of Florida for high school students across the country. It took place from November 1 to November 3, 2019. At this tournament, students are able to choose from many events that they wish to participate in. Whether it be a debate or speech event, students are able to showcase their talent and hardwork through the event of their choice. 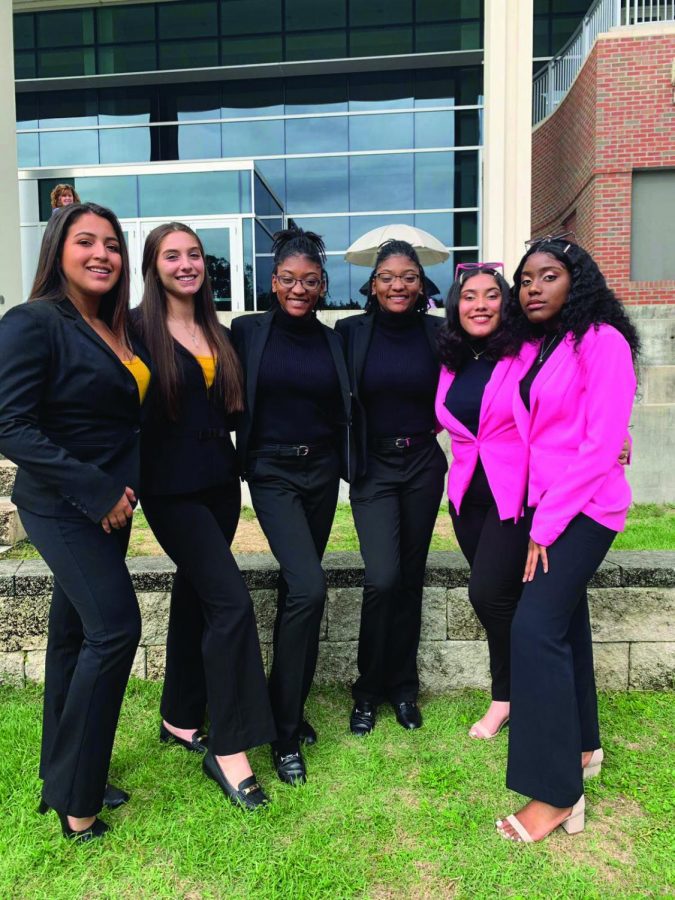 Gallery|3 Photos
Cedrick Charles
The three duo groups on day one of the tournament.

“My sister and I do Duo Interpretation, which is a two person event that takes a script from a book, play, or any other published work and takes that script and interpret it into the way that we want to. By doing different movements and using different voices, we are able to bring the script to life,” Eryse White said.
Preparing for these Speech and Debate tournaments takes a lot of work. For instance, if one is planning on doing a debate event, they must do extensive research on their topic in order to create a cohesive argument. For speech events, one must find a script, cut the script to fit the time limit, and memorize the script as well.
“In order to prepare, I kept practicing my speaking parts and matched my facial expressions to the emotion being portrayed through the script. Also, I am always thinking of ways to make our blocking more intricate. That’s how our piece evolves over the time we are preparing for it,” Eryonne White said.
For Eryonne and Eryse White, the FBK was their first national tournament, but for many of the other team members, this years FBK was their second year participating.

“Coming to Blue Key for the second time, I think my experience was a good one. It was a great experience with my team, we’re really like our own family. I wouldn’t trade that experience for the world,” junior Emily Ayala said.
When participating in these national tournaments, students experience a lot of self growth as ways to make their pieces and arguments better than before.
“Going to this tournament taught me to be more confident and even though I didn’t advance to outrounds, you just have to pick yourself up and try again to succeed,” Eryonne White said.
Although they were not able to advance to further rounds, Eryse and Eryone White were happy with what they were able to achieve.
“Being a quarterfinalist felt good because it was my first. It felt very refreshing and made me feel very confident to compete at other national tournaments,” Eryse White said.
Going to the FBK tournament set the precedent for many other national tournaments for Eryone and Eryse White.
“I think that if we keep trying hard and giving debate our all this year, then we can achieve anything we want,” Eryse White said.