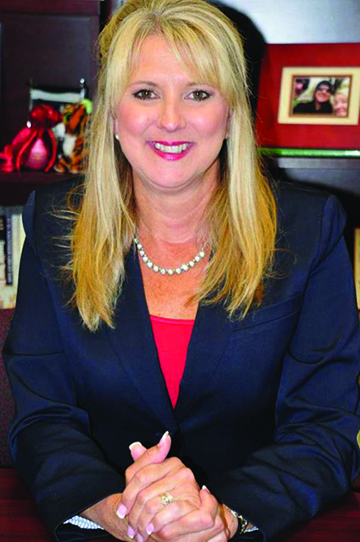 Palm Beach County principals are graduating from their old job, but not for the best.

Traditionally, a principal is supposed to lead a school. They are supposed to enact long-term administrative changes and set policies that have a positive benefit on the school and its student body. For Suncoast, specifically, parents hope that a principal can raise test scores and provide enriching opportunities for academic growth that fulfill their hopes from when their children first applied; but how are principals supposed to do that when they only last as long as the students themselves?

Of the four principals Suncoast has had over the last 15 years, only one has so far outlasted a graduating class.

The lifespan of principals started to deteriorate soon after the departure of long-term Suncoast Principal Kay Carnes, who piloted Suncoast during its transition into a magnet school from 1989-2004. Carnes’s successor, Gloria Crutchfield, lasted four years, from 2004-08. Linda Cartlidge came soon after, serving until 2016. Principal Karen Whetsell, who left Suncoast this year, had her tenure last three years. It is not yet known how much time Kathyrn Koerner, Suncoast’s current principal, will spend in her role.

This wheel of rotating principals is not helping Suncoast; it is damaging it. It creates an air of instability and uncertainty. Parents who want to send younger siblings do not know if their child will receive the same experience, and teachers have to constantly readjust to new standards that may limit their own growth in their roles. Regardless of a principal’s qualifications and good ideas, it is hard to suggest that a mere three or four years can impactfully change a school that has been around for over 40.

The nature of this is becoming cyclical. One principal replaces another who replaces another and so on and so forth. What stands to be gained from this venture other than uncertainty and confusion? A principal from elementary will hardly have the time to adjust to middle before they then leave for high school, as is the transition for many.

The district justifies this by saying they are moving principals who have proved successful at their school to another so they can then help that school. What about the school they left?

What if the transition is not as successful as they hoped? Environment is a big factor in job performance, yet principals are moved around callously regardless of that fact.

For schools to reap the benefits of a good principal, there needs to be time. Time for adjustments, time for change, time for improvement. The district is not providing that, and, ultimately, schools will suffer from this cycle of uncertainty. It is just a matter of when the district recognizes that this policy is doing more harm than good.