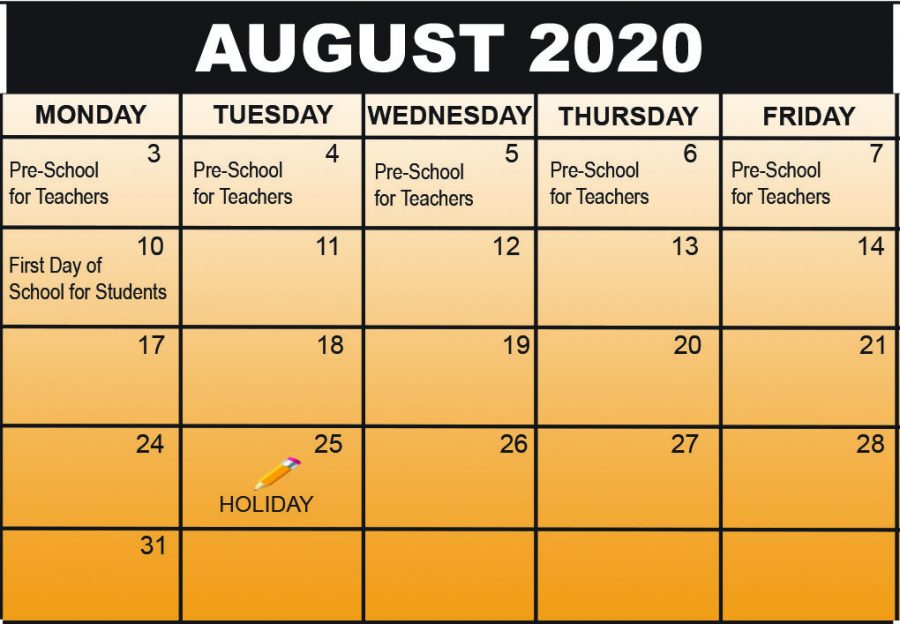 It was amid contentious outcry that the Palm Beach County School Board approved the proposed calendar for the 2020-21 school year. Included in the calendar, alongside a week off for Thanksgiving, two election days and numerous Jewish and Christian holidays, was the earliest start date in 15 years: Aug. 10.

Previously, Florida schools could not start more than two weeks before Labor Day, but a 2015 measure changed the law to allow schools to start as early as Aug. 10. Palm Beach County, along with 57 other school districts in Florida, utilized this law for their 2020-21 calendars.

The new calendar was far from universally received, having only passed by a 4-3 vote by the school board. A vote on the proposed 2021-22 calendar, which also starts on Aug.10, was postponed.

Many parents argue that the start date conflicts with family vacations and sleepaway camps in the Northeast, where schools typically start closer to Labor Day, and puts families out of sync with their Northern counterparts.

“I’m speaking on behalf of hundreds, even thousands,” parent Paige Axel of Delray Beach said, according to the Sun-Sentinel. “As little as one extra week [later] would address all the concerns.”

Some of the school board members, however, dismiss these problems as trivial and exclusive to a rich minority.

“My frustration in this is this [meeting] was nothing more than responding to special interests,” board member Chuck Shaw complained, as per the Palm Beach Post.

Proponents of the new start date say that starting any later would put some of the lowest-paid workers in Palm Beach County, such as bus drivers and cafeteria workers, in a vulnerable position. These workers do not get paid over the summer and pushing back the start date would extend their paycheck gap from eight to ten weeks.

To this, opponents say the issue can be negated by either providing better pay to make up for the gap or by moving both the start and end date so the gap between paychecks remains the same.

Another concern brought up by proponents is that changing the approved calendar will extend the first semester over winter break, causing midterm exams to occur after the holidays.

For chorus teacher Stephanie Nixdorf, it makes more sense to start later in the year. “I think there are just too many pros and not enough cons [for a later start date]. By the time we come back in that time of August, it’s hurricane season. It seems these last few years, we’re always missing school from the storms. Also, August is the hottest month in South Florida, and I think it would make more sense, from a cost-efficient standpoint, that we’re not here during the hottest month. It would save money on utilities for the district,” Nixdorf said.

Nixdorf, a native of New York, also pointed out that “it’s very hard to coordinate family vacations and reunions when we come back to school a full month earlier than the rest of the country.”

Sophomore Adriana Piland is also against the new start date. “I went to camp in Georgia and it almost ran through August 10…pushing [the start date] back interferes with all summer camps and interferes with plans.”

For the time being, however, the school board seems set on their approved calendar. There is a chance for detractors to change the dates for the 2021-22 calendar, but the negotiations have yet to come to fruition. The Palm Beach County School District discusses these issues in their board meetings, which fall on the third Wednesday of each month. School Board meetings are held at the Fulton-Holland Educational Services Center. The first month of the 2020-21 calendar, per the Palm Beach County School District.