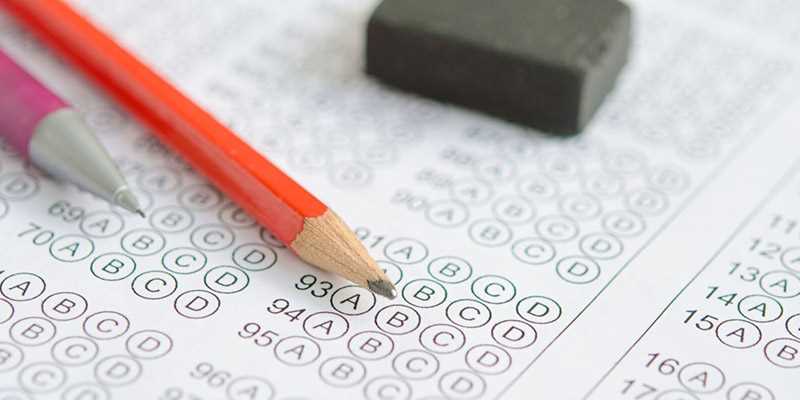 Are the SAT and the ACT still reliable measures of knowledge?

Students sit rigidly in straight rows, nervous faces the same pale shade as their test booklets. As the proctor in the front of the room reads instructions in a monotone voice, fingers fidget with their pencils and more than one test-taker takes a couple of deep, shaky breaths. The process of taking standardized examinations such as the SAT or the ACT is one of the most stressful, taxing experiences in the life of a high school student. The score a student receives could determine acceptance or rejection from the college of their choice. Recent controversies surrounding these testing programs, however, have signaled the end of their reliability, fairness, and even legitimacy in measuring college readiness.

The SAT was initially used in 1926 as a supplement test to the standard College Board university exams. It was meant to measure intelligence and aptitude for learning, and was only administered to a handful of applicants. When James Bryant Conant became the president of Harvard University in 1933, he decided to create a program to allow less wealthy students to apply to and attend Harvard. Conant began to use the SAT to identify academically talented high schoolers for admission regardless of economic standing. By the end of World War II, the SAT was the standard college readiness examination in the United States. Since these equitable beginnings, the SAT and similar standardized testing programs have transformed into ways for certain students to get ahead. Take the recent college admissions bribery scandal.

In the scandal, several wealthy families, including those of high-profile celebrities like Lori Loughlin and Felicity Huffman, paid hundreds of thousands, and in some cases millions, of dollars in cheating schemes to ensure that their children were accepted into top American universities. Methods included falsifying evidence of athletic prowess, bribing college athletic coaches to gain entrance through athletic recruitment, bribing standardized testing proctors, or dishonestly claiming a learning disability to receive extra time on a standardized test. According to the unsealed federal indictment, there were 16 cases of cheating on the ACT, SAT, or other college entrance exams. This recent scandal was only one instance.

Directly cheating and breaking the law aside, wealthy students already have advantages when it comes to the SAT and ACT because they can afford expensive personal tutors, prep courses and other practice materials that many others cannot. A National Center for Fair and Open Testing chart showed that the SAT scores of 2016 college-bound seniors increased depending on family income, from an average score of 1314 for income under $20,000, to an average score of 1717 for income over $200,000. In addition, the fact that practicing for the SAT is associated with higher scores indicates that the exam is not even an accurate test of college readiness, but simply a measure of how much time and resources one has to study.

In recent years, there has accordingly been less of a reliance on SAT or ACT scores for college admissions. Over 1,000 colleges and universities in the United States have stopped using scores as an admissions requirement, including selective institutions like the University of Chicago, George Washington University, Wake Forest University and Wesleyan University. As soon as an Ivy League or equivalent university takes the step to do the same, thousands more will surely follow in their lead.

Many proponents of standardized testing have argued that having a standard measure of academic knowledge like the SAT or ACT is important to actually ensure that wealthy students do not cheat the grading system. According to a study done by the American University, grading inflation, which is when students receive high grades regardless of what they have actually learned, is far more common in high-income high schools. When both grade point average and standardized examination scores can be influenced by wealth, it is evident that there is a deeper problem present in the American educational system, and eliminating unfair college readiness tests like the SAT and ACT are the first steps to making a positive change.