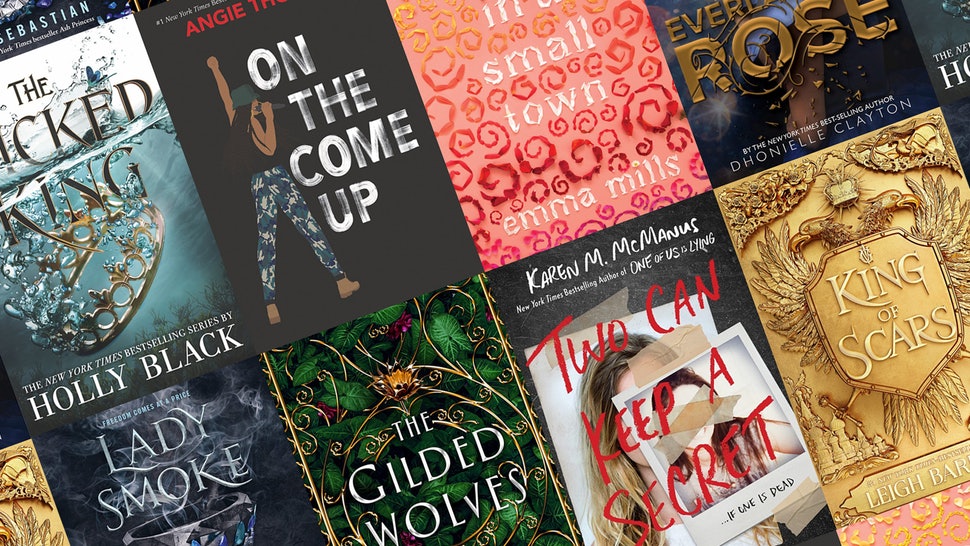 “THE YOUNG ELITES” BY MARIE LU

Written by Marie Lu, “The Young Elites” is a test to the complexity of society, and how villains might have started out as heroes. Adelina Amouteru is scarred. A survivor of the Blood Fever that took her mother, she is scorned by a society that mocks her survival with the name malfetto. Malfettos are hunted by the fanatic Inquisition Axis, who burn Elites, malfettos who possess supernatural powers, at the stake. Adelina is isolated from the madness by her manipulative father, who traps her at home with her unscarred sister, Violetta. After her father attempts to sell her as a mistress to an older merchant, Adelina escapes and discovers her own hidden power: the power of illusion, to manipulate the senses of those around her. Alone and desperate, she is taken into The Dagger Society, a group of powerful Elites who hope to overthrow Kenettra’s ruling queen. In a game of love, power and betrayal, Adelina decides she will do whatever it takes to get her happy ending – even if it costs everyone else theirs. Lu’s writing is beautiful, and she dabbles expertly in testing the lines between black and white in her story.None of her characters are morally untouchable or despicable, and the layers she weaves onto her main character, Adelina, leaves you wondering if Lu is the true illusionist between the two.

In author Kendare Blake’s first foray into the fantasy word, there can only be one.The island of Fennbirn is blessed with the Three Queens Crowned, a set of female triplets born to the previous queen, and soon, they are about to be blessed with two queen deaths. On Fennbirn, each triplet is raised by the faction that shares her power. Mirabella, the oldest, is raised by the Elementalists, and she is said to set forests ablaze and then quench them with great storms. Arsinoe, the middle-child, lives with the Naturalists, and can make fields of flowers bloom and the fiercest of creatures bend to her will with a wave of her hand. Katharine, the youngest, is raised by the reigning Poisoners, and munches on nightshade for breakfast, drinks cyanide for lunch and ingests hemlock for dessert. Each has not seen the other since their fifth birthday, and, on their 16th, they must kill each other for the right to be crowned Queen of Fennbirn.But not all said about the queens are true, and in a game that deals with as much politics as raw power, no queen is truly safe. “Three Dark Crowns” manages to split page time skillfully between its three protagonists, making each queen’s character equally fleshed out and likable; there is no right or wrong to root for, only three girls, each compelled to fulfill the destiny laid out for her.

From fantasy author Shannon Hale, “Princess Academy” is perhaps the most quintessential example of don’t judge a book by its cover. Miri is useless on Mount Eskel. Her father has deemed her too weak to mine linder in the town’s quarry, a job that all citizens of Mount Eskel undertake, and she is isolated because of it. But when the king’s advisors, as commanded by the nation’s priests, establish a royal academy on Mount Eskel to train the girls to be the prince’s future wife, life changes. Miri finds herself in the heat of the competition, aiming to finally help her family by ensuring their financial security for the rest of their life. In her heart, however, she does not want to leave her mountain village to live in the judgemental mainland, or marry a boring and untalkative prince. When she gets her hands on the Academy’s books, she learns that there is more than one way out of her situation. Despite the misleading premise, Hale reverts expectations by having the education Miri receives, not the prince, be the spark that starts her character development. Her education is what repairs her confidence, and helps her save her village in more ways than one..

“MAGNUS CHASE AND THE GODS OF ASGARD” BY RICK RIORDAN

In this series, best-selling author Rick Riordan takes a break from Greek Mythology to explore the religion of the vikings. Magnus Chase never had answers in his life. He never knew why his mother was killed, who his father was, where his cousin Annabeth went, or how his family got torn apart. All that changes when he dies.After getting killed by a Norse demon at age 16, he finds out that his father is the Norse god of Summer, Frey, and that he is now a semi-immortal einherjar, a dead warrior selected to fight for the Norse gods in Ragnarok. However, Ragnarok is a long time away, and until then, Magnus has to travel up to the mortal world to find the answers to the rest of his questions, and what exactly his family has to do with the imprisoned trickster god, Loki. If you’ve read Riordan’s early writing, then this book will definitely pique your interest. The writing and character relationships are excellent, the story is fast-paced and funny, and Riordan takes full advantage of the differences that Norse mythology has from its more classical counterparts with his unique literary voice and sarcasm.