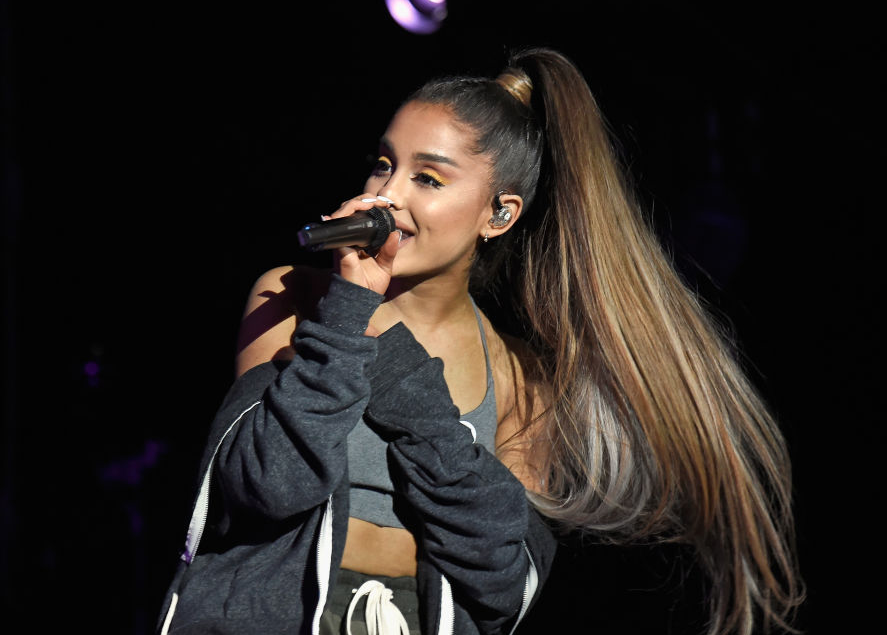 THANK U, NEXT: BOP OR FLOP?

Thank U, Next offer songs with lighter, and fun tone.

Less than six months after the release of her fourth studio album, “Sweetener,” Ariana Grande has released her fifth album “thank u, next.” This album consists of 12 songs with a variety of sounds and beats, which shows a different side of Grande they have rarely seen. With this album, Grande explored the troubles and trauma she has experienced in this past year from the death of her ex-boyfriend Mac Miller to the break up with her ex-fiance Pete Davidson. Fans have been falling in love with her new style of music due to its relatability and lighter tones.

“imagine”
Rating: 7/10
With “imagine” Grande explores a dream world in which she pretends the relationship she once had, had never ended. She hinted at it being about her ex Mac Miller, and her denial of the way their relationship ended and his death. With a catchy chorus and series of high notes, Grande brings her listeners on a journey of this imaginative world, where everything is simple and it is just she and her boyfriend living in bliss. This song is the first on the album and listeners are immediately immersed into this bop-like vibe Grande sets for this album.

“needy”
Rating: 7.5/10
Just as the title suggests, Grande expresses her want to be wrapped into her significant other to an extent to which she can be deemed ‘needy.’ Whether this is due to the trauma she has gone through this past year or just her want to be loved, Grande accepts the title of being called needy and even relishes in it. The relatability of the song along with the soft melody brings the listeners in and encourages them to have the song on repeat.

“NASA”
Rating: 10/10
Here Grande plays on the NASA organization’s name as she discusses the importance of space from her significant other. She emphasizes her need for independence in her relationships. With the upbeat chorus and the classic Grande pop-y vibe, “NASA” is one of the best songs off the album. As the saying goes ‘absence makes the heart grow fonder’ and Grande addresses that theme in this song.

“bloodline”
Rating: 8/10
With the use of trap drums and trumpets, Grande gives her listeners another song to dance to. Here Grande discusses her wish for a fun and free relationship. After the year she has had from the attack at her Manchester concert, to the ending of her engagement, Grande just wants to have fun and she deserves it.

“fake smile”
Rating: 8/10
Another highlight off the album comes in the form of ‘fake smile.’ She has been forced to put on a series of fake smiles and from the lyrics of this song she is done with that. Grande addresses the pressure from the public to put on the smile and be happy despite all she has been through. She shares her experiences to her audience and the connection she makes by being brutally honest. Her do not care attitude towards pretending to happy to make others feel better is what makes the song so great.

“bad idea”
Rating: 4.5/10
Although not a personal favorite due to its abnormal beat, “bad idea” is not that ‘bad.’ Grande sings about her bad idea to jump in an unserious relationship and despite her knowing it is wrong, she will do it anyway. With a semi-catchy chorus and a pop like beat Grande captures the heart of most of her listeners.

“make up”
Rating: 5/10
Grande once again relates to those listeners in a relationship or those who have been in a relationship. She sings about her fatuation with starting little fights just to make up with her significant other. The nice beat and the catchy chorus makes this song a fan favorite.

“ghostin”
Rating: 9.5/10
From the sweet symphonies to the raw and emotional lyrics, Grande immediately tugs at your heartstrings with this song. “Ghostin” is an obvious ode to her ex Mac Miller. In the song, Grande is having a conversation with her other ex Pete Davidson, about mourning over Miller. She apologizes to Davidson for having to deal with her thinking and dreaming about another man. Here her listeners are able to connect to Grande on a more personal level and get an insight on her grieving process. If you are looking for a song that will make you feel all the feels then this is it.

“in my head”
Rating: 9/10
“In my head” is a personal favorite and has been on repeat since the release. Many think she is talking about her ex-fiance Pete Davidson when she sings about this version of a person she created in her head despite what her friends say, and then they turn out to be the opposite. With the inclusion of of her friend, Doug Middlebrook’s voicemail, Grande’s listeners are able to relate more to the song.

“7 rings”
Rating: 9/10
Another highlight off the album is “7 rings.” This album is in stark contrast to everything she has ever done before. In this song Grande raps, talks about her girl squad, and her newfound independence. You rarely find songs with women boasting about how much money they make and for Grande to do it in such a bold way is empowering.

“thank u, next”
Rating: 8.5/10
After the release of “thank u, next” you could turn on any station and the chorus would be blaring through your speakers. With stickers, tshirts, and bags everywhere you turned you saw the saying “thank u, next.” Rightfully so, “thank u, next” is the most popular song off the album. This song address the toxicity in her life and her response is… thank u, next. Grande calls out all her exes and thanks them for all they have taught her about life, but it is time for her to move on.

“break up with your girlfriend, i’m bored”
Rating: 7/10
With over 101 million views since the release, “break up with your girlfriend, i’m bored’ can be considered one of the best of the album. Grande takes an interesting and at times comedic stance in this song. The video depicts a girl wanting a guy who is already with someone and doing whatever she can to get him. Despite the popularity surrounding the song, Grande has been accused of queerbaiting. In the video Grande is seen attempting to kiss another girl and many people were upset by this. Since Grande is not apart of the LGBTQ+ community, she is being called out for using lesbianism as an aesthetic.