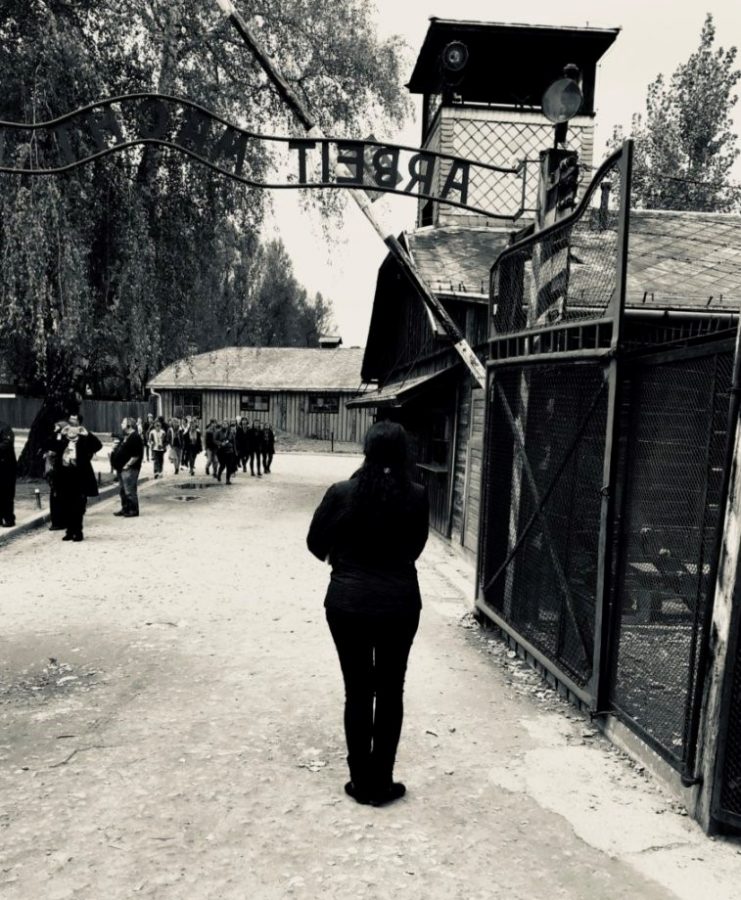 DNA is a connecting factor for all of the living things on earth. It reflects the similarities and differences of ourselves and our relatives, and it also has the power to connect humans to historically important events all across time. Recent technology has helped humankind to take pride in our DNA and ancestors. Stephanie Nixdorf, the chorus and theatre teacher at Suncoast, understands the power of DNA more than most people.

Nixdorf was adopted into a loving and tight-knit family as a child, where she was able to hone her talent for music and the arts. Unknown to her at the time, her biological father was also musically talented.

“At my adoption hearing, a clerk told my father that she knew who my birth parents were, and that one of them was from a very musically prominent family, and that they should nurture that in me,” Nixdorf retold.

Her family was kind and loving, and although her adopted parents had two of their own biological children, she was never treated any differently. In fact, when she was 7 years old, her father sold their second car to get her a piano so that she could practice her music; however, the truth behind her biological family is something that she would not find out until much later in her life. Her first bit of information came from Vermont Catholic Charities when they sent her non-identifying information regarding her biological family.

“I got a little bit of information in a letter about my birth mother’s first name. She had had two sons, 7 and 8 when I was born and that she was Irish and French heritage. She wouldn’t tell me anything about my birth father other than that he was an Austrian immigrant,” Nixdorf said.

Nixdorf later found out more about her biological parents when her husband bought her a 23andMe kit, which showed her how diverse her background really was. This prompted her to petition for her original birth certificate from the state of Vermont; she was eventually granted it after six months.

“Shortly after I did [23andMe] and my results were on there, a man contacted me. His name was Rami Adel and he’s Egyptian, and we’re first cousins, but we had no idea how,” Nixdorf said. She knew that they could not have been related through her birth mother, who was Irish and French, so he had to be connected by her birth father. Through her research on her birth father with 23andMe and The Holocaust Museum, she finally pieced together the puzzle of her origins.

“My birth father, [Felix Schwarz], was born in Vienna to a woman named Paula Schwarz who was a singer… Felix’s birth father was an Egyptian doctor studying medicine in Vienna when he fell in love with Paula, but her father forbid her from marrying him because he wasn’t a Jew,” Nixdorf said. Due to family and religious conflicts, Felix’s mother and father lost touch by the time that World War II began, which left them on their own and in the hands of Nazi Germany.

Felix and his mother lost their home on the night of Kristallnacht in 1938, when the Nazi Party demolished Jewish homes, businesses and synagogues, as well as arrested around 30,000 Jewish people. These people would be taken to concentration camps, where they faced torture and death. Felix and Paula managed to escape the hands of the Nazis for two years by staying with different relatives who would hide them.

“In 1941, Felix and Paula were arrested on the Czech border and deported to Theresienstadt, which is a concentration camp in the Czech Republic towards the south of Prague. They were there for a year and a half, and then they were deported to Auschwitz in October of 1942, which was one of the biggest deportations of Jews to Auschwitz,” Nixdorf said.

Auschwitz, the largest and among the most notorious concentration camps, caused the death of more than one million people. Jews and all others who were deemed unfit to live under the Third Reich faced death by gas chambers, forced labor, starvation and overall brutal conditions. Additionally, the infamous Angel of Death, Josef Mengele, used many of the people in Auschwitz in his sadistic medical experimentations. Paula died during the long journey to Auschwitz, as it took around two days and almost 250 miles to go from Theresienstadt to Auschwitz; however, Felix survived.

“My father spent three years in Auschwitz as a prisoner. His health was poor… some of the records that I was able to dig up show that he was being used in a measles experiment, where they were injecting him with the measles virus to see how many times you could have the measles before you died,” Nixdorf said.

In Jan. of 1945, the Soviet Union began to liberate concentration camps and were nearing Auschwitz, so the Nazi forces ordered that the camp be abandoned. They had the sickly and starving prisoners march to nearby towns, where they would be sent to camps in Germany. Many people died on the way, but Felix survived the three month journey, and later his concentration camp was liberated by the Russians and Americans. Afterwards, he was brought to the United States in 1947, where he met Nixdorf’s birth mother, Shirley Vintinner.

“[Shirley] grew up in… a very abusive home. Her father was a man named Maureece Fey, and Maureece was an alcoholic who beat up his wife and children. She wanted to get out of the house, so she married her high school sweetheart, a man named Carl Vintinner. He’s not my father, he’s [my two half-brother’s father] and he left her and his two children when they were 1 and 2,” Nixdorf said.

Fearing her abusive father back home, Shirley had no choice but to leave her two sons in an orphanage while she tried to find work. Her two sons stayed at St. Joseph’s Catholic Orphanage for almost five and a half years. The orphanage was disreputable for many cases of abuse and death; some cases of abuse were so severe that they tormented the children for years into their adult lives. Years later, Shirley regained custody of the kids and met Nixdorf’s birth father. Soon, Stephanie Nixdorf was born.

“Being a woman in the 1960s who was faced with bringing another child into the world that she didn’t think she could raise and having to face giving that child up [was very difficult],” Nixdorf said about her own adoption.
This discovery of her past and birth parents has changed the way that Nixdorf looks at her own life; she feels humbled, grateful and now even more curious as to what else her past holds for her. She has only found a few pieces of the puzzle, and there is so much more to uncover.

“I think [my past] has made me more conscious of how every individual has their place in history. I think it also makes me realize that lots of my day to day problems and struggles really aren’t that important,” Nixdorf reflected.

She plans to continue to tell others her story, both at Suncoast and other events, to educate others about the chain of history and every person’s involvement in it. Every day, she gets new notifications from 23andMe that expand her story and her family; although she is unsure what more there is to discover, she knows that it will be a worthwhile search.