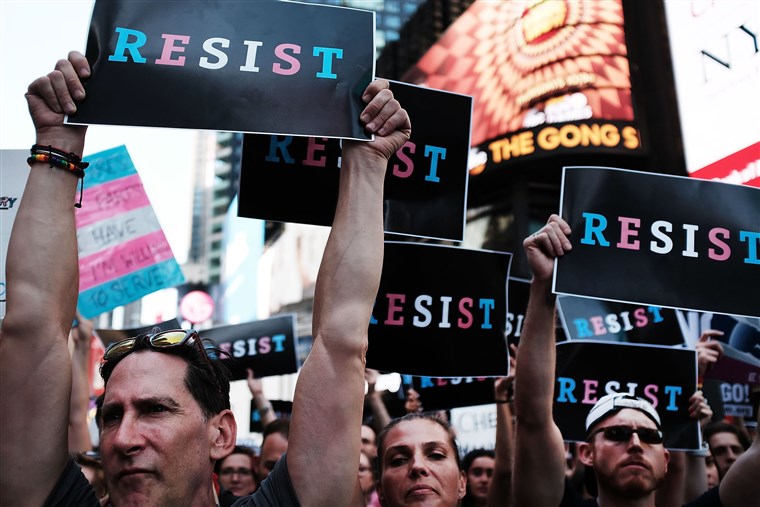 The Supreme Court passes a policy to ban people from the military.

They are willing to serve, and have served, this country with their own blood, sweat and tears. They help to defend the Constitution, our freedom and liberty. Some have even given the ultimate sacrifice for peace on our homefront. However, The Supreme Court has recently restricted the right for people to serve in the military if they are transgender.

The policy, also named the “Mattis Plan”, was originally formed by President Trump in 2017, according to CNN, and the conservative tip in the Supreme Court has allowed for the ban to go fully into effect. The ban does not keep all trans people from serving in the military, but instead places restrictions on trans people coming in, depending on their circumstances.

According to National Public Radio (NPR), trans people can join the military if their biological sex has been stable for three years. Trans people can stay in the military so long as they do not require a sex change or if they were diagnosed with gender dysphoria prior to June 30 2016 and they cannot be non-deployable for over 12 months.

Prior to this policy, a ruling in the Obama administration allowed for trans people to serve openly and receive medical treatment for transitioning, but Trump argued on his Twitter that keeping this policy is too much money and the military should be “focused on decisive and overwhelming victory.” However, according to a study done by RAND, the Research and Development Corporation, transgender medical costs only represent 0.04 to 0.13 percent of the medical costs in the military. Additionally, transgender people have been active and efficient in the military, including troops like Navy Lt. Cmdr. Blake Dremann and WWII veteran Joanne Borden.

“I think to pass such a policy is quite absurd,” Suncoast senior Vani Nair, who plans to enlist in the Air Force, commented. “This is due to the fact that transgenders are still humans with the ability to meet the requirements of the military and serve for our country.”

This policy is a harsh blow to civil and LGBTQ+ rights groups across the nation and the world. According to the The National Center for Transgender Equality, around 15,000 transgender people serve in the military, and this number will soon drop greatly. Trans people already have many things to worry about, including detrimental stereotypes, discrimination and other bills that are not being passed in their favor, including the long debated bathroom bill. Transgender people also face issues with poverty, barriers to healthcare and identity documents, according to the Human Rights Campaign. These issues are even more prevalent for trans people of color.

“This policy is harmful as it only defies the number of people serving for our country, especially those who show dedication and commitment, such as high school students that go through Junior Reserves Officers’ Training Corps (JROTC) and now will be rejected when they attempt to enlist in the military,” Nair pointed out. In fact, the policy can be detrimental to ROTC and JROTC groups in schools, as it will discourage many from joining such programs and create divisions, as well as cause issues with state laws that prohibit gender discrimination, USA Today reported.

The policy has potential to be reversed or appealed, as it violates the Fifth Amendment’s equal protection clause for sex-based discrimination. There are several active lawsuits against the policy, such as ones from the The National Center for Lesbian Rights (NCLR) and GLBTQ Legal Advocates & Defenders (GLAD). The policy is unconstitutional, baseless and blatantly transphobic, and it has already caused chaos for many active and planning-to-be members. Unless the United States wants to lose thousands of dedicated people from its armed forces and upset the foundations of this country, then this policy needs to be overturned.