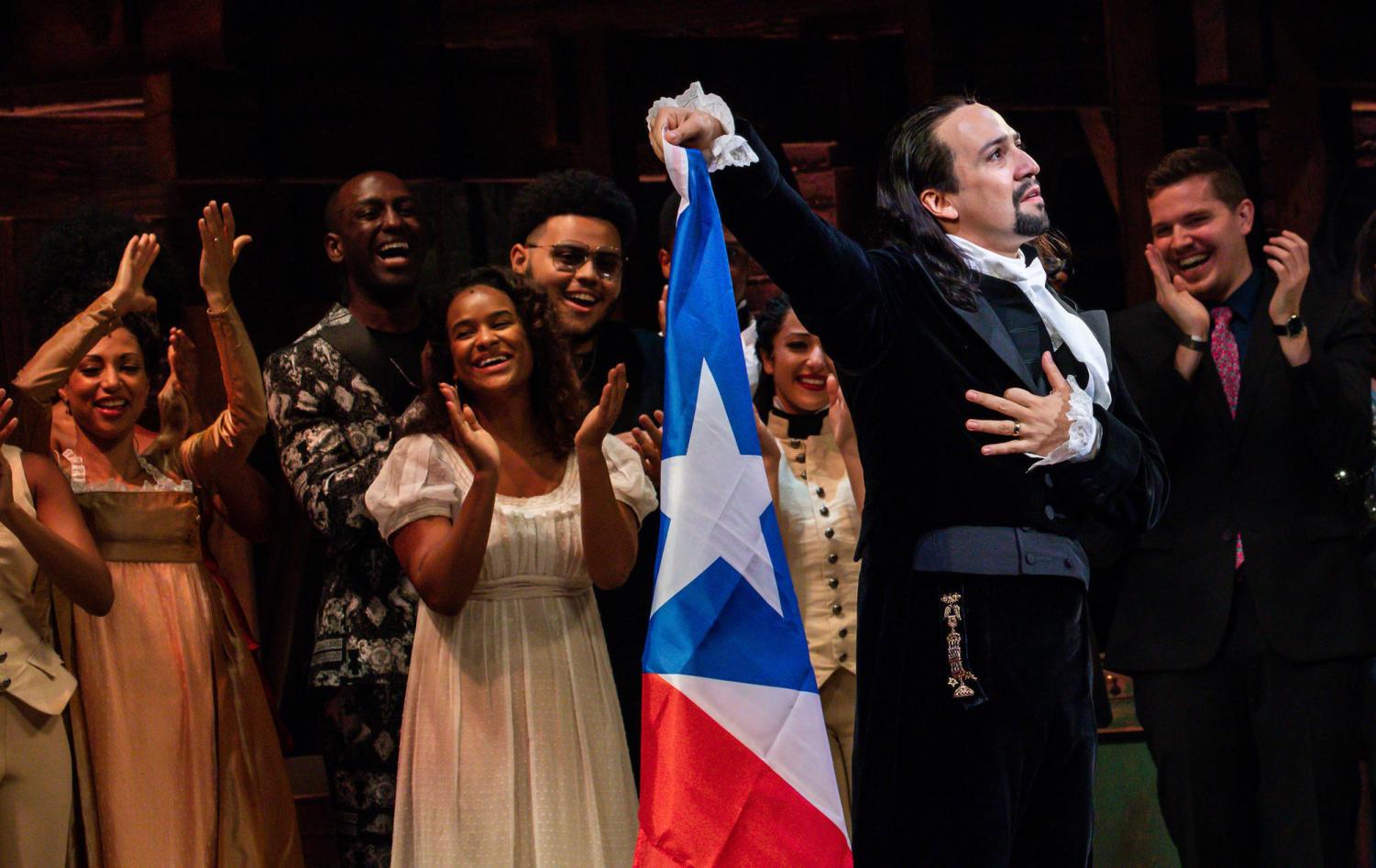 The cast of “Hamilton” will perform their smash hit in Puerto Rico.

Created by Lin-Manuel Miranda, the Broadway spectacular “Hamilton” tells the story of Alexander Hamilton, one of the Founding Fathers of America. Director Tommy Kail describes the show as a “story of America then, told by America now.”

An avid fan of “Hamilton,” freshman Kaitlyn Ricketts enjoyed “the diversity of the cast” and “the rapping aspect of the show.” She feels that the incorporation of rap “is something new that actually works well.” It helps to attract more people.

Using hip-hop and a diverse cast, “Hamilton” has captured the hearts of those not just in the U.S. but all across the globe.

Now, Miranda and the “Hamilton” cast are heading to Puerto Rico. Performing for two weeks, proceeds from the shows will go to support the arts on the island. The performances are a part of a fundraising initiative Miranda started to raise $15 million for Puerto Rico after visiting the hurricane ravaged island 15 months ago.

In 2017, Hurricanes Maria and Irma slammed Puerto Rico, where Miranda’s parents are from and where he spent most of his summers. The hurricanes resulted in widespread power outages and damage costing millions. English teacher Marcos Miranda, who was born in Puerto Rico, described how “the only family I have left in Puerto Rico are some distant cousins […] they were hit hard but survived.” To this day, many Puerto Ricans are still recovering.

The reapportionment of Puerto Rico’s budget after the hurricanes has severely impacted several of its industries. One of the heavy hitters being the arts and culture sector, which had 95 percent of its budget cut, according to Eduardo Arosemena-Munoz, the President of Puerto Rico’s Institute of Culture.

“I think it’s a brilliant idea [to have Hamilton performed in Puerto Rico]” Ricketts stated. “It [is] generous and amazing that Miranda is giving back to his community.”

M. Miranda went on and explained how “the intent [of the Hamilton performances] is to bring attention to [Puerto Rico] – how it was dealt and its recovery.” The creator of “Hamilton” is “using his star-power to help build back Puerto Rico’s economy.”

While some tickets for the show cost up to $5,000, for 10,000 lucky Puerto Ricans, this will not be the case. Through a lottery, locals have an opportunity to win $10 tickets to see “Hamilton.” In addition, JetBlue is holding a giveaway for select winners and their families to fly to Puerto Rico.

Miranda is returning to the role of Alexander Hamilton in his musical after two-and-a-half years. He stopped performing with the rest of the cast to focus on various other projects. One of them being writing songs for “Moana.” Performing in his home country, Puerto Rico, is another achievement Miranda can add to his list.