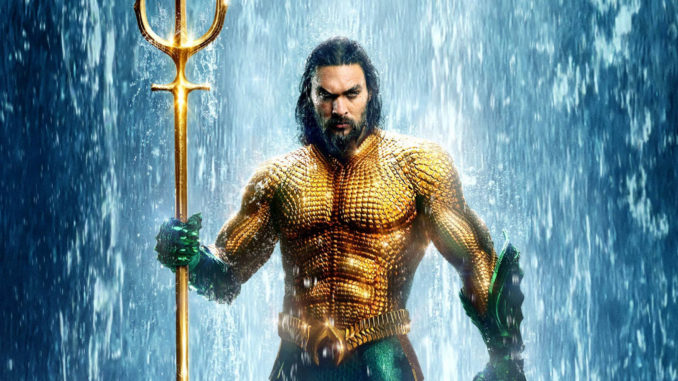 “Aquaman” has seldom been taken seriously amongst comic book fans and non-fans alike. Nobody thought much of a man that could swim fast, talk to fish and wear orange spandex. It was when “Aquaman” was confirmed a movie, released on December 21, 2018, that the hype started. Given the DC Extended Universes’ (DCEU) past, many did not expect “Aquaman” to do well in theaters.

Starring “Game of Thrones” actor Jason Momoa, “Aquaman” is about the son of a lighthouse owner and the queen of Atlantis. His quest is to take his rightful place as King of Atlantis from his anger-driven half brother, Orm. Orm blames Aquaman for the death of their mother and does not like that Aquaman is trying to take Atlantis from him. Aquaman alone is not strong enough to beat Orm and the entire Atlantean army, so he accepts the help of a familiar name to comic book fans, Princess Mera. Together, they embark on a journey to find the lost trident of King Atlan, the legendary first king of Atlantis, while simultaneously battling an enemy from Aquaman’s past.
Sophomore Daniela Carmona said, “It was just really predictable and you knew what was going to happen all the time.” Predictability seemed to be a common opinion among “Aquaman” movie-goers. Sophomore Edouard Garnier said, “A lot of the scenes were really cringey. You could see what was going to happen.”

Carmona also added, “The effects were really, really cool.” Garnier said his favorite part of the movie was “Black Manta.” Black Manta is the primary villain in the Aquaman comics, and an instantly recognizable name to fans. Carmona was disappointed in Black Manta’s role in the movie and explained, “Black Manta is a major Aquaman villain and they just kind of put him in there as an afterthought.”

The DCEU has not been doing very well with its recent releases and many were excited to see how “Batman vs Superman: Dawn of Justice” (BvS) would turn out when it released in 2016. Unfortunately, “BvS” only made $872 million in the box office, compared to most Marvel movies that make well over $1 billion. Other DCEU movies, including “Suicide Squad,” “Wonder Woman,” and “Justice League,” did not do too well either, never exceeding the $900 million point. When asked if the DCEU’s past would influence his decision of watching “Aquaman”, Sophomore Grafton Gore said, “No, I just kind of thought [to watch “Aquaman”] because of the trailer, the trailer looks really good…It kind of brought DC up compared to Marvel.” Sophomore Tony Tian implied that the failure of these movies did not influence his decision to watch the movies either, stating, “Everyone was watching it so you know I had to watch it.” Although “Aquaman” may be predictable to many, the effects are very well produced, the actors were fantastic and it is an exciting adventure, enjoyable to everyone.