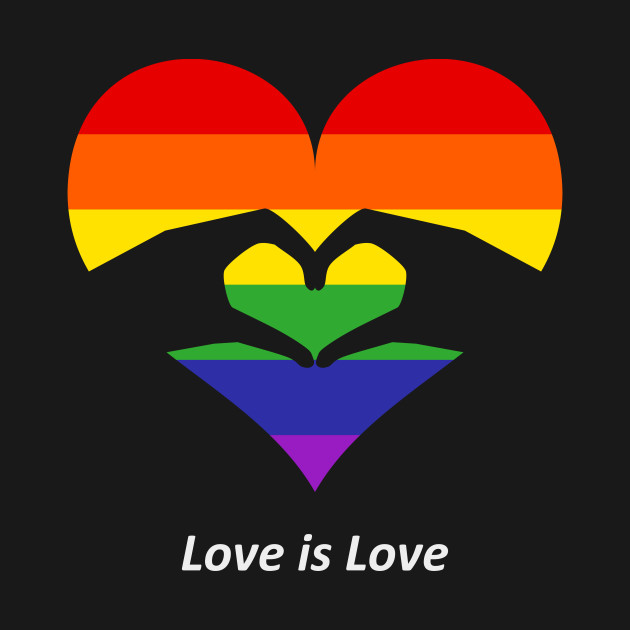 Coming out is a difficult process for many people, but it is even more difficult when one’s orientation is not commonly accepted in society. Two Suncoast students struggled with this issue, and it took them years of thought, courage and support to finally accept themselves as bisexual.

Bisexuality is an umbrella term that includes several categories, including pansexual and fluid. Hence, it has several different definitions, according to the Bisexual Resource Center. Typically it is the middle ground, where one is attracted to several sexes or genders, but it is different for each person depending on their experiences and identity.

“Sexuality is something fluid that is unique to every person. Not every person will have the same sexuality, and not everyone will experience it the same,” senior Aura Garduno stated. Garduno identifies as bisexual and has since the seventh grade. Although she struggled with understanding herself and her orientation, she found reassurance in being bisexual from another friend in the LGBTQ+ community.

“After talking with the friend who had come out to me about my doubts, she talked to me about how there was nothing weird with my sexuality [and] that there were a number of people out there just like me,” Garduno added.
However, like many other bisexual people, Garduno has encountered biphobia and negative comments regarding her orientation. One of the largest issues that bisexual people face today is bi-erasure, which is defined by Gay and Lesbian Alliance Against Defamation (GLAAD) as the denial or questioning of the legitimacy of bisexuality. It also includes the outright denial or ignorance of bisexuality. This issue persists because of several stereotypes, one of the most prevalent being the idea that bisexuality is always and only a phase or stepping stone to identifying as straight or gay later.

“People shouldn’t have to like one gender or the other, they can like people of any gender that they choose, whether it be one or more,” junior Bennett Freedland added. Freedland identified as bi and later discovered that he was gay, but he is not perpetuating this stereotype, as he still validates and understands bisexuality.

“At first, I thought I wasn’t gay, but I wasn’t comfortable calling myself straight either, so I figured bi was the word that worked for the time being. However, a few months after I came out as bi, I realised that I no longer had any interest in anyone of the opposite sex and considered myself gay,” Freedland elaborated. “Sure, I used it as a buffer so I could decide if I was entirely gay or just bi, but if someone says that they are bi, then they are bi.”
People across all spectrums and identities in the LGBTQ+ community discover new things about themselves and may change their label, but bi people are more likely to be invalidated for this, which is another stereotype that perpetuates biphobia.

“ Bi- and pansexual people get blamed most for this because people stereotype them as ‘greedy’ and ‘indecisive’,” Freedland explained. Garduno also added from personal experience that “even now I have issues when speaking about it that people may try to argue my sexuality isn’t real.”

Another toxic stereotype that is held against bisexual people is the idea that they are transphobic, and that the bi in bisexual means that they can only like two genders. As times have changed and more awareness has been developed, the definition of bisexual has changed to encompass more than just two genders.

“…The idea of bisexuality being transphobic goes with those that refuse to recognize a trans guy or girl as the gender they chose. It doesn’t mean all bisexual people share this prejudice against the trans community,” Garduno said.

These stereotypes add fuel to the fire that is biphobia, which is one of the reasons why bisexual people are more likely to have higher rates of depression and anxiety as compared to other people within the LGBTQ+ community, according to GLAAD. Issues of phobias against all sectors of the LGBTQ+ community are still strong today, including homophobia and transphobia, but it is important that biphobia becomes just as recognized so that bisexuality can become normalized.

“We can educate people on differing levels on the Kinsey scale, and what each level exactly means, go more in depth in sexual orientation during the Human Growth and Development curriculum, participate in projects and movements that prevent bi erasure from occurring. The list goes on,” Freedland mentioned.

There is more support today for the LGBTQ+ community than ever before, and this is a trend that needs to continue in order for all people to feel accepted and valid. Now, gay icons such as Ellen Degeneres and Troye Sivan inspire people. Similarly, popular media, like the movie “Love, Simon,” or the book “Carry On” by Rainbow Rowell, have given LGBTQ+ people an opportunity to relate with and be inspired by characters with which they can identify. However, there are way less bisexual people portrayed in the media. GLAAD’s report in 2013 shows that bisexuality is the smallest portrayal of LGBTQ+ people in the media, especially for men.

“It’s ironic that for a community that holds itself to be so accepting and even includes us in the name that they still hold so much stigma against bisexuals,” Garduno commented.

Recently though, more bisexuals have been portrayed in the media, such as the television show and book series, “Shadowhunters,” and the television show “Brooklyn Nine-Nine.” Bisexual people will feel more welcome and free to open up about their sexuality with more portrayal and acceptance.