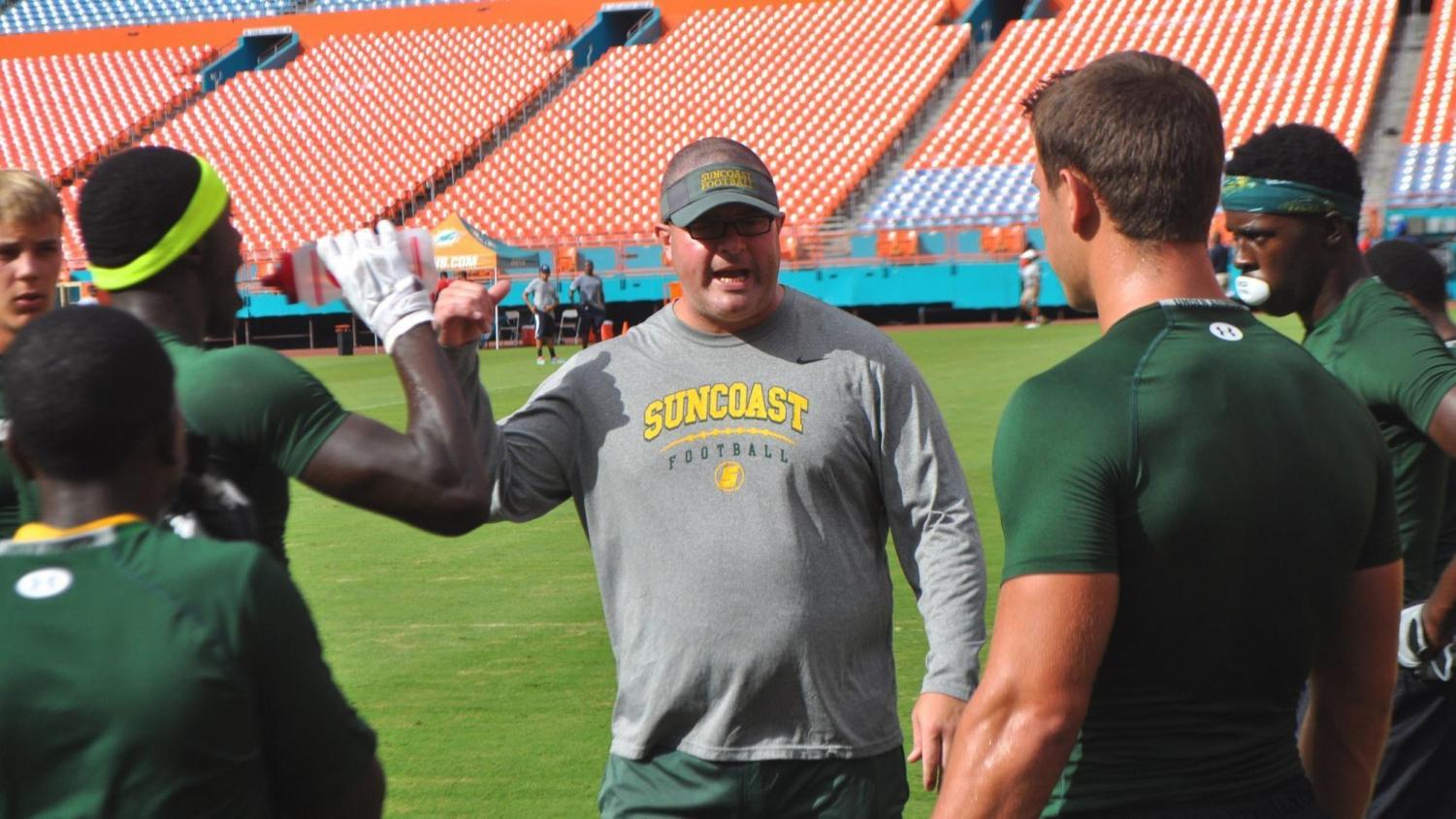 Coach Clark is bringing the Charger boys back to victory.

Three years ago, while James Clark was the head coach of the Chargers football team, they were at their prime. Clark understood what the athletes needed to do in order to perform at their best, and his passion for football had a strong impact on the team as well. He trained them harder than any other coach and molded them to become a thriving team. Due to family reasons, Coach Clark had to take a few years off, but now he has returned!

“I want to bring the Suncoast football team back to being the exciting, winning football team, which I’m convinced we can,” Clark said.
Many athletes are returning to the field with just the thought of having Clark as their coach. In their recent meeting, they had over 30 kids show up interested to partake in the spring season.

Junior Aaron Adams is one of those who is excited about Clark’s return. As he continues into senior year as captain, he knows Clark will be an amazing asset to the team.

“Coach Clark brings enthusiasm, experience, and passion to the team which will put Suncoast football back on the map,” Adams stated.

Since Clark’s high school days, he has always had an incredible amount of passion for football. He used to play for The Benjamin School and has always wanted to be involved with football his whole life. Due to a severe injury, he was unable to continue his life as a college football player but now is a football coach. When he started his coaching career, he was the Defensive Coordinator for The Benjamin School’s football team, and he enjoyed having football involved in his day to day life. He was molded to become a football coach by Ron Rem, the head coach for whom he was assisting.

After 12 years of working for Benjamin, he decided he wanted to coach at a public school with an academic culture and a strong sports culture, like Suncoast.
“I see no reason why we cannot be great on the football field while also being great in the classroom,” Clark said.

When he began to coach Suncoast’s football team, it was challenging for him at first. He dealt with assistant coaches that did not have the same level of passion and determination for coaching as he did. It took time to get everyone on the same page, but once they did, the teams’ success started to accumulate. He made sure they had weight room workouts every week to build their strength and intense drills to work on their skills.

“I want to send a message to all the students at Suncoast: … if you are interested in playing football, now is the time to join the team. In addition, if you are not a football player, I promise you will be proud of the team and the players here under my leadership,” Clark announced.

During this recent season, Suncoast has seen a few imperfections, which can be easily resolved. What they expect to see in the fall of 2019 is building the players into becoming more confident in their plays and working as a team.