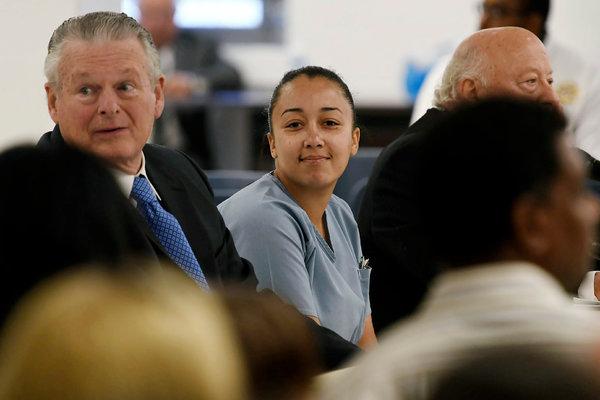 A recent case shows the link between schools and crime.

Cyntoia Brown was granted clemency on Jan. 7, 2019, commuting her life sentence to an end date in August 2019. Brown had already served 15 years in prison for killing a man who had hired her as a prostitute while she was being sex trafficked. Although she was only 16 at the time, Brown was tried for the murder as an adult. Her case highlights the relationship between public schools and the criminal justice system.

One of the many roles of the United States government is to provide primary education for children, from kindergarten through high school. Under Florida state law, students can legally drop out of school at age 16. While the graduation rate of Suncoast is almost 100 percent, this is an anomaly in Florida. According to the Florida Department of Education, the 2016-2017 school year had a dropout rate of about 18 percent, meaning that almost a fifth of Florida students did not graduate high school. The US Department of Labor reported that dropouts earned an average of $400,000 less in their lifetime than those who finished high school, and that the unemployment rate for dropouts was almost double the national average.

Of course, dropouts could earn a General Education Diploma (GED), which is basically an equivalent to a high school diploma. However, earning this GED involves passing a series of rigorous tests that almost half of traditional high school graduates could not pass. Thus, it may seem like an impossibility to many dropouts.

Even more seriously, dropouts are more likely to end up in jail or juvenile detention than those who finished school. Brown dropped out of school very early, and while this was not the only cause of her imprisonment, it certainly contributed. Children spend a majority of their life in schools, so naturally their educational experiences shape who they are for the rest of their lives. Brown’s biological mother gave her up for adoption when Brown was 2-years-old. A film about Brown’s life suggested that even with her adoptive family, she had too much instability in her life for the right personal development. If a student is having problems at home like Brown was in her childhood, schools should be places of relative safety or constancy. If children struggle with school and do not receive help, their negative experience will impact their future behavior. Students who cannot cope with a negative school experience will drop out, or they will stay in school and cause trouble.

The latter tendency, where students “are funneled out of public schools and into the juvenile and criminal justice systems,” according to the American Civil Liberties Union, is called the school-to-prison pipeline. This direct connection between schools and incarceration is created by insufficient resources in schools, an increased police presence on school campuses and zero-tolerance policies, which put harsh penalties on students despite the circumstances of the violation. As a choice school, Suncoast policies are famously strict. However, they are not overly harsh, as demonstrated by the one percent suspension rate and below one percent police referral rate at this school. The Suncoast administration reported that, so far, only four students were exited for administrative reasons during the 2018-2019 school year. This is not the case in the rest of the state, as Florida has some of the most severe zero tolerance policies in the US. The recent, broadly publicized school shooting just less than an hour away from Suncoast has only heightened the stringency of Florida’s policies. The school-to-prison pipeline is an alarmingly extensive and horrifying problem, but it is one of the only other options struggling students have to dropping out. Schools are not doing their jobs if students go to prison, nor if they drop out.

The unfair choice between dropping out or the school-to-prison pipeline can be fixed. The Southern Poverty Law Center recommended giving teachers more training in effective discipline instead of involving the police, and Teaching Tolerance proposed that schools should “provide simple explanations of infractions and prescribed responses in the student code of conduct to ensure fairness.” Freshman students Sierra Weinstein and Saanvi Kodiganti both suggested programs that monitored students and selected those who were struggling academically or behaviorally to help. The programs would prevent individual students from falling through the cracks.
During her time in prison, Brown got her GED and earned an associate degree from Lipscomb University. Her story is either an exception or an example of progress. In a statement to the governor who pardoned her, Brown thanked him for a second chance.