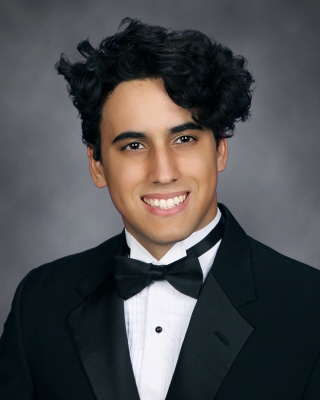 Waiting anxiously on a plane, he began to wonder what opportunities this new country had in store for him. He recalled his parents sitting him and his brother down as they were told the biggest news of their lives, their grandfather’s claim came through and they would be moving to the United States. After over five years of waiting, it was something they knew could possibly happen, but that did nothing to stop the nervousness that filled their eyes as the reality of moving to a foreign country settled in or the sadness at the thought of having to leave their father behind.

In hope for better opportunities, senior Dany Hernandez and his family immigrated from Cuba to the United States when he was just five years old. Cuba’s communist state presented a series of limitations for the bigger chance to grow and succeed.

“We came to the United States in the search of better opportunities that weren’t available in the communist state of Cuba. My parents wanted a better life for their kids, so what better place to go than the land of opportunity,” Hernandez said.

Without their father for that month, transitioning was much harder for the two. It was up to Hernandez and his brother to help any way they could.

“I remember that I felt really sad that my dad wouldn’t be coming with us when we went to America. My brother and I cried because we did not get to see him for a month,” Hernandez said.
Despite them moving when he was fairly young, adapting to American customs and traditions was still quite difficult. As time passed they began to assimilate, adjust and learn the new language and customs.

“The biggest challenge in America was adapting. Completely changing your way of life is a difficult process and it was difficult in the beginning, but over time we were able to slowly adjust. Learning a new language was probably the hardest thing, but after that, everything came much more smoothly. I think that since I came to the United States at such a young age, learning English was easier and more natural for me, but it was definitely still a struggle,” Hernandez said. Besides the difficulties with learning a new language, one of the hardest things Hernandez had to do was leave everyone he knew behind in Cuba. Even though he was young when he left, his friends and his extended family was still in Cuba. Hernandez and his family also had to deal with difficult living arrangements as they transitioned into the United States.

“The hardest thing for me was to leave all my family and friends behind and to adapt to a completely new culture and language. At first it was pretty difficult because my parents, my brother and I lived crowded in a wooden home and I remember that we all used to sleep on the same bed,” Hernandez stated.

Hernandez also had difficulties with adjusting to the new school system and making new friends. He had always been a shy person, so having to make friends that spoke a different language was quite the feat. Rather than complain about being alone, Hernandez used the free time he had to study and learn.

“I was never bullied for being an immigrant, but I did sometimes feel like an outcast. At the school I went to in Miami, Redland Elementary, I didn’t have any friends because I didn’t know any English.

On top of that, I was also extremely shy, so I barely communicated at all. But all the time I didn’t spend socializing, I put into studying and learning English in the ESOL program,” Hernandez recounted.

While dealing with this transition, Hernandez heavily relied on his family whenever he felt as though everything was becoming too much. He knew he would have their support no matter the situation.

“I can always count on my family whenever times got tough and I needed consoling or advice. My mom and dad are always there to help me,” Hernandez stated.

Although they have been in America for years, Hernandez’s parents are still facing difficulties with fully understanding the language. Hernandez has made it his responsibility to help whenever he can.

“Even though we’ve lived in the U.S. for about 13 years now, my parents still aren’t fully adjusted to the culture here as they should be. They still struggle with English, and I often translate for my dad whenever he has meetings with clients. Now that my brother is at college and I’m about to go later this year, my parents aren’t going to be able to rely on my brother and I for help anymore. They made us a promise that in 2019 they will focus on practicing their English, so I’m excited to see how far they will come,” Hernandez said.

Although assimilating to the new culture was important to Hernandez he also made it a priority to keep his Cuban heritage alive. Throughout the day he transitions between the two and takes what he learned from both cultures and apply it to his everyday life. Each culture has provided Hernandez with valuable lessons that allows him to flourish wherever he goes.

“I consider myself to be bicultural. I possess the ability to easily migrate between two distinct worlds with a single step: my Cuban culture when I step into my home—stepping out, to my American culture. Growing up, my parents instilled in me the values and principles of a traditional Hispanic family, but through the portal of my front door, I became assimilated to the American culture. I value greatly the closeness and emphasis on family that comes from my Cuban roots, but at the same time, I value the significance of individuality that stems from my American culture. My cultural identity is peculiar and complex, but I adore every aspect of my cultural identity,” Hernandez said.

Using all that he has learned from this experience, Hernandez has plans to become a future business owner like his father. He hopes to return the sacrifices his parents made by moving to the United States by helping provide for their future.

“I want to be a business owner. When we moved to West Palm Beach, my dad started his own landscaping business to provide for the family. Watching my father work fostered a passion within me for entrepreneurship. Plus, being an entrepreneur also takes into account the passion that I have for communications. My dream is to be able to provide for my parents, just as they have provided for me,” Hernandez proudfully stated.