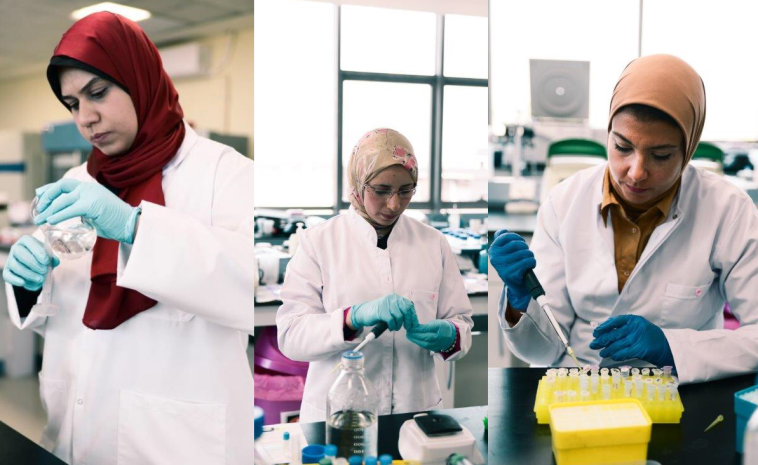 The three women joined other scientists all over the world to celebrate achievements in various scientific fields made by women.

Attendees of the ceremony include Sahar Nasr, the Egyptian Minister of Investment and International Cooperation; Benoit Julia, the Managing Director of L’Oréal Egypt; the Academy of Science; the National Council of Women and top government officials.

Sophomore Basem Ghobrial, who was born in Egypt himself, described how “the work of these three scientists is such a big deal for Egypt. They are representing Egypt in a positive light to the rest of the world.”

Balaha, one of the winners, is a pharmacist and a chemist. She used new compound cells to combat cancer. It acts as a poison to specifically treat lung cancer. She also created a specimen linking the shape of normal cells to the shape of cancerous cells in the lungs.

A teaching assistant and researcher, Mostafa, examined the components of various medicines and their properties. She hopes to one day create easier ways to observe these components.

While women in Egypt do have the right to work, they usually do not hold a job willingly. They only work if they need to better provide for their families. For these three scientists to win such prestigious awards is quite a big deal. The work of Balaha, Mustafa and El-Yazbi goes out to show other Egyptian women, and even women all over the world, that science is not a closed field; it is open to everyone.

Ghobrial hopes that “their achievements could be used as a way to improve and promote education in Egypt. A better education could prompt more young Egyptian girls to study hard and work in fields of their choice rather than at factories.”

The L’Oréal-UNESCO For Women in Science began 19 years ago in hopes of bringing more attention to female scientists and help them accomplish their goals.