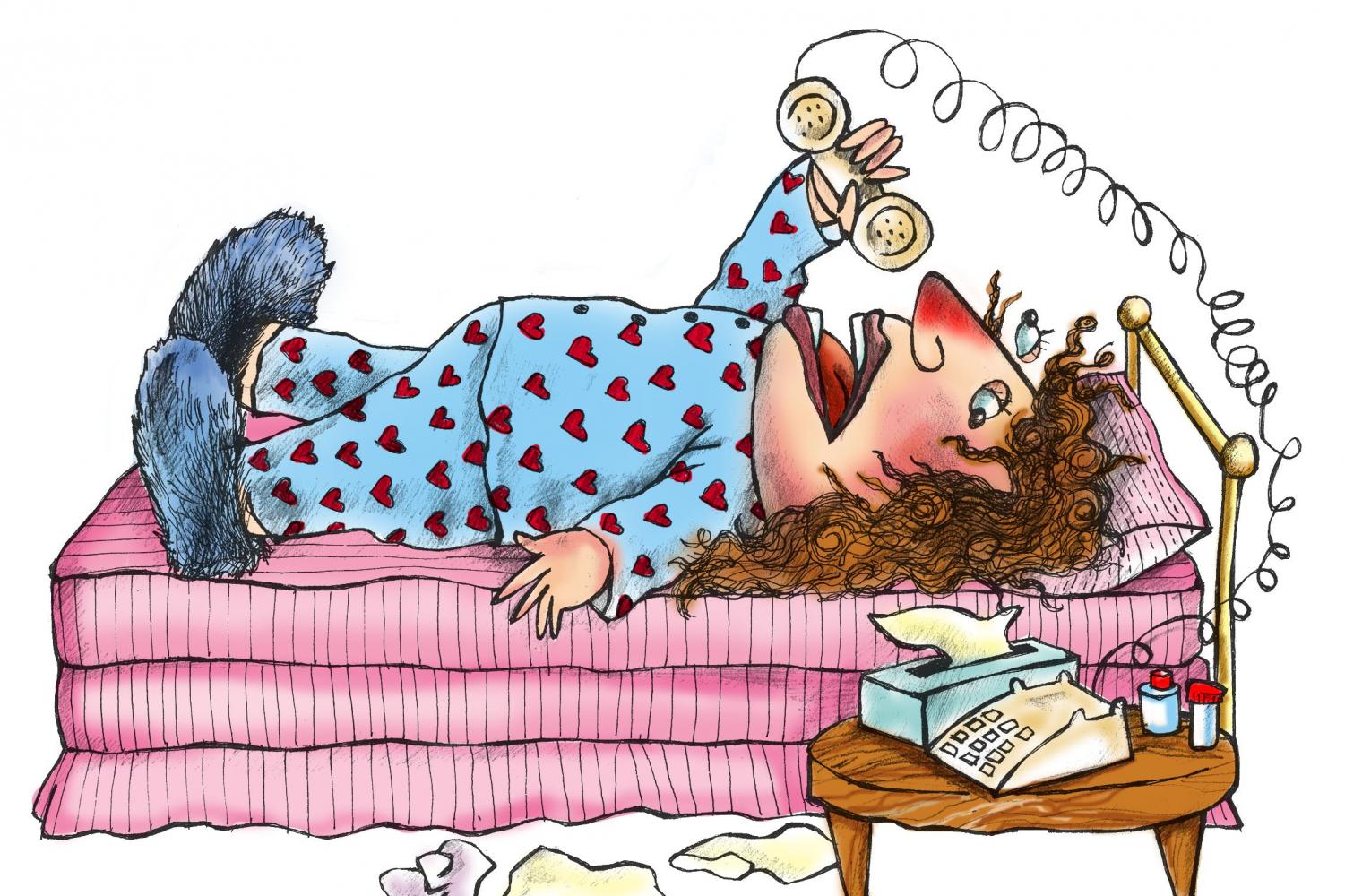 The unreasonable consequences on being out sick.

It seems like it is always flu season, especially when the kid sitting next to you always seems to be sniffling and obnoxiously blowing their nose as you subtly scoot a little further away from them, in a feeble attempt to protect yourself from the plague. They also understand missing one day of school could be equivalent to missing a whole chapter of notes and being lost the rest of the quarter. Therefore, missing a day of school would not be an option for them, even if they were having severe symptoms.

Zachary Cary received the Flu vaccination shot but still got the flu. He was out for about four school days and returned while he was still recuperating. He believed it was unfair for his grades to be affected because of class assignments he was unable to complete because of his illness. His teachers were understanding of his medical condition and were able to assist him in the help he needed to move forward with his work.

“I didn’t want to miss any more school because I knew when I return, there would be a tremendous amount of work that I would have to make up. It’s unfair because the students couldn’t control they were sick and while we were sick, we weren’t able to think properly to complete the assignments that were required while we were out,” Cary said.

Another downside is teachers often give more challenging tests to students after their return to school from being sick. Teachers lack trust in the students who say they are sick in fear of them actually skipping. Students do get sick often, but are not given the equal opportunity to make up the work, which was assigned while they were out sick, because certain teachers believe the student should not miss any school days no matter what. This is unfair because every student should have the equal opportunity to complete the same assignment as their peers, and not be penalized because they were sick with the vaccination shot that the school advertises.

In order to prevent the flu from occurring, flu vaccinations were provided for each student at the beginning of the school year. At first glance, vaccines present themselves as extremely safe and successful catalysts, which build up the body’s defensive systems, and, according to Centers for Disease Control and Prevention, the benefits of vaccines are actually greater than their potential and or harmful side effects for most children who take them. Vaccines work by injecting either a dead or extremely dormant version of said virus into the body, usually via the arm. As explained by LiveScience, this allows the body to create antibodies, which are rich in proteins and help fight against the antibodies, or the virus entering the body. Vaccines help the immune system by giving it a head start to produce thousands of antibodies, assuming the body is under threat of a potential disease with the implementation of the vaccine.

Many do not trust the science behind administering vaccines, since introducing a disease into the body typically is viewed as dangerous. Despite this, teachers and students at school are encouraged to get flu shots because vaccines have been known to prevent widespread disease epidemics, even on a small scale, such as keeping those from getting sick and missing school.

Overall, students have managed to prevent missing days of school because of the consequences of being absent. Sick days are unbearable and inconvenient, but students should be allowed to take them without being penalized.