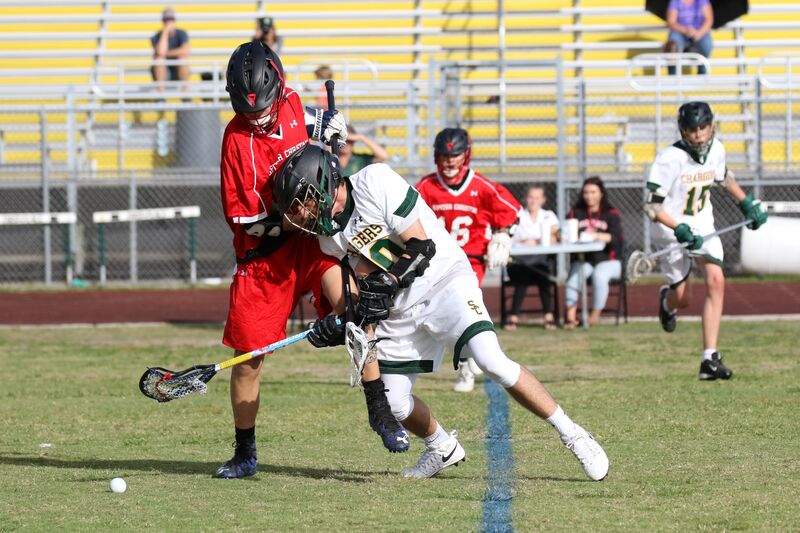 LAX TO THE MAX

The lacrosse careers of Austin Armbruster and Lucas Giacopelli.

The salty, stubborn smell of sweat is in in the air. Boys run back and forth over a field of grass. The sun is beating down, athletes are gasping for air and practice has only just begun. This is an image of the boys lacrosse conditioning at Suncoast Community High School. Although practice is grueling, the team does it in order to have a chance to do well this season. Two of the many boys that show up at lacrosse conditioning are Austin Armbruster and Lucas Giacopelli.

Armbruster, who played for Suncoast during both his freshman and sophomore years, plans to play again this coming school lacrosse season. “Freshman year, our team was really good . . . last year wasn’t the best season,”Armbruster said. “It’s going to change this year.” He also plays for a travel lacrosse team. The travel team is “more serious [and we] try to win tournaments [but] with the school team it [is] more laid back and more fun.” With everyone on the team getting along with each other, they have lots of fun. Armbruster enjoys playing lacrosse over other sports because of the immense excitement during the games.

Giacopelli, on the other hand, is a freshman planning to play with the school team for the first time this lacrosse season. At practices and conditioning, he feels that he is being treated well along with all the other freshmen. He also met new people just from participating in the workouts and conditioning. Conditioning for the boys lacrosse team is held on the football field. They “meet at the track at 3:00” and practice until 4:30. “Everyone who shows up for conditioning get along pretty well and they all have fun together,” Giacopelli said. Giacopelli loves the action that comes with playing lacrosse compared to other sports.

The lacrosse season does not start until late January, and in between now and then are conditioning workouts, tryouts and practices. Armbruster’s goal this season is to “improve as a team, win games [and] have fun.” Giacopelli wants “the team to be in the playoffs” this season and to make new friends this season. Either way, both boys intend to have a great time while playing lacrosse.