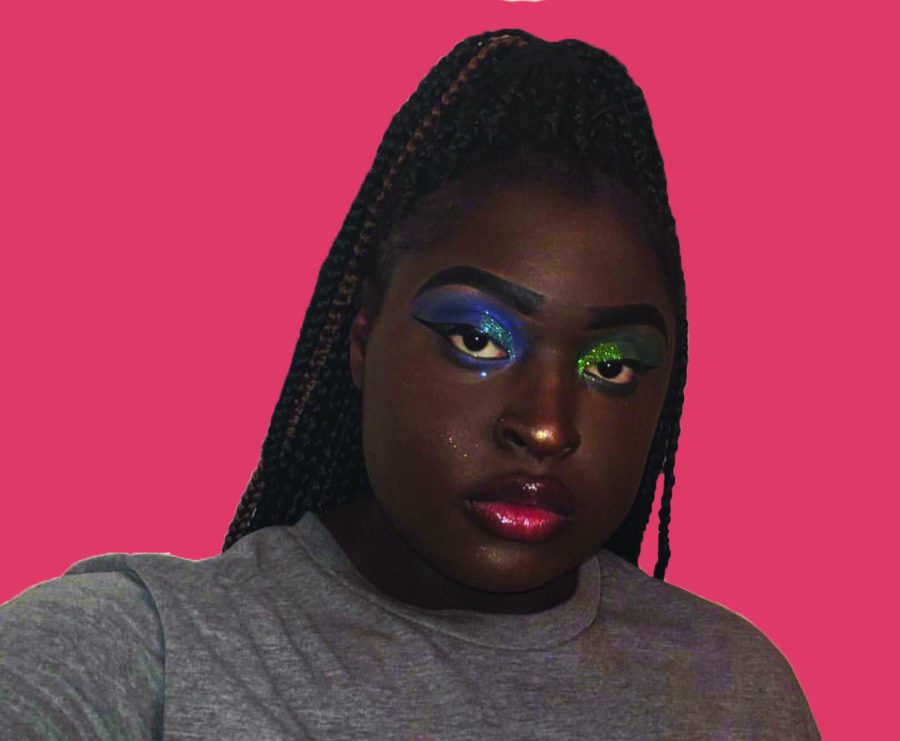 MAKEUP FOR THE MASSES

She wakes at 4:50am each day to complete the same process, beginning with primer and moisturizer. The next step is her eyebrows, and after that her eyeshadow and foundation. The final steps include concealer and setting powder, and then topping it off with highlight and setting spray. This entire procedure takes her around a half hour, but Shoobie Leonard has always taken pride in her makeup skills.

A senior at Suncoast, Leonard began experimenting with makeup in the beginning of her sophomore year, and since then, she has improved enough to begin affiliating herself with other makeup artists, or MUAs. She is entirely self taught as well, gaining her skills and inspiration from YouTube tutorials and other MUAs on Instagram.

“My main inspiration was MUAs online like Jackie Aina, Tina Halada, Alissa Ashley, Rihanna, and Ella Rie,” Leonard explained. “They broke so many boundaries, and I was able to see how important the art of makeup is.”
Once Leonard was more comfortable with makeup, she began to push out of her comfort zone with bold colors and crazier looks. She has used bright colors, such as pink, gold, blue and others to create unique and stylish looks, and she has looked at celebrities like Cardi B and Rihanna for further inspiration with both confidence and makeup.

“The interesting thing was the ability to transform your face just with a brush and some colors. That’s amazing to me because I love seeing how creative I can get with my palettes,” Leonard said.

Even if makeup is a passion for her, it is not a flawless or drama-free industry. There is racism and sexism behind the layers of concealer and colors. One issue that Leonard has faced is certain brands of makeup not selling foundation or concealer that matches her dark skin; however, there are brands that are praised for selling a variety of shades for all skin types, including Fenty.

“Many companies include all the lighter shades in their initial release and when they get the backlash from people of color that they don’t see their shade, they extend it. The foundation originally should’ve been inclusive, it should not have to be extended,” Leonard said.

Additionally, many men tend to equate makeup with a negative connotation. They expect women to wear makeup solely to impress them and then complain that women look like clowns when they wear too much makeup. The idea that one should “take her swimming on the first date” insinuates that a girl can hide all of her ugly features with makeup, and she is essentially posing as someone who she really is not. These harmful comments can be detrimental to women who struggle with their insecurities.

“To be honest, women do not wear makeup for men, we wear it because it is a beautiful amazing art, and it’s a talent,” Leonard commented. “… the preconceived image that women have to fit into a certain box or category is so inaccurate.”

Men also face backlash for using makeup. Makeup is typically associated with women and girls, and men who wear makeup are labelled as “gay” or “trans”.

“In the MUA industry men are usually looked down on and people leave remarks such as “makeup is for girls”; that is not true at all. Makeup is for anybody no matter your gender, race, sexual orientation or age,” Leonard added.

Although MUAs face criticism and hate, this has not stopped Leonard. Her creativity and her ability to think outside of the box has made her stand out from other MUAs, and most importantly, she is not afraid to do new things.

Leonard has begun to turn her passion into a side job, having done makeup for the 2018 Prom Season and several other events. She has an Instagram page (@slaybyshoobie) and a Snapchat (@shoobie_dimples) that she uses to post her makeup looks and tutorials. With these accounts, she has been able to reach out to students from Suncoast and other schools, as well as anyone else who wishes to be inspired by self-made MUAs. She plans to keep makeup as a hobby and a side job while she pursues her career in medicine or business.