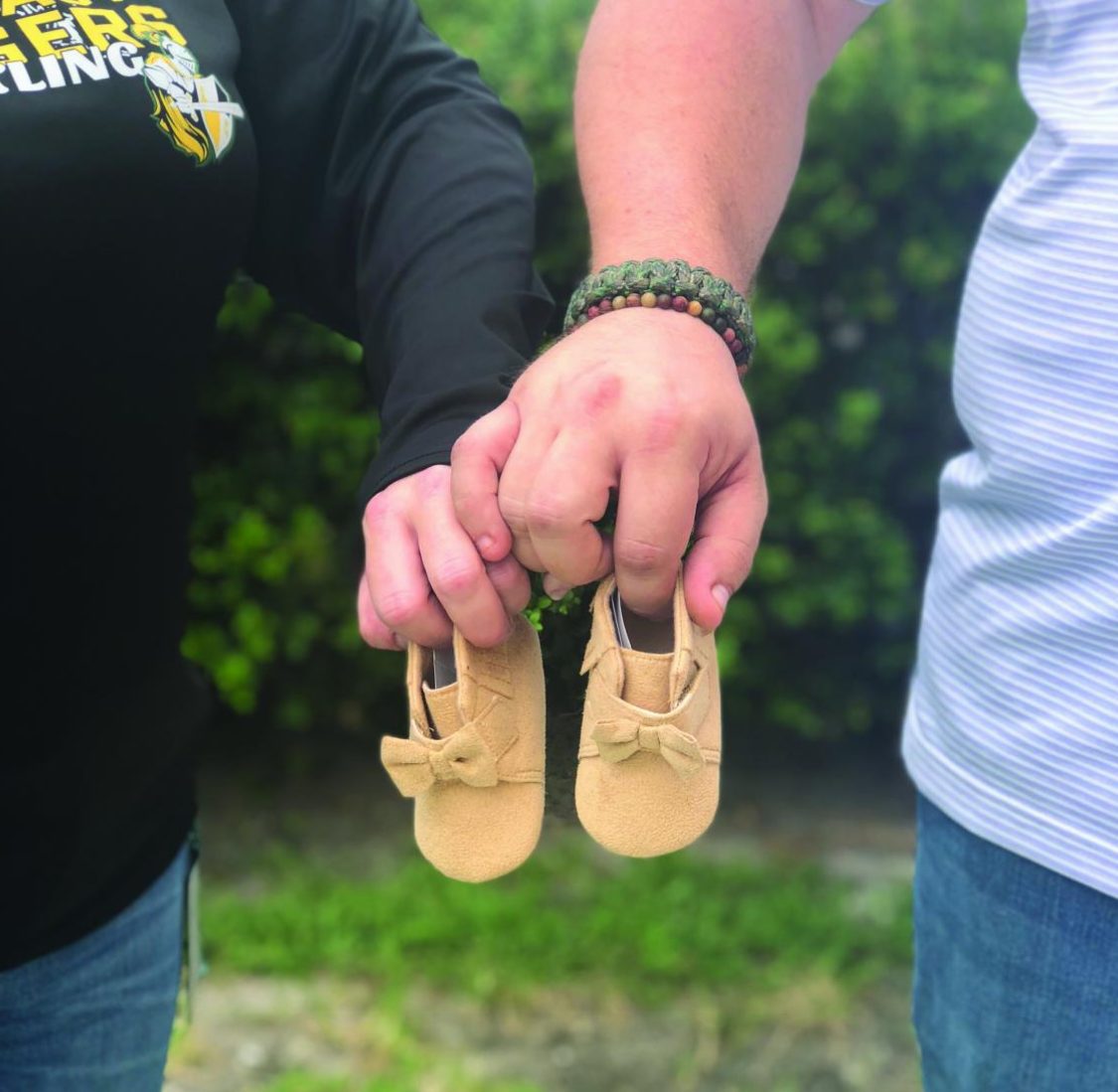 After looking through several photo albums, she had undoubtedly decided who would be the best parents to raise her child.

The pictures of their wedding and hobbies, from hiking to watching Dallas Cowboys games, reflected their loving personalities. The life displayed in the Shutterfly book offered her daughter the life she could not provide, and Tiffany Brown being Dallas Cowboys fan sealed the deal. The days following the selection, the Browns felt a range of emotions: excitement for what was to come, happiness for getting the opportunity to adopt, and nervousness to take on the challenges associated with parenthood.

After the death of their first son, Sebastian Brown, last year and multiple attempts at conceiving, the Browns realized adoption was the best option for them.

“It was made very clear that my husband and I weren’t going to be able to have children and we always wanted to be parents, so adoption was the option that we had went with. It was kind of crazy because Mr. Brown and I wasn’t certain that we wanted to adopt yet. It was one of those things where we still hadn’t gotten over the death of our son, so it all kind of just fell into our laps,” T. Brown said.

Unlike most cases, the Brown’s adoption process only took about a year. After making the decision to adopt, the Browns met with an attorney recommended by T. Brown’s cousin. The attorney emphasized how many kids needed loving homes and the Browns would be a perfect fit to adopt. Soon after the Shutterfly book was created, the Browns were chosen as potential parents.

“She [the attorney] was telling us how she had a whole bunch of babies she needed to get adopted. We went in on a Friday; the following Tuesday we were chosen by the birth mother, so it was very quick. Once she chose us, we were in this. We have friends who started about the same time we did and they’re just getting started in making their photo book to show potential mothers, so it is a long process, but for us it wasn’t and we’re lucky,” T. Brown laughed.

“I remember she [the attorney] said there was this person, and this person, and she gave backstories on both people and she [the attorney] kind of slow rolled it and said… but she chose you. We both tried to play it cool, but we grabbed each other like she could see us on the phone and tried to act cool and calm. I don’t know why we tried to act cool and calm because she couldn’t see us, but we got off the phone and we cried,” J. Brown said.

Throughout the search for a child, the Browns were open to all genders and races. Their primary concern was that the child was healthy after dealing with the death of Sebastian. The Browns emphasized that no matter what gender or race the baby was, they would be tremendously loved by them.

“Honestly after losing Sebastian, it was more along the lines of healthy, that’s all we cared about. I am not the type of person who cares about color, sex, gender, or any of that stuff. We just wanted a healthy baby,” T. Brown said.

Despite not having a preference for gender, the Browns were happy that the baby was a girl. Having lost Sebastian a year prior, the emotions were still raw. His death took a tremendous toll on them. The Browns missed two weeks of work and they are still majorly affected by his passing. A major help to them was J. Brown’s parents coming down after they heard T. Brown had went into premature labor and staying throughout the whole process. Having a girl took off the pressure off the baby having to live up to Sebastian’s memory.

“Once we found out we were having a girl, it was sort of a relief, because now that boy doesn’t have to live up to Sebastian, even though he was around for a short time. He doesn’t have to fight with that ghost. Samantha can be herself and basically give me all of my gray hair,” J. Brown said.

On Sept 28 2018 at 9:17 a.m, Samantha Renee Brown was born. After the tragedy the previous year, the adoption offered the Browns and Samantha a second chance. Samantha gained amazing parents and a loving home, and the Browns got what they always wanted, to become parents.

“It’s been awesome to have her home, tiring, but awesome. She is the sweetest in the world. She makes little noises that are really endearing. I kind of feel like a giant dork, but I don’t really care cause she’s my daughter and I will do whatever to keep her happy,” J. Brown said.

Having Samantha home has been a breath of fresh air for the Browns and nothing could be better. At the moment they are just enjoying life with their new bundle of joy.

“Everything has been exactly as expected, except she sleeps more than I thought she would. She is going to cry more so knock on wood,” J. Brown laughs.

“It was surreal because there was so many months of waiting. It is different when you have a pregnancy and having an adoption because no matter how much contact you have, you still have a separation. It’s surreal, it’s awesome, and it was weird because she was finally in my arms and I was like okay, this is it. The lawyer handed her to me and I just stared at her because she was honestly the most beautiful thing I had ever seen,” J. Brown said.