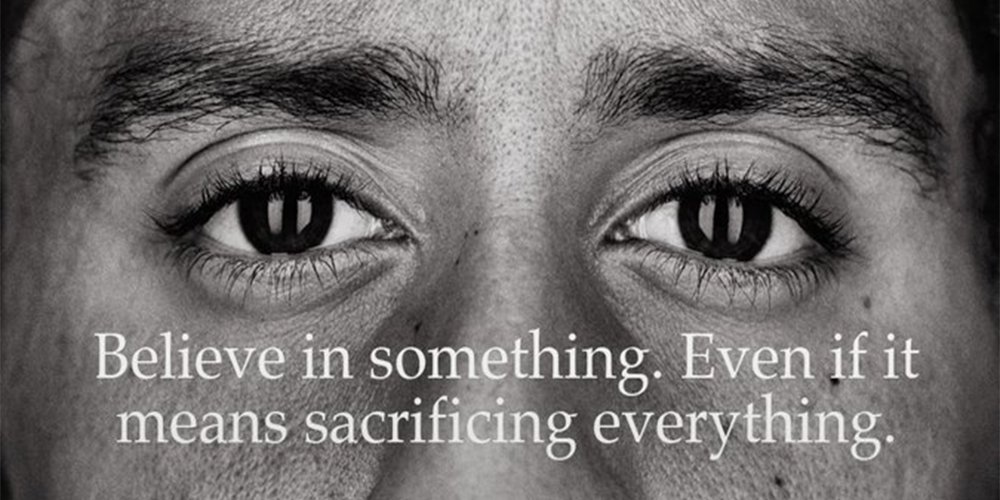 On of Sep. 4, 2018 football player Colin Kaepernick was featured in Nike’s new campaign, “Dream Crazy,” in celebration of their 30 year anniversary. For the campaign, Kaepernick’s face is displayed with the quote “Believe in something. Even if it means sacrificing everything.” across the middle. The quote represents Kaepernick’s reflection this past year after being shunned by the National Football League for exercising his First Amendment right to protest during the national anthem. Nike’s decision to make Kaepernick the face of their new campaign has sparked major uproar around the nation because some feel his actions are inappropriate while others believe that Kaepernick was well within his rights.

After Nike’s announcement, some people decided to destroy their Nike apparel and shoes. NFL fan Sean Clancy tweeted, “First the @NFL forces me to choose between my favorite sport and my country. I chose country. Then @Nike forces me to choose between my favorite shoes and my country. Since when did the American Flag and the National Anthem become offensive?” and proceeded to burn his sneakers. This overreaction by those who own Nike apparel is pointless, because they already purchased the products, so the only person they are hurting is themselves. “By them burning up their shoes and things, they are only costing themselves money,” senior Yanique Spencer said.

After the campaign dropped, some people also began to boycott Nike, but the boycott has actually had the opposite effect than intended. According to the New York Post, they have been selling more merchandise, and stock prices are at an all time high according to CBS News. The Nike boycott has only benefited the business rather than hurt it.

People are protesting Kaepernick’s endorsement because they disagree with him kneeling during the anthem. They see kneeling as disrespectful to all the veterans that fought for our rights, but what they fail to realize is that vets fought to protect his right to protest. Kaepernick is not trying to disrespect vets in any way, he is protesting the police brutality of black, unarmed men across this nation, and the majority of vets, black and white, support his right to protest peacefully. “It is frustrating to see how many times people have had to explain why he is kneeling, and yet, no one is listening,” senior Rose Termidor said.

Students are taught everyday in America that they have the right to protest and should fight against injustice, but when a prominent figure does just that, he is shamed for his behavior. We have a variety of clubs and events that allow students to express themselves freely, so if high school students are able to understand the idea of free expression, why is it so hard some adults across this nation?