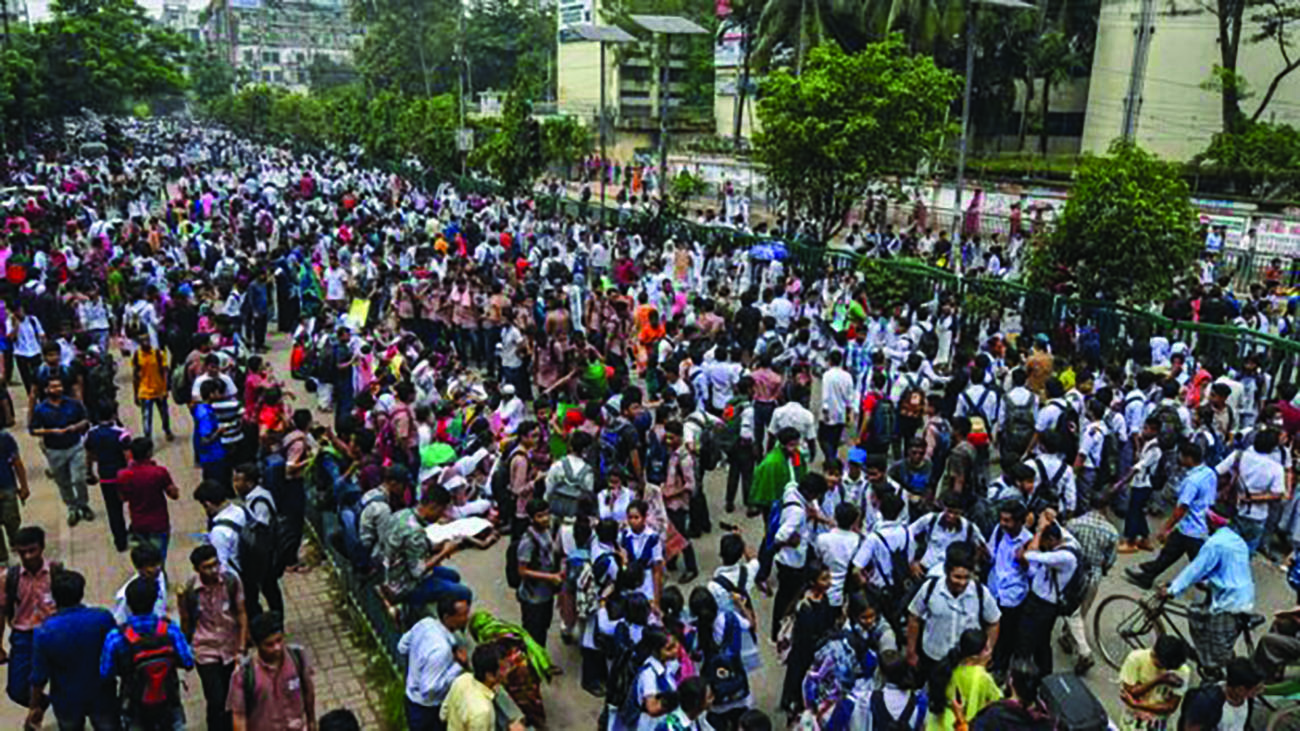 IN THE LANE, PLEASE

Students in Bangladesh protest due to road regulations.

On July 29, 2018, a bus driver in Bangladesh drove into a group of students on Airport Road, leading to two students being killed. The bus driver reportedly did not have a license to drive a bus, and ended up on a seven day remand. Mir Rezaul Alam, a Dhaka Metropolitan Police additional commissioner for traffic, told the media, “In Dhaka, inefficient and unskilled drivers are running the mass transport system, causing so many accidents. Many of the drivers do not have valid licenses. Police also fail to enforce traffic laws strictly because of lack of manpower in [the] traffic division, recklessness of the drivers, and scattered movement of the pedestrians.”

Thousands of students began to protest on July 29 on the streets of Dhaka for the common reckless driving and road regulations. Days following the accident, the number of students increased as they demanded action for all the drivers not having a proper license and road safety. According to The Diplomat, “Students began stopping buses, police cars, and even the Minister of Commerce car, asking to see driving licences and requesting that drivers follow and enforce traffic rules. Several videos were posted online of police and bus drivers failing to show legal driving licences.”

The protest continued for days, students vandalized hundreds of vehicles and fought to create change in the regulations. At first, the government underestimated the students and thought the protest would end but they were more than wrong. Parents joined their kids to support them and make sure their children do not get injured during the violent protests. Bangladeshi students shared their opinions towards the protests in Bangladesh. Junior Sonaxey Khan said, “I totally support this action, more students should be involved because in Bangladesh many people are scared of the government and police, but if they face those fears they can make a change.” Junior Ambreen Murad added, “I think something so big like the protesting in Bangladesh won’t slide or be overlooked, so a change is more than possible.”

While the students were stopping cars and encouraging drivers to follow traffic regulations, it resulted in drivers actually following orders from the many students. Cars were in separate lanes, they were following traffic lights and the speed limit was taken into consideration. The government has also initiated the Road Transport Act 2018 and was approved by The Cabinet Division on Aug. 6, 2018.