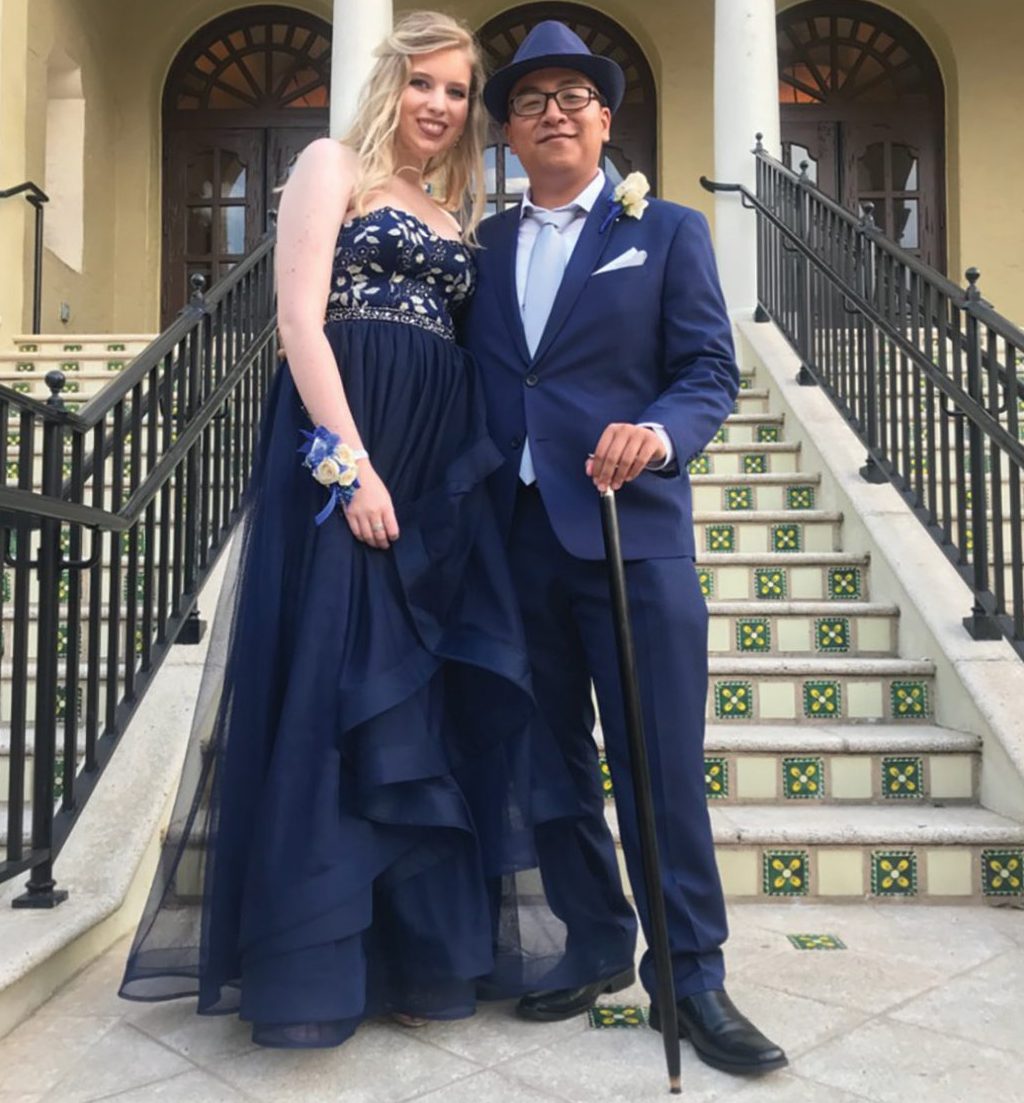 THE ROYAL KING AND QUEEN

Prom: the night to remember, the night we will never ever ever forget according to High School Musical. During the night, students who were part of the prom court were chosen to be prom king and queen. senior Ashley Ramadan and senior Michael Brown were crowned the honorable titles of prom queen and king. The two were given sashes, crowns, a bouquet of flowers and shared a dance.

“Winning prom queen was really unexpected. My boyfriend, Thanh Lee, first mentioned prom king and queen as joke so being nominated for prom queen was already unexpected. When the night first began, I was super nervous and had so much anxiety but as it continued that part of me changed and I had a lot of fun at prom. When they were announcing prom queen I was standing on the balcony so as I got on the stage it felt nerve wracking and scary, but having everyone yell and cheer for you, the feeling was indescribable. The moment in some ways was awkward because I didn’t know what to do with the bouquet of flowers and I don’t know how to dance. Honestly, it felt surreal being named prom queen and although the title wasn’t important to me, I still felt special. My first reaction when my name was announced was “Oh no I have to dance!”

“Prom was a really fun experience. I hadn’t been to a homecoming or prom in previous years so it was really fun to see all my friends dressed up and celebrate the occasion of us leaving. I was really surprised, because of what people thought about me. I heard a lot of people say things that were pretty nice, so it was an accomplishment for me personally. I wasn’t expecting to win but all the other people who were nominated are pretty cool. It felt surreal especially when they called my name, I went “huh?” Overall, standing on that stage, I was humbled and it felt nice to be recognized. Being prom king makes you feel like people have a lot of expectations of you and you have to look up to them.”