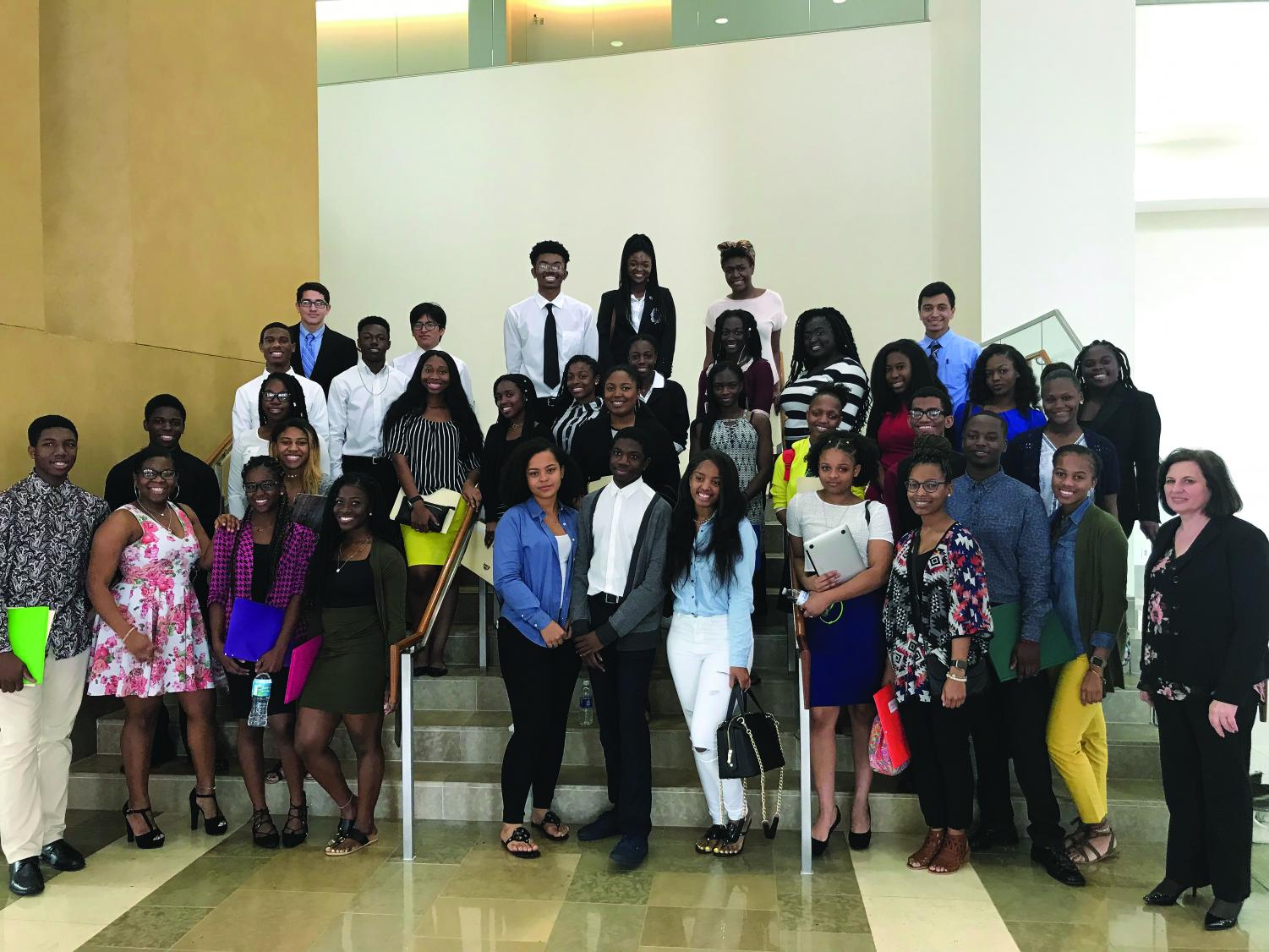 On January 24 to 25 Palm Beach School District held its annual Historically Black College-University and Hispanic Serving Institution Recruitment Tour. This event took place at the Palm Beach County Convention Center and served as an opportunity for students and their parents to talk to college representatives, be awarded scholarships, and receive acceptances into certain HBCUs.

Several students from Suncoast attended the event in order to learn about the different colleges and opportunities. “I decided to attend the convention because I always wanted to go to a Historically Black College or University. When I found out the school was going to an HBCU convention I thought it would be perfect to go and check out the different HBCUs and what they had to offer,” senior Jahnaya Muhammad said.

“The convention was very busy and there were many students surrounding several the college tables. The room was filled with many college representatives and frantic seniors with their transcripts applying to certain colleges who were accepting on the spot,” Muhammad said.

Over $9 million in scholarships were awarded which was a $1.5 million increase from last year’s event. Also 1,570 students were accepted into HBCUs by bringing in a copy of their transcript and presenting it to the representatives.

“At the convention I walked around and talked with many different schools, I presented my transcripts to two schools and I got accepted into Bethune Cookman on the spot,” Muhammad said.

HBCUs are nationally accredited universities and colleges that were created in the 1800s  with the mission of educating black Americans because they were not allowed to attend other colleges, according to the U.S. Department of Education. There are over a hundred HBCUs in the United States including Spelman College, Howard University, Hampton University, Morehouse College, and Xavier University of Louisiana.

“Personally, I’m still undecided as to where I would like to continue my studies, but I have a high certainty that I want to attend a HBCU because of the heritage of most of the schools and the information behind why the school was founded. I would like to increase my understanding of my own heritage and I believe going to a HBCU would help increase my knowledge,” Muhammad said.

The HBCUs provide students opportunities to explore their interests such as being accepted into band programs. Suncoast senior Michael Brown is going to FAMU for the major business administration and has received a scholarship for band.

“I have been exposed to FAMU’s learning environment since I was a freshman. Also I am an instrumentalist and I enjoy the school’s band program very much, I even eventually received a partial band scholarship from the university’s head director” Brown said.

Along with helping out aspiring students at the convention, programs for future educators were advertised at the event, such as the Future Educators of America Scholarship program, a scholarship of $1,500 a year for people majoring in education. These future educators had the opportunity to sign a contract with the School District’s Recruitment and Retention Office, which would allow for them to come back and teach in the county after receiving their teaching certificate and college degree.