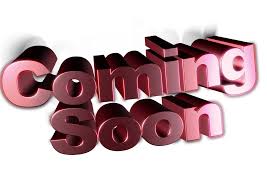 Movies, Music and TV Shows to look forward to in 2018.

It is  2018 and new movies, TV Shows and musicians are expected to debut or make a return to the limelight. Here is a list of new and upcoming movies, musicians and even returning TV shows that are expected to be taking over 2018.

Iron Man, Thor, The Hulk and the rest of the Avengers unite to fight their most powerful enemy yet, the evil Thanos, who is on a mission to collect all six infinity stones that inflict a twisted reality on humankind. The “Avengers: Infinity War” is a long awaited movie from all Marvel fans across the world.

Elastigirl springs into action to save the day, while Mr.Incredible faces his greatest challenge yet, while taking care of his own problems- his three kids. This sequel to the 2004 hit “The Incredibles” has been long anticipated by many who watched the original when they were young.

There might not be a season that is new or returning more anticipated than “The Handmaid’s Tale,” the Emmy winning show, The second Season of Bruce Miller’s adaptation of Margaret Atwood’s Novel will expand upon the world of Gilead to introduce the New Generation  Many Whom are “True Believers”of the Patriarchal oppressive way.

This series has been off the air for more than two years, but its return is highly anticipated . A private investigator with a very special set of skills, the second season of Jessica Jones is expected to be even more personal as Jones tries to put her life back together after the murder of Kilgrave.

Are you looking for a singer with a fiery soul and intoxicating vocals to match? Meet 26 year old Colombian Jessie Reyez, who bloomed in 2017 with her captivating Ep- Kiddo Reyez.  With unfiltered demeanor and a majestic voice, she captures listeners as they turn up the volume when listening to her.