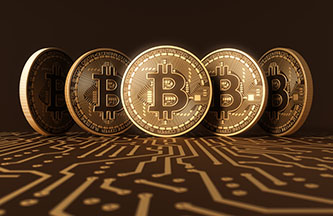 The year of 2017 was the year of the cryptocurrency, as the likes of Bitcoin, Litecoin and Ethereum have exploded in value and are continuing to skyrocket in price. The sudden growth in value of cryptocurrencies has been great for those who had invested in them earlier in 2017 or prior to 2017, as many people have become millionaires overnight. However, even people in and outside of Suncoast who are currently mining, like myself, are making making money as well. As their value rises, more and more people are getting in on this digital gold rush, as online retailers are running out of GPUs, graphics cards, to sell to eager miners wanting to get rich.

However, if Cryptocurrencies are to become even more valuable and useful, they must be able to be used more like regular currencies, so that average everyday people can go to a store like Target or McDonalds, and buy goods with them. So far, one of the only real-world use for cryptocurrency is buying expensive things like lamborghinis, courtesy of Moonlambos in England. Another is the online game store Steam was one of the only major companies to accept cryptocurrency as payment, but they stopped due to the transaction fee for cryptocurrencies being too high. If more major retailers would accept cryptocurrency payments, then cryptocurrencies could become much more valuable and useful outside of mining and selling them for cash or investinting in them through exchanges like Coinbase. But for now, the future of cryptocurrencies is full of potential and I don’t see them going away anytime soon either.