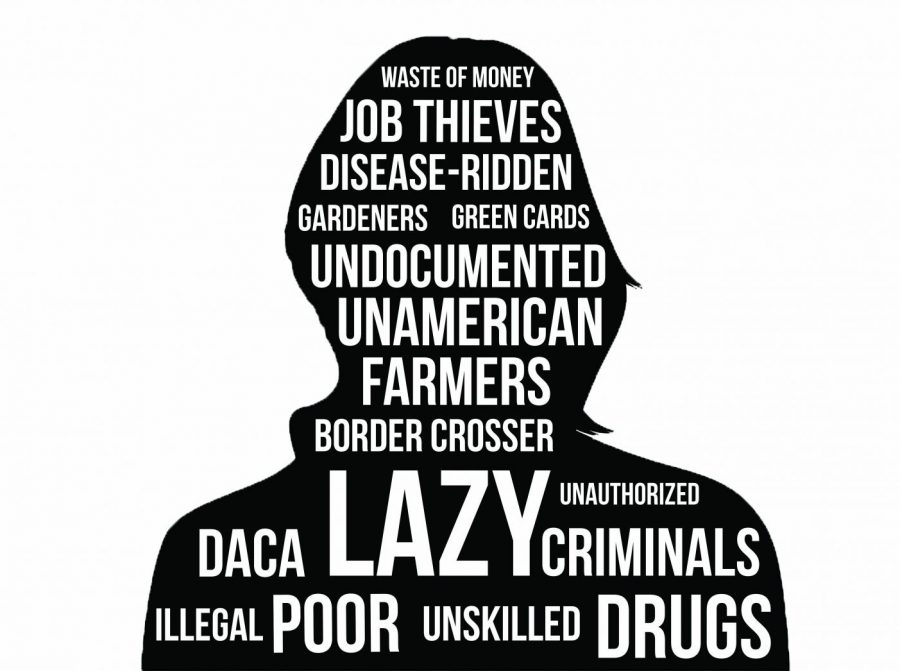 BACK IN THE SHADOWS

A Suncoast DACA student speaks out about the realities of being illegal.

The average American teenager’s major concerns at this age are getting through high school, worrying about applying to colleges, and maintaining the relationships they are building with friends, family, peers, and teachers. For approximately one million people of the teenage population in America, however, their days are filled with a heavy anxiety, an everlasting nervousness at what their newfound home has in store for them.

They are the Deferred Action for Childhood Arrival (DACA) students news networks have reported on; the people quietly roaming the same hallways as American citizens. They are the hopeful undocumented immigrants who came to the United States with their parents, wishing for a better life. A large number of them came at a young age, and for almost all of the DACA students, the United States is the only home they have ever known.

Undocumented students live under a veil of secrecy. The journey of Suncoast’s DACA students is that of dreams, hard work, and determination, but also of the constant fear that this opportunity for which they have been called Dreamers will be taken from them.

Junior Andrea Gonzalez* is one of these students. She shared the benefits she receives from the DACA program, and
her fears about being an undocumented student living during an administration that is hostile to those who are called illegal immigrants.

Gonzalez explained, “DACA is basically the rent I pay every two years to be allowed to stay in the country. I don’t get any full ride or whatever lie has been spread. I get protection from deportation and my worker’s permit. The benefit is I can now work and receive a check instead of cash thanks to the permit. In order to be granted DACA status, I must continue my education and I can’t be involved in any illicit activities or anything. I can file for my taxes and stuff since it provides me with a number.”

As an undocumented immigrant who came here when she was very little, Gonzalez expressed her fears of going
back to a country she knows little to nothing about, saying, “As much as I may praise my home country, it does
have its faults. To go back would be unimaginable. I’d be the gringa with an accent that would need to adjust to
being put back in the cage I had escaped from 11 years ago. Over a decade ago I left my home, and it’s been over six years since I’ve seen my family. My cousins don’t remember me and my aunts and uncles have grey hairs now.” The same is true for many of the immigrants who are receiving DACA benefits. Because they arrived to the United States at a formative age, their whole lives are based in the United States. All of the opportunities that their parents
saw in the Land of the Free are the same opportunities to which they now wish to be exposed.

When the Trump administration declared in September that it would go against its campaign promise of not touching the DACA program, American society exploded into jubilation by supporters and anger by the critics of the decision, but to those who would be most affected by the decision, it is recalled as one of the most tormenting moments of their lives.

Gonzalez recounted, “My family has been avoiding talking about the subject. The day it happened, we cried. The last time I had seen my mom cry was when her job took up so much time that she barely saw my grandma when she visited. My mom is the strongest human being I know. To have seen her cry broke something inside me: the hope I had that they would do the right thing and understand that we aren’t here trying to steal anything or take over the country. We are looking for a more permanent solution, but there are so many obstacles set in the way of immigration, especially for Mexicans, that it seems impossible at times.”

Although President Trump has declared that his administration will be seeking to end DACA, he has given Congress six months to be able to provide America with a more stable solution to the Dreamer issue. For months, student activists have taken to the streets to advocate for a clean DACA bill, one that would guarantee protection from deportation to those who have made America their adopted country, the students who dream a dream.

Since the announcement, Gonzalez has been living on edge, even more than before President Obama created the DACA bill. Gonzalez mentioned, “It’s been terrifying. We’ve always known about these stories and have heard all the tips to make sure your loved ones are safe should they come for you. With the threat of having my protection removed, I’ve become paranoid at any knock or government letter we receive. Not to mention the stories
of Dreamers having their DACA removed prematurely in order to deport them for something as simple as a broken tail light.”

In the end, dreamers like Andrea Gonzalez are not here to take jobs away from hardworking Americans, nor are they
here to increase crime. They are here for the same reasons as the millions of immigrants who have embarked on
the quest for the American Dream for generations.

Gonzalez finished, “I have freedoms that I never would have experienced if my family had stayed in Mexico. My
entire life and future is in this country and it’s terrifying to think that if Congress doesn’t do something, everything I’ve planned and dreamed of will be taken from me. Mexico may be my origins, but the U.S. has slowly become my home — even if I’m not welcomed.”

*Name has been changed.