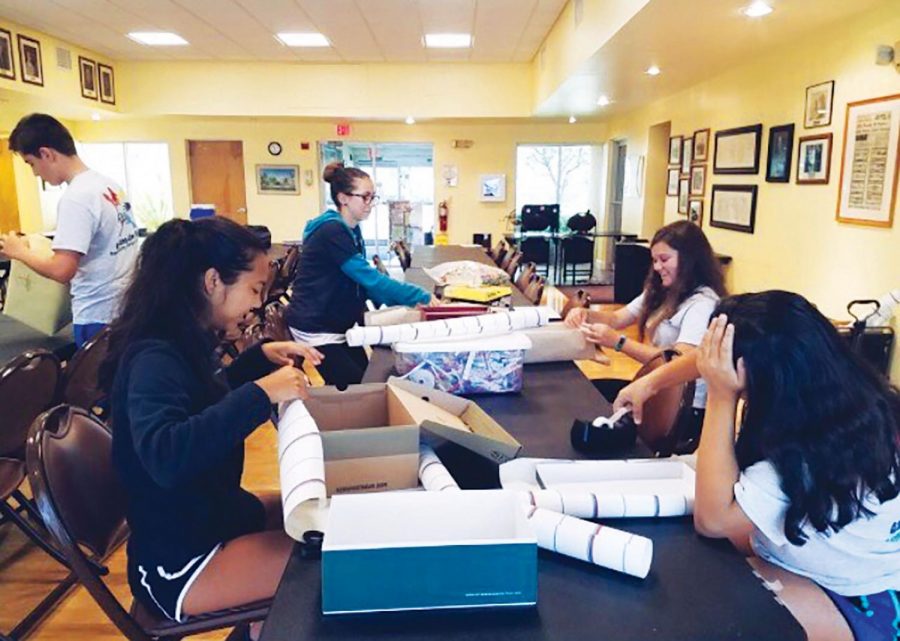 Homelessness is on the rise, so a Suncoast student decided to help out those in need.

In 2014, Elle Chumlongluk attended a local camp which made it possible for her to volunteer at non-profit organizations around the Palm Beach Gardens area. While she passed out food, toys, and clothing, it dawned on her the value of having a home, and how fortunate she was to have a roof over her head.

Chumlongluk said, “Throughout Palm Beach County alone, there are over two thousand children that have no home to go to at night; many do not even know where they are going to get the next meal.” Chumlongluk knows this figure by heart now, but before, when she was merely a volunteer helping out in whatever way she could, she decided to call her nearest non-profit organization in order to become more involved.

Unbeknownst to her at the time, however, as soon as she had made the call, she had indirectly created Shoes to Fill, an organization Chumlongluk developed when she was seventeen. In her own words, she described Shoes to Fill as an organization “to help limit the growing population of homeless families and make homeless children feel valued within my community of Palm Beach County. My goal is to help provide resources, supplies, and food to the homeless families throughout my community through donations within shoes boxes.”

Why the shoe boxes? Chumlongluk wanted the children receiving the items to feel as though it were the holidays, opening presents and not knowing what was inside the almost badly-wrapped box by teenagers. For the adults, the shoe box meant that people were doing their best with what they had.

Elle’s biggest event was the summer before her senior year. Amidst college applications and her Extended Essay, she hosted an event where volunteers were able to  wrap the shoe boxes as well as gift the boxes to little children. Chumlongluk said, “I hosted a large event at the Lord’s Place. At least 30 volunteers helped pack the boxes and distribute them to the children residing at the Lord’s Place. There were over 70 children who came to the event and were given shoeboxes. The amount of appreciation from the Lord’s Place was inspirational.”

Being a high school senior and working on an organization is of course troublesome, and Chumlongluk suffers from learning how to balance her abundance of responsibilities. She stated, “Some challenges I have encountered since I run this organization myself is managing time with all the school work, extracurriculars and the organization all at the same time. However, over time I have adjusted to the new schedule.”

To get involved with Shoes to Fill, the senior is partnering with Girl Up and Kardz for Kidz soon in order to receive more donations and to be able to impact the lives of a wider range of children who need the aid. “Anybody can volunteer if they would like to, just join our remind at 81010 @stfcoast. Donation boxes will also be present throughout the school.” The donations Girl Up, Shoes to Fill, and Kardz for Kidz will be looking for are but are not limited to toys, clothing, toiletries, feminine sanitary products, shoeboxes, and books.

Nonetheless, Chumlongluk expressed that this is what she loves to do, and hopefully what she will continue to do whence she goes on to college. Chumlongluk concluded, “In the future, I hope for the organization to expand to other communities. Homelessness is a worldwide issue that is in need of help.”