Ariana is madly in love and back with a new album. 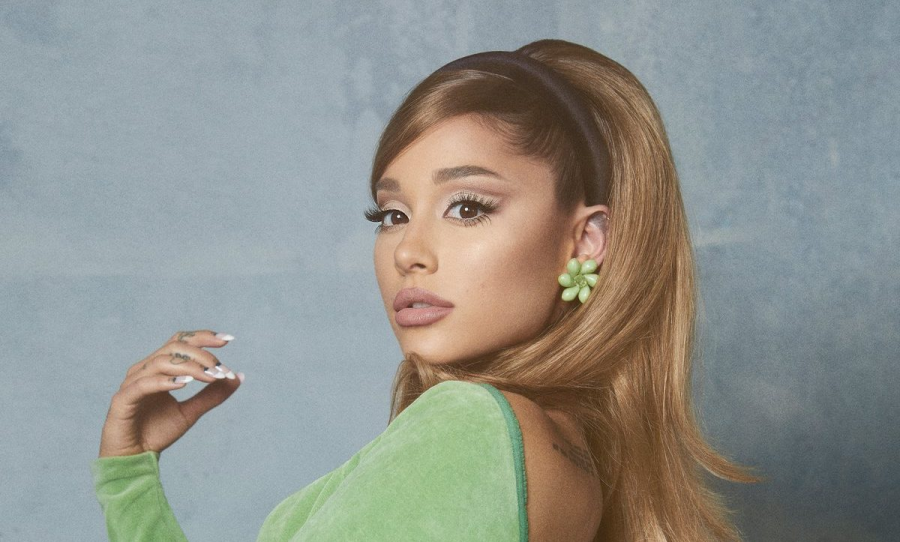 Her past two albums “Sweetener” and “Thank U, Next” were both written during a difficult time, following a Manchester Arena Bombing that killed 22 people, the death of her ex-boyfriend Mac Miller and a public relationship and breakup with her ex-finance Pete Davidson, as opposed to “Positions,” in which she helps embrace a new relationship and shed light onto the next chapter of her life. She mentions that “all them demons helped me see differently, so don’t be sad for me.”

In March, TMZ reported that Grande had been spending time with Gomez at her home in Los Angeles during quarantine, and that the couple had been “seeing each other for several months now.” Their relationship was then confirmed in May, when Gomez appeared in Justin Bieber’s music video “Stuck With U” cuddling and kissing Grande.

“Ariana’s new album was definitely inspired by her current feelings and relationship. She is in love and definitely wanted to express it on the new album. She wanted it to be very flirty and somewhat sexual. She’s truly in a great place and is doing well,” according to E! News insiders.

The 14-track album has a mix of pop, hip-hop and R&B. It also features a number of collaborations, including “Safety Net” with Ty Dolla $ign, “Off the Table” with The Weeknd and “Motive” with Doja Cat.

Junior Aasma Tipnis said, “It’s hard to choose but I personally think that “Safety Net” is her best song on the album because I can relate to it.”

“Safety Net” is a vulnerable slow jazz song about her learning to open herself up again after the pain of lost relationships. She admits, “I’ve never been this scared before / Feelings I just can’t ignore,” before singing the uncertainty she feels, “Don’t know if I should fight or flight/But I don’t mind.”

On the other hand, junior Arabella Hertelendy said, “I kinda like the 60s vibe her songs have. And they’re all really meaningful, but “Off the Table” has to be one of my favorites.”

“Off the Table,” a duet with The Weekend, is a song about the idea of loving someone after a loss. It is also about Grande’s anxieties over moving on after “the one” leaves. “Do I sit this one out and wait for the next life?” she sings, as her voice blends with the Weekends, “I’ll wait for you, even though it always feels like I’ll be number two/ To someone you can’t hold anymore,” he sings.

Grande’s ability to voice her personal life and open up about her struggles on the album with a few hints of explicit lyrics and harmonies helps fans feel connected to her. It is also refreshing, as she transitions away from pop by effortlessly mashing the contrasting genres and incorporating R&B along with trap beats, guitar and violin to keep her pop sound distinctive.