A historical club has had a recent resurgence. 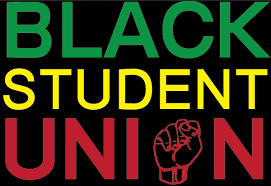 The Black Student Union has recently taken a more active role at Suncoast. They participated in the Heritage Assembly, in the tribute on the anniversary of the Marjory Stoneman Douglas shooting and led school dances at lunch in celebration of Black History Month. This group, which has attracted seemingly new attention at Suncoast, actually has a storied and important past.

Black Student Unions first appeared amid the civil rights movements of the 1960s on a University of Washington college campus. Civil rights leader and Black Power advocate Stokely Carmichael visited the campus in Seattle and gave a speech to a crowded audience. Founding members of the UW BSU attributed their activism to Carmichael’s words.

“The purpose of Black Student Union is to spread word about the black students in our school and about our culture,” Francisco said.

The group worked to accomplish this goal by putting on performances and hosting events centered on black culture for all of Suncoast to attend. They recently represented Africa with a dance at the Heritage Assembly, which served the dual purpose of creating black pride within and outside of the group and educating others about African American ancestry. With their student dances during lunch, the Black Student Union showed the school the more modern musical aspects of black culture in the setting of Black History Month. For Black History Month as well, the group created electronic news packages on famous black people for WRSN. The Soul Food Luncheon introduced students to the culinary aspect of modern black culture.

“Their dance was fun to watch and the facts on the announcements were really interesting,” freshman Kayla Pham said.

In a school as diverse and dynamic as Suncoast, it may be argued that the need for Black Student Union has disappeared. But Black Student Unions serve many important purposes. They first and foremost create a social network of like-minded individuals and give guidance to minority students. Francisco said that one of the reasons she joined Black Student Union is because she wanted to know more about supporting her black schoolmates.