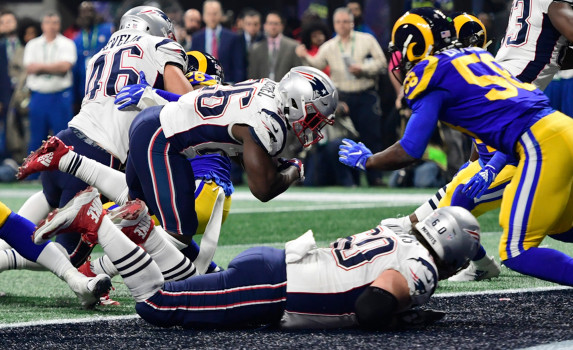 ATLANTA, GA – FEBRUARY 3: Sony Michel goes in for a touchdown in the middle of fourth quarter to Super Bowl LIII at Mercedes-Benz Stadium in Atlanta, Georgia on February 3, 2019. (Staff Photo By Christopher Evans/MediaNews Group/Boston Herald) (BH)

ATLANTA, GA – FEBRUARY 3: Sony Michel goes in for a touchdown in the middle of fourth quarter to Super Bowl LIII at Mercedes-Benz Stadium in Atlanta, Georgia on February 3, 2019. (Staff Photo By Christopher Evans/MediaNews Group/Boston Herald)