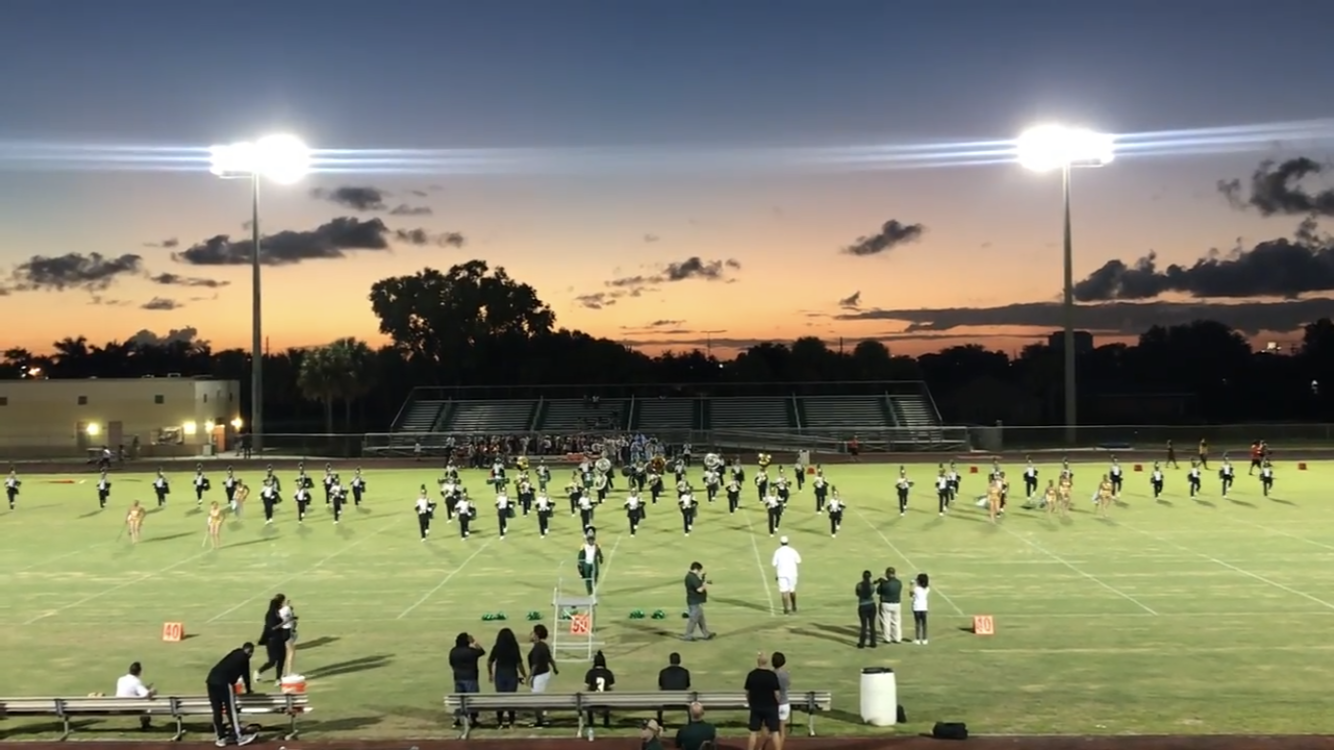 BAND IS A SPORT

Marching band should be considered a sport.

The blazing afternoon sun beats down on the marching band. These students work tirelessly for hours to get ready to play in pep rallies, at the football games and in competition. If you think that band is just an easy elective where you play an instrument and march around, that is not the case. It is a complicated form of band where you must have many skills to participate. Some of the elements, like the strength needed to carry the heavier instruments, the air support needed to play the instrument and the constant moving around make the Chargersonic band similar to our sports teams at school.

“During the season you have to memorize at least ten different spots and go to them in a specified order,” freshman Tassabih Abdalla, who plays the clarinet in the marching band, said. She also stated, “There are plenty of physical challenges and demands of being in a competitive marching band,” which is shown by the intense requirements.

To play in a marching band, you need both physical and mental stamina. You have to train for elongated periods of time to be able to perform correctly. It is similar to how sports players must memorize plays and know where to be at all times, and has the same pressure to know your place as sports. Even though the marching band does not compete in games, they go to competitions and still have to prepare for the sports games and other events that they play.

“Marching band has gone to these high choreographed visual shows where performers are literally running around the field at very high [speeds] with heavy instruments while playing very difficult passages,” Abdalla said.

Another characteristic band and sports share is the competition aspect. Both groups wear uniforms and go to competitions, and work just as hard as the other does. Even though one group plays on a court or a field, and the other is marching across a field, the same amount of effort is put forward.

“They wear uniforms, as all other sports do, and they compete. These aspects of marching band fulfill aspects of mainstream sports,” said Ilise Hyams, grade 9, who is a volleyball player. She believes marching band should be considered equivalent to playing a sport, because the students participating train just as much as athletes do.

In the marching band, the players need to have the ability to play while moving, and not only are they doing this, but they must also play difficult passages of music. A band member needs a high lung capacity and the strength to hold the instrument, depending on which instrument they play. For example, a baritone player holds more weight than a flute player, but a flute player must use their air to play difficult passages quickly. In order to do this, you must have similar conditioning to a sport.

“The sport elements of band are that you have to think about what [is] coming up, what your role is as a whole to everything, how you can improve to help the group as a whole. You have to know how to play with musicality and give life to the songs you play […] as well as continue through the whole parade or march with everything being up to standards,” Sara Mohamed said, grade 10, a trumpet player in the marching band.

Marching band also presents the same challenges that a student athlete has, like having to balance homework and band. The same benefits you gain from playing a sport, though, you can also gain from participating in the band. In both activities, you can make new friends and have new experiences.

“To me personally, it can get difficult at times but I feel that I personally know what I can handle and space it out when necessary,” Mohamed said.

The marching band even spends as much time practicing year-round as other sports, and has a specific season. While some sports condition to get in shape for the season, the band practices in the fall, spring and summer to perfect their routine and improve their ability. While the football team is practicing plays and throwing balls, the band is memorizing a complex routine, where you have to know where to stand and what to play. Marching band is just as hard or sometimes harder than some sports, and should be considered as such.